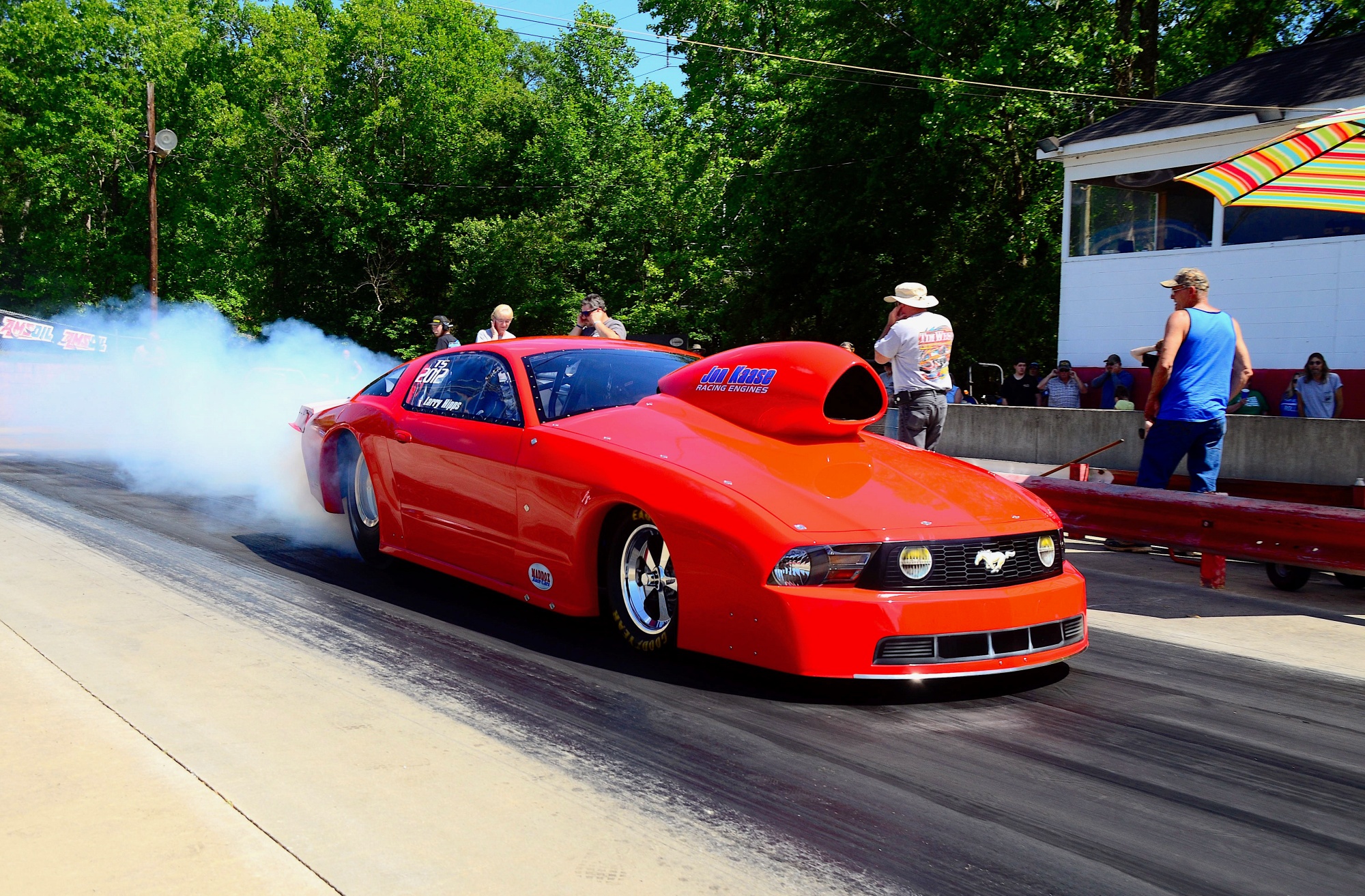 If ever there was a racing club that’s brimming with stiff competition and tons of diversity, not to mention dedicated members who thoroughly love racing together and ultimately just hanging out together, then look no further than the WSC 4.90 Outlaws.

The name of their game from a racing standpoint is pretty straight-forward: see how close you can make your car run to 4.90 seconds in the eighth mile without going quicker, all while leaving the starting line by way of a fan-pleasing, five-tenths Pro tree.

The ladder of eliminations is based on a 16-car field, but in reality it’s an all-run program so that no one who comes to race is left out. Average car count per event is around 18 skilled drivers, piloting some of the most diverse race cars you could imagine on the same property, all striving to run the 4.90 index. Fords, Dodges and Chevys are all represented, along with a few other rarer model vehicles.

As long as your entry has doors, you’re welcome to participate with this group. “It’s really wide open and the possibilities are endless,” says Dan Whisnant, the man who’s widely regarded as the group’s leader, as well as a disciplined 4.90 racer in his own right.

“Just don’t show up with a dragster with doors cut out…we’d have to shut that deal down,” he laughs, insisting that this is exclusively a “door car” club. “But hey, if a guy showed up with a pick-up truck and wanted to race, we’d love to have him, just as we’d welcome someone with an import car, but we’d certainly take a close look at what he had,” laughs Whisnant.

Gender lines are also erased within this club. “We’ve got a lady in Kentucky who’s building a car right now and says she wants to race with us, and she’ll certainly be welcomed.”

The performance rules for achieving the 4.90 index are very few, but some do exist. “We don’t allow throttle stops or any kind of plate underneath the carburetors. Nitrous timers are OK, or if you want to short-shift your car because it’s too fast, that fine. If I see a guy who runs 4.90 over and over then sure, I’m gonna go look at his car. I want to keep things on a good, level playing field, ” Whisnant declares. 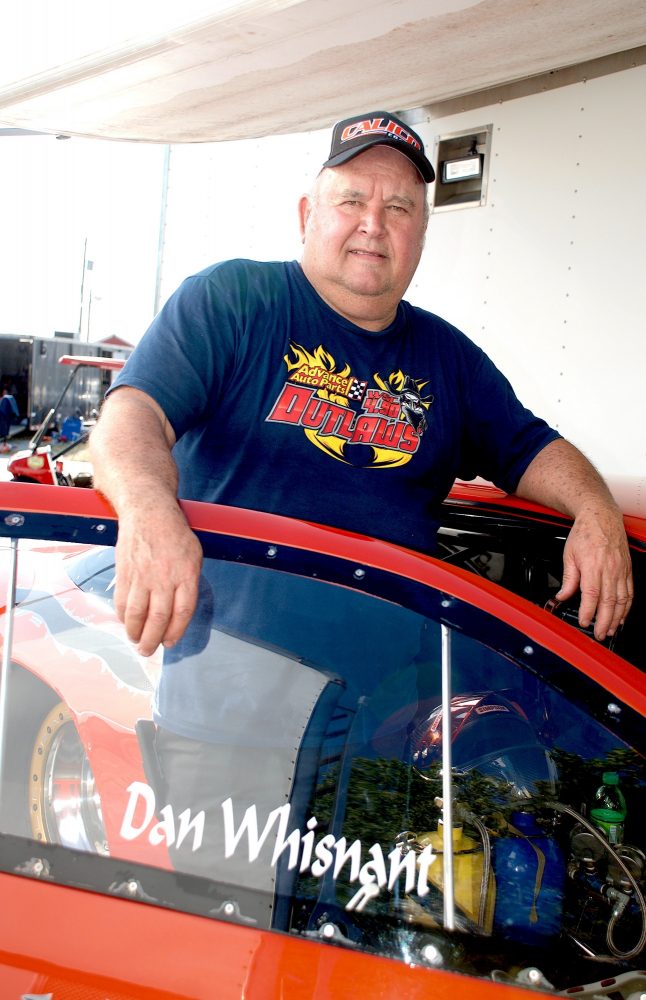 Whisnant insists the club is largely self-governing, with little input from any one individual, himself included. “We have a set of rules in place that we go by, and if ever there’s a situation that’s not clearly outlined in the rules, I call upon several of the veteran members, and we’ll come to a resolution by way of a vote,” he says.

Throughout the racing season as well as the offseason, Whisnant is constantly in search of sponsors who’ll support the club, and he’s had great success. “Any good program needs a points series,” he believes. The club generally holds around 16 point-earning events contested at various tracks located in the Carolinas, after which, an awards banquet is held honoring the top finishers and crowning a champion. The racing action is incredibly tight, and seldom is there any hints of dominance within the group.

In fact, only veteran racer, Randy Anderson, has been able to clinch the championship twice. Anderson strung together a couple winning seasons in 2014 and 2015. He’s very vocal of his fondness for this style of racing and has participated with the WSC 4.90 Outlaws since its inception. He won the season-opener at Shadyside Dragway this year, driving his familiar 1967 Camaro, a car he’s owned and raced for more than three decades.

Drag Illustratedcaught up with the group at their second meet of 2020, held at South Carolina’s Greer Dragway in mid-May. Eighteen hot cars showed up to do battle, all while showcasing the incredible diversity of this touring series.

Among the neatest entries in attendance was Chris Carter’s radical, blown 1969 Plymouth Barracuda, aptly named “The Blown Fish.” Carter, who hails from Elizabethton, Tennessee, is a fan favorite among Mopar enthusiasts, but unfortunately, he made an early exit from eliminations during this meet, after going red against veteran racer Michael Martin in round one.

Another sleek ride for the nostalgia fans at Greer was the gorgeous 1957 Ford Fairlane of Jeremy Sisk. Although Sisk is part of a bracket racing family that possesses no less than three race cars, this was Sisk’s first-ever entry into the WSC 4.90 Outlaws. He qualified well, and was out of the gate first against Dale Freeman in the opening round, but Freeman’s 4.938 was enough to chase down the Fairlane, which stopped the clocks with a 4.969 elapsed time. 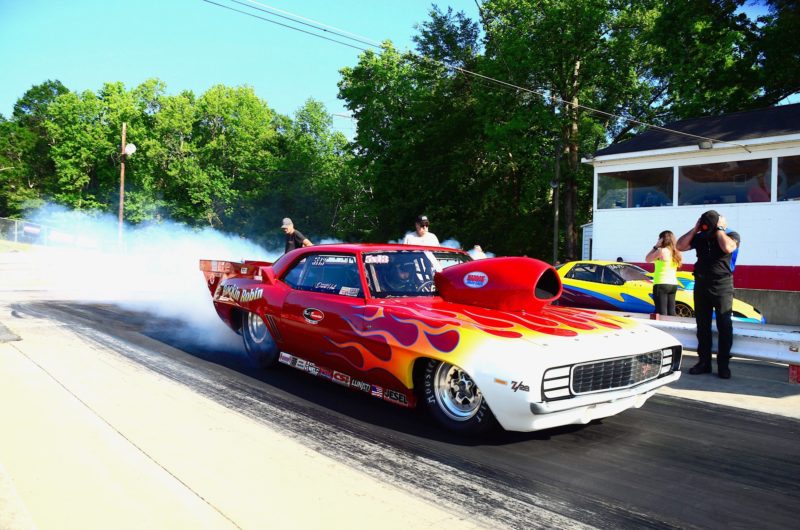 Another racer making his debut in the 4.90 club was Greenville, South Carolina, native David Hall, driving the beautiful Dale Maddox-built 1969 Camaro called “Rockin Robin”. Hall has experienced much success at the Greer facility, including two championship seasons, 2010 and 2017. Hall took several win lights at this meet, including a first-round matchup against Dan Whisnant, driving his 2007 Cavalier, a car that was previously owned by Mike Edwards and raced in NHRA’s Pro Stock division. Whisnant experienced mechanical issues during the opening round, allowing Hall to advance. Hall drove well throughout the day before finally being stopped in the semis by eventual winner, Michael “Spud” White. 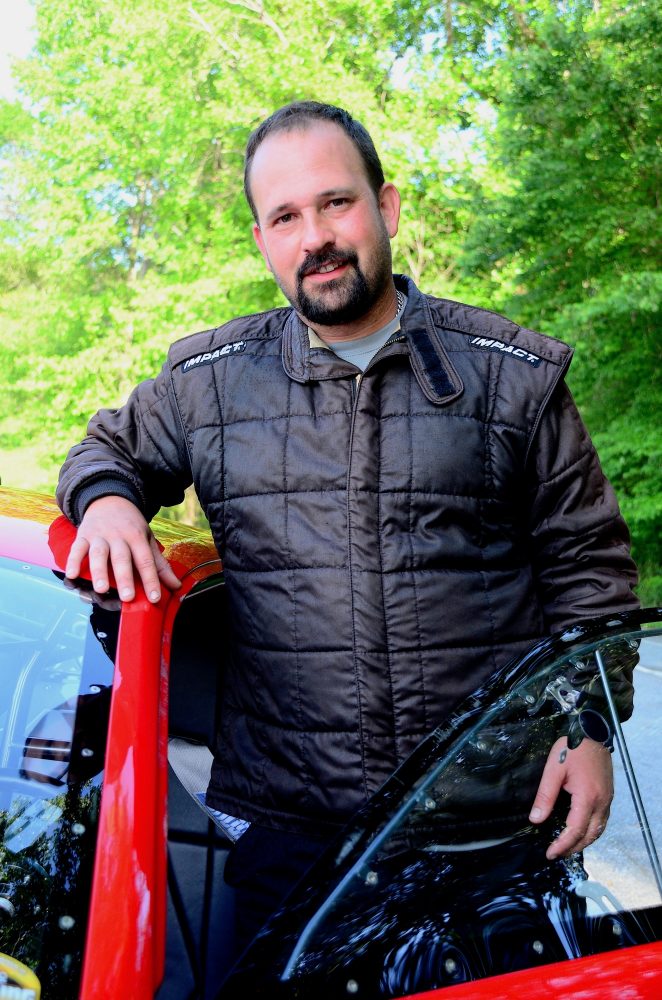 That brings us to possibly the cleanest, slickest race car entered at the Greer meet: the 2012 Ford Mustang owned by Larry and Tammy Hipps. They affectionately named the car “Plain Jane” since its deep red paint possesses very few decals. It’s motivated by 598 cubic inches of Jon Kaase power, and their driver is no slouch either, as the aforementioned Michael White pilots this sleek ride in the 4.90 group when he’s not on tour with the PDRA.

It took five rounds of win lights for White to emerge victorious, the last against Howie Adams, who left a fraction too soon and drew the red light. Adams’ Pontiac Grand Prix was dialed in closer to the index, clocking 4.939 to White’s 4.948, but the red light start instantly gave the trophy to White and the Mustang.

The WSC 4.90 Outlaws will make several more stops at Greer this season, as well as other area tracks throughout 2020. “The COVID-19 situation has affected our schedule, so we’re still working out the details on several of those dates,” says Whisnant.

The one thing that’s never in question though is the camaraderie and friendship that this group produces. “It’s what I like best of all!” insists Whisnant. “My wife, Helen, is also a huge supporter of what I do and our daughter, Gail, is a gearhead who travels with me to the races. Basically, we’re a group of people who all love doing the exact same thing, so how could it get any better than that?”