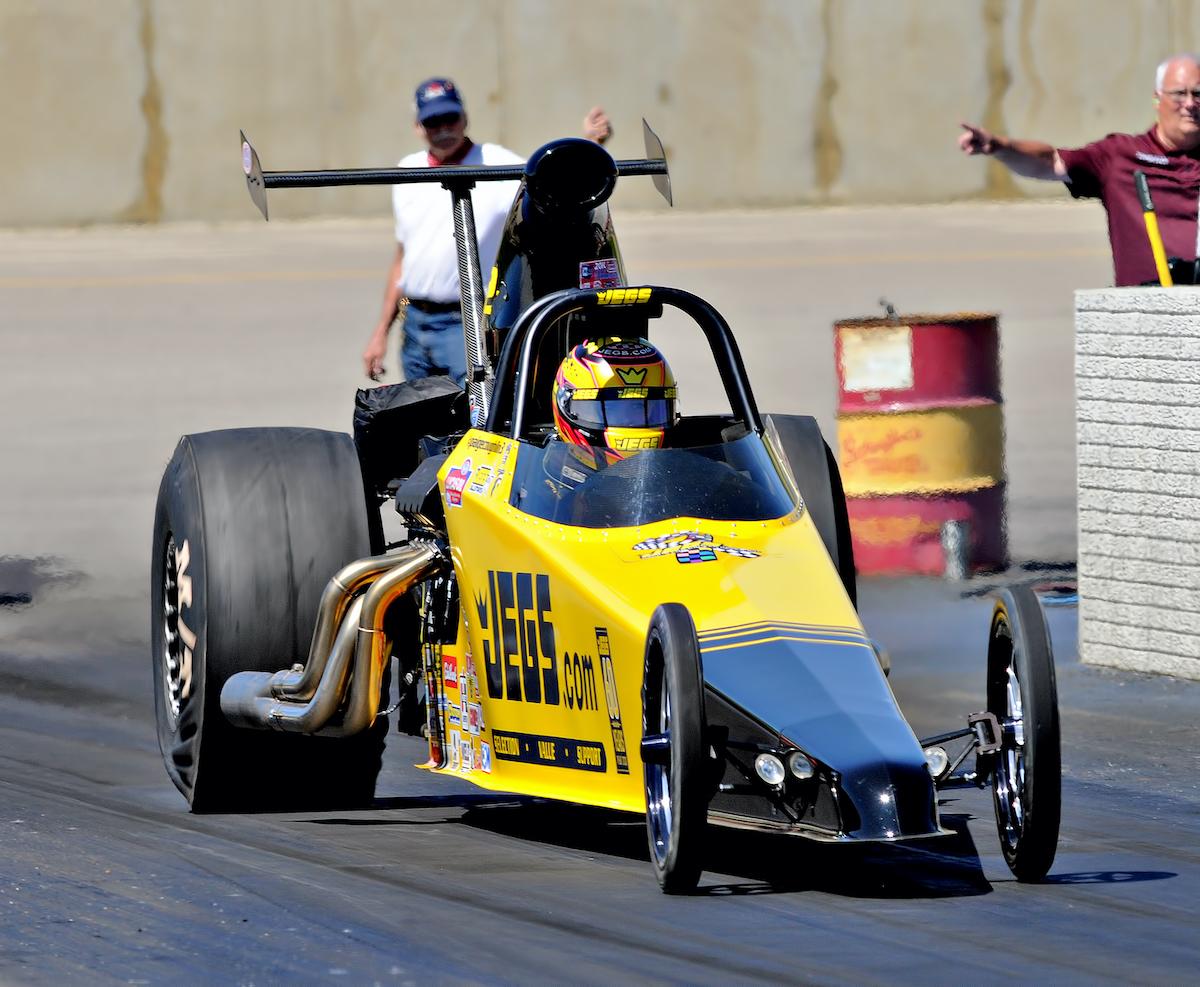 A record number of seven members of Team JEGS will be participating in this year’s recently-added JEGS Performance Summer Fling presented by Optima Batteries at National Trail Raceway, the home track of the famous Coughlin clan.

Jeg Jr. will be doubling-up each day, as he plans to compete in both his JEGS.com dragster and the crowd-favorite JEGS.com Chevy II wagon.

A student at Ohio State University, Jack will allow his father Mike, a three-time Division 3 champion, to pinch-hit for him until he breaks free from his classes later in the week.

Joining Jeg Jr., Mike and Jack will be Pro Stock ace Troy Coughlin Jr., who, like Jeg Jr., will compete in two cars, a dragster and a Corvette Roadster. His sister Paige and cousin Makenna Brown will round out the team in their own dragsters as soon as their school week ends.

This is the first time in the 12-year history of the “Fling” series of bracket races that four events are taking place in one season. Like the other races, competitors can pick and choose what races they want to contest, with newcomers allowed a single timed run at the start to gain data on the track.

Wednesday features the FST Carburetors “Wednesday Warm-Up” which awards the winner a cool $15,000. American Race Cars have posted the prize money for two $25,000-to-win races, one Thursday and another Friday.

The No. 1 race everyone has their eyes on is the ATI Performance Main Event, where someone will walk away with a whopping $100,000 top prize.

Saturday’s final, sponsored by FuelTech, is worth $25,000 to the victor.

One-off “Dragster vs. Door Cars” and “Dragster vs. Dragster races” will fill out the schedule each day. Additionally, more than $50,000 in products will be given away. There also will be various bonuses available for drivers recording .00X and .000 reaction times.

In honor of Fling co-founder Kyle Seipel, who passed away earlier this year, there will be a racer selected for the :”Never Give Up” award, for overcoming the most adversity to race at this event. This special honor includes a custom crystal plaque and $1,000, courtesy of the Summer Fling and Rob’s Automotive, Collision and Towing.

All of the action will be streamed live as it happens on MotorManiaTV.com at no cost, thanks to sponsorship from Strange Engineering.

More information can be found at www.BracketRaces.com, the Spring Fling Bracket Races Facebook page, or by texting the word “COLUMBUS” to 74121 for race info and updates.