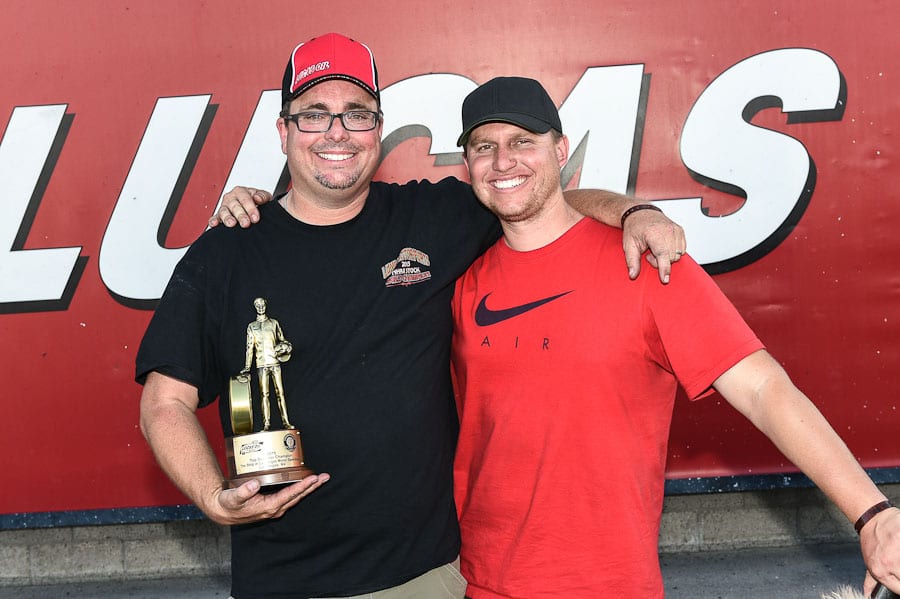 Lamb is coming off four consecutive final rounds, including victories at the Sonoma and Seattle divisional races in his Silverstate Plumbing Cobalt. The series of late-round finishes has Lamb leading Super Stock points nationally and in Division 7.

“The four finals don’t really affect my mindset,” Lamb said. “Those races are done and over with – you can’t change them. They almost don’t matter. My mind is on what I need to do to win the championship at this point. The crazy thing is I won the world championship two years ago with one less point than I have today. You would think I would be looking good, but there are so many good guys behind me who all have the potential to pass me fairly easily. Even coming off of four finals, I still have a long way to go. I have three divisionals left to claim and I need to go a lot of rounds at at least two of those. That’s the biggest thing, just trying to continue winning rounds and picking up points.”

In addition to his Super Stock entry, Lamb will continue to break in his new Redback Boots ’17 COPO Camaro in Stock. Woodburn is just the fourth race for the EFI-equipped COPO he brought out midseason in place of his trusted ’70 Camaro.

“I’m still learning with it. I’m obviously racing for points in both classes, but more so in Super Stock, and it’s fun having the new combination. Instead of worrying about points in Super Stock, I’m more worried about making the COPO run. It’s almost been a benefit just to take my mind off the championship chase. Not only that, I always think it’s fun to try something new. I enjoy tuning and setting up the cars just as much as I enjoy driving them. I enjoy the challenge of a new car, getting used to driving it and getting it to work right. It can be frustrating, but it’s a lot of fun when you’re making progress,” admitted Lamb, a national-event winner in six different classes.

“Drag racing definitely messes with your head,” Seipel said. “If you’re on a winning streak, you go to the track thinking you have a better chance of winning. It’s nice going into a race knowing the car is running well and I’ve been driving better than I have in some time. I definitely feel confident, but it doesn’t matter how much confidence you have – you’ve gotta make sure the thousandths (of a second) fall your way.” 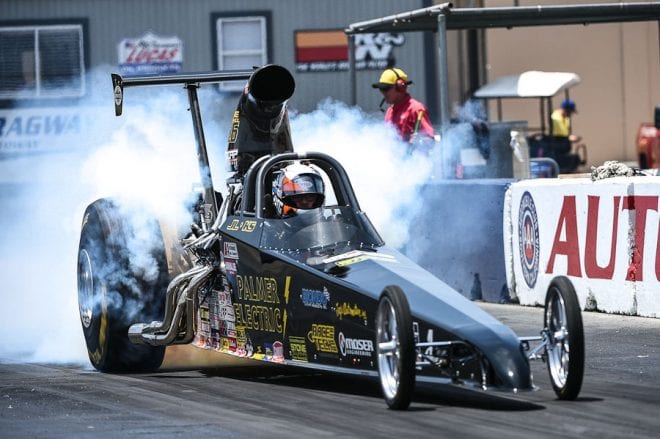 Seipel was also the runner-up in Top Dragster at the DENSO Spark Plugs NHRA Nationals in Las Vegas earlier this spring. With a strong showing at national events, Seipel now shifts his focus to divisional competition at this weekend’s race in Woodburn, as well as a double divisional at Rocky Mountain Raceways in Salt Lake City, Utah, Sept. 21-24.

“For Justin and I, as far as points, it’s a very big two-week span. It’s going to be make-or-break time. This is crunch time. All the cars need to be running well,” added Seipel, who also drives the team’s Race Tech Super Comp dragster.

Based in Henderson, Nevada, near Las Vegas, the Lamb Motorsports team considers NHRA’s Division 7 their home. The Woodburn event will be their second time venturing into Division 6 territory this season, which means different competitors and a slightly different event schedule.

“The biggest thing with running Division 6 that we’re not used to is you get five or six time runs,” Seipel said. “We’re used to getting two or three runs at a national event and three or four runs at a Division 7 race, but you get five or six time runs up in Division 6. That probably has more negatives than positives for us because the more time runs you get to make, the tighter the packages are going to be for first round. It’s like throwing darts. If you throw two or three darts, you’re not going to be as close to the bullseye as if you throw five or six darts. You start getting in a groove. That has pluses and minuses. It keeps us on our toes because we know the competition will have some tight packages first round. We know we have to perform exceptionally well to win rounds at Division 6 events because of that factor.”

Competition at the NHRA Division 6 race at Woodburn Dragstrip, Sept. 15-17, will begin with time trials at 9 a.m. on Friday. Time trials continue Saturday at 9 a.m., followed by eliminations at 9 a.m. Sunday.