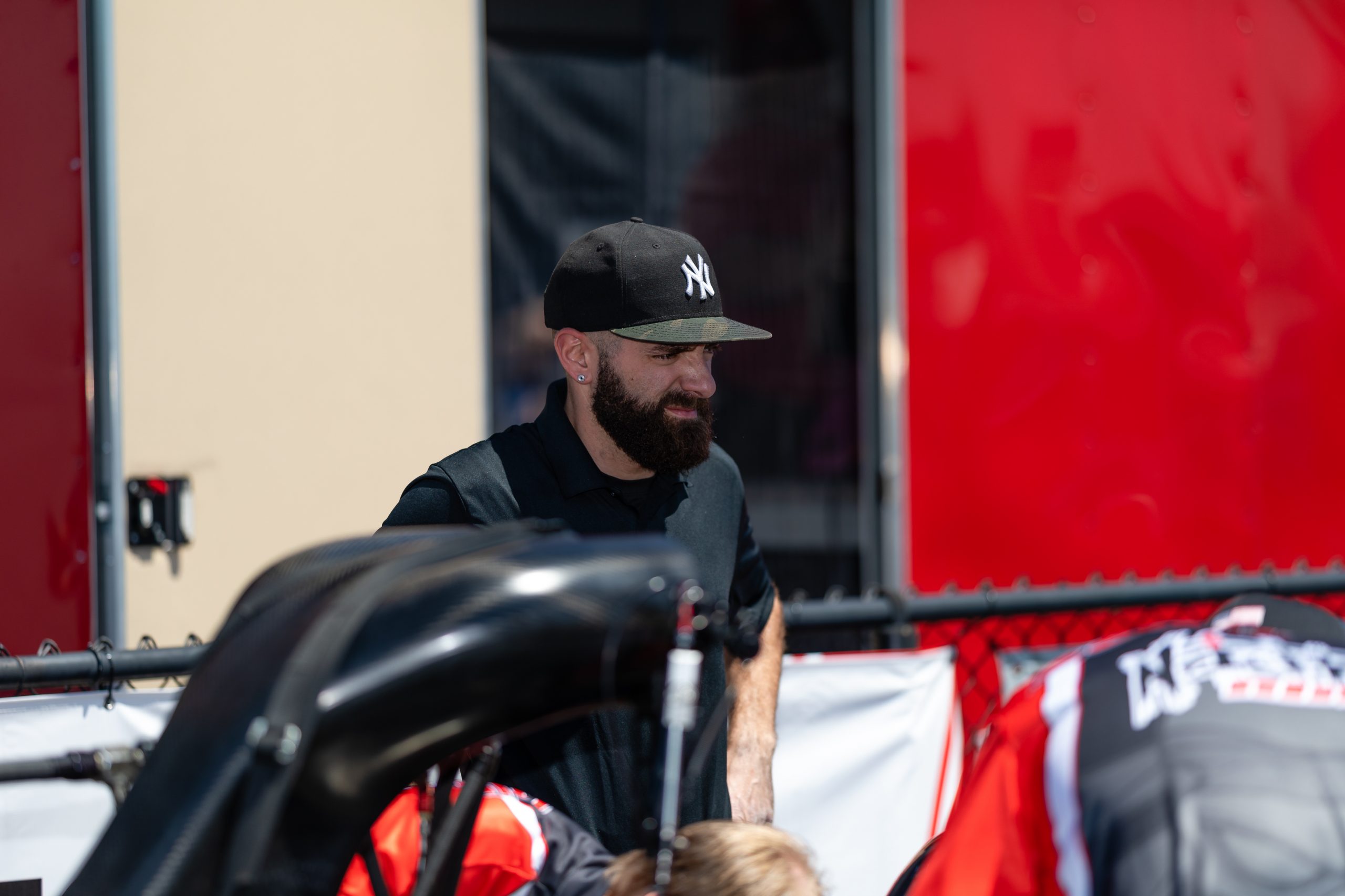 Lagana Racing posted an update to social media on Friday regarding the status of Dom Lagana, who was critically injured in a signal-car accident last Sunday.

The crash happened near Lucas Oil Raceway at Indianapolis, and passengers in the ’57 Chevy wagon included former Top Fuel driver Richie Crampton and Jake Sanders. Their injuries were not considered life-threatening, and Sanders was released from the hospital early this week in the first bit of great news. Crampton remains hospitalized, but multiple news sources reported Lagana suffered life-threatening injuries.

A great deal of challenges remain for Lagana, a successful Top Fuel driver who currently works on the two-car Torrence Racing team of Steve and Billy Torrence, but the Lagana family has been encouraged by the wave of support surrounding him.

“It’s really hard to express in words the gratitude for all of the support shown for Dom. Dom is a perfect 10 when it comes to love, honor, being positive and most important his kindness to everyone. Dom is in the battle of his life right now and so many people have stepped up to help him. Each day there are improvements and each day there are new challenges. This will be the norm for awhile for Dom.”

The post also praised the drag racing community for rallying around him, Crampton and Sanders, and it’s gone far beyond positive messages on social media.

Close friend and Torrence Racing teammate Gray Pritchett started a GoFundMe for Lagana and Crampton, and more than 500 people have donated in just two days, raising more than $125,000 in the process.

Beyond that, the show of support from drivers, teams, sponsors and more has been incredible, showing the impact the popular Lagana and Crampton have had in the sport.

Crampton raced in the Top Fuel ranks for Kalitta Motorsports last year and was slated to race Jonnie Lindberg’s Top Alcohol Funny Car at the U.S. Nationals next month before the crash took place.

Sanders, a successful engine builder in his shop in Indianapolis, also worked on the Torrence Racing team, and was a member of Drag Illustrated’s 30 Under 30 in 2018.

We will continue with updates on Crampton and Lagana when they become available.