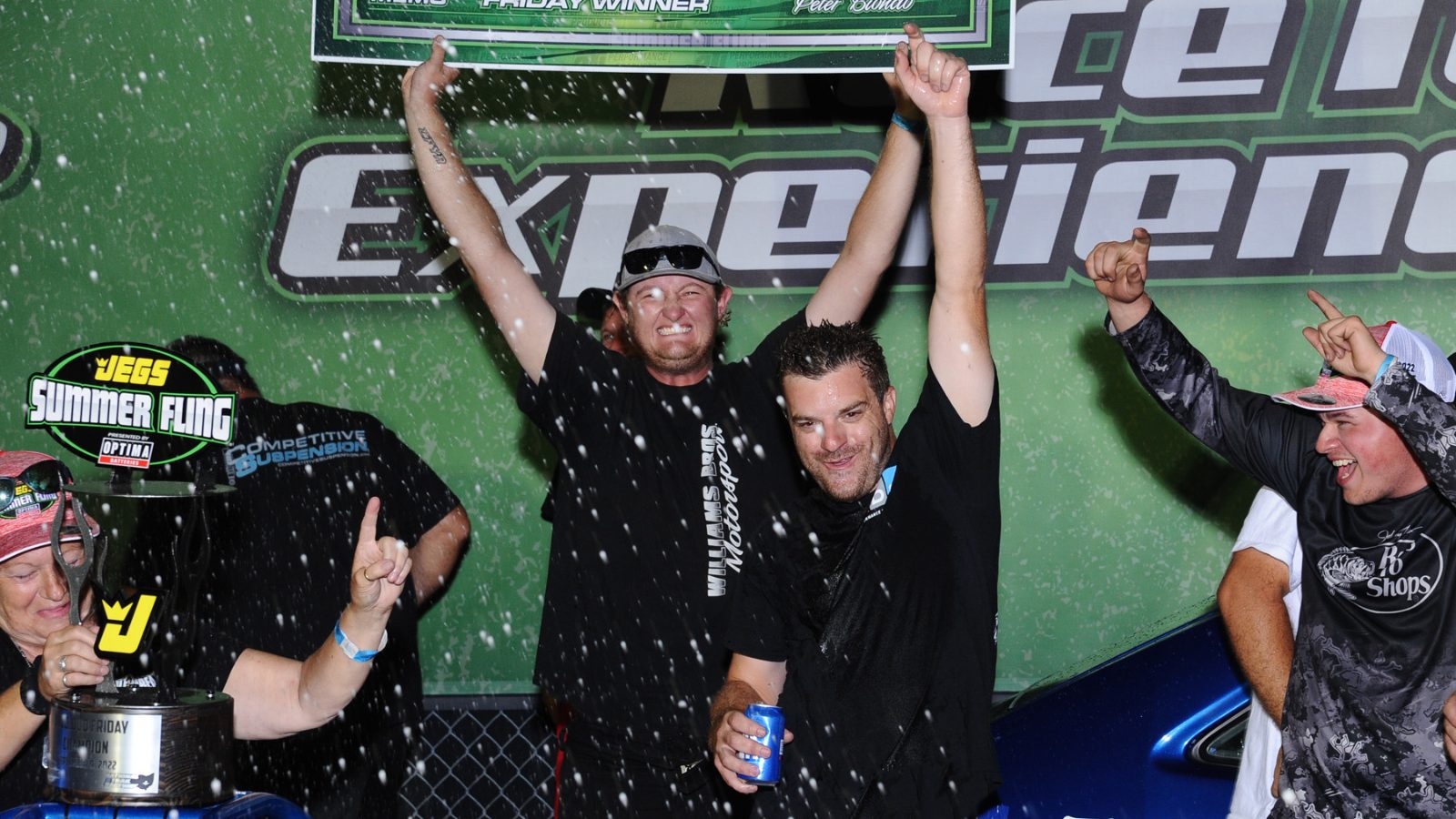 Prizes ramped up to match the richest payday of the week. Gift certificates and hardcore products were given out to racers for their performances in excess of hundreds of dollars in value.

The best door car and best dragster package of the weekend throughout eliminations from Wednesday to third round Friday met in a match race for a set of Brodix SR20 cylinder heads. Jeff Fargo, new to the top bulb racing scene, qualified on the door car side with a .001 package (perfect and dead-on one) while Chris Bear was the representative on the dragster side after being .002 total (perfect and dead-on two). By way of Bear’s redlight, Fargo took the win in his ‘81 LeMans wagon.

After that, the quarterfinals saw Hastings take out Lynden, while Greco took .002 to be dead-on seven against Baker. Bear turned it red and dead-on two for the loss against the .013 package of Bigley. Cultrera drove down the dragstrip on a solo shot.

In the semifinals, Cultrera was .003 behind on the tree but took .003 to be dead-on eight for the win against Greco. Hastings used a .013 advantage on the tree off the footbrake for the win over Bigley who took .004 to be four thousandths under the dial.

In the final round that both drivers dedicated to Sean Serra, Cultrera and Hastings faced off for the ATI Performance $100,000. Cultrera had the advantage off the line and took the win on the main event day, backing up a 2021 Fall Fling Bristol $100,000 victory.

The Summer Fling will conclude with American Race Cars $30,000 Saturday. A time run for new arrivals will begin at 8:15 a.m. and the first round will fire off at 8:45 a.m. The Fling Team will be crowning a 2022 Summer Fling MVP with a Todd’s Extreme custom-painted Impact Racing helmet and $1,000 in addition to the Kyle Seipel Never Give Up Award presented by Ivey Hutto Golf Cart Sales.

Everything will be streamed live as it happens on the MotorManiaTV YouTube channel free to the viewer courtesy of Strange Engineering with new exclusive content produced by the Fling Team.