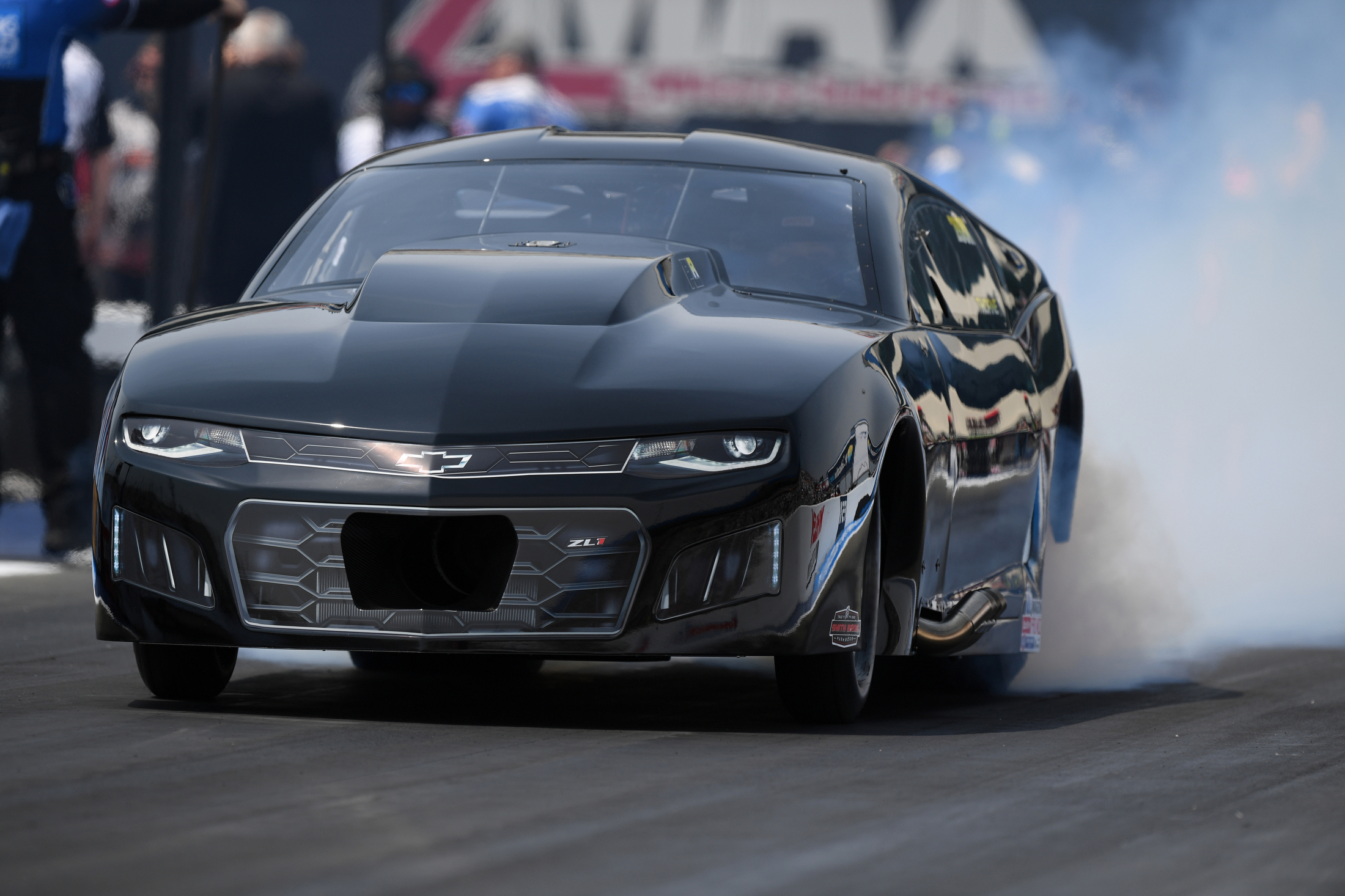 Kris Thorne stayed perfect during the 2022 season in the FuelTech NHRA Pro Mod Drag Racing Series presented by D-Wagon, picking up his second straight victory to open the year with his win on Sunday at zMAX Dragway.

The event, which was powered by Precision Racing Suspension in Charlotte, was the second of 10 races during the 2022 FuelTech NHRA Pro Mod Drag Racing Series presented by D-Wagon season.

It’s also the second win for Thorne, who knocked off Lyle Barnett, Rickie Smith, and Stan Shelton in the final quad as part of the Circle K NHRA Four-Wide Nationals in Charlotte. Thorne picked up the victory in his ProCharger-powered Camaro with a run of 5.795-seconds at 252.14 mph and Barnett finished as the runner-up. It continued an incredible start to 2022 for Thorne, who earned his first career victory in the class at the opener in Gainesville in March.

“There was some staging stuff going on. I wasn’t sure what was going on, but I just waited on green, went on down and took the win,” Thorne said. “We had a great outing. The four-wide race kicked my butt at the beginning of the weekend, but toward the end the car was awesome, and we were deadly on the tree. Everybody came together and now we’re in the winner’s circle.”

The FuelTech NHRA Pro Mod Drag Racing Series presented by D-Wagon returns to action May 13-15 as part of the Virginia NHRA Nationals at Virginia Motorsports Park.