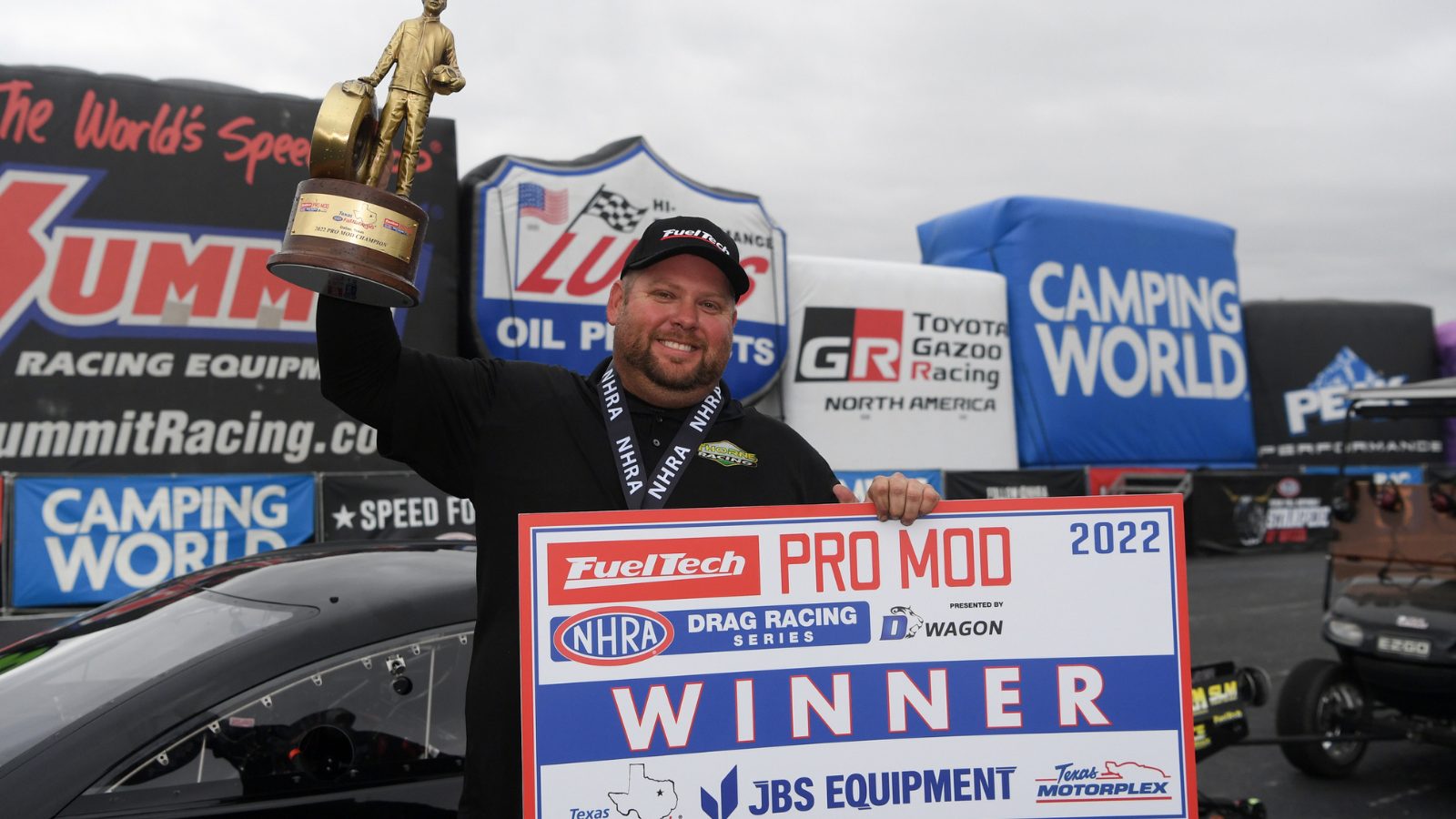 After clinching the world championship in the FuelTech NHRA Pro Mod Drag Racing Series presented by D-Wagon on Saturday, Kris Thorne closed out his impressive season with a victory on Sunday as part of the 37th annual Texas NHRA FallNationals.

The event, which was powered by JBS Equipment, was the last of 10 races during the 2022 season in the FuelTech NHRA Pro Mod Drag Racing Series presented by D-Wagon. Thorne rolled to another outstanding performance at the finale, defeating Stan Shelton in the championship round with a run of 5.720-seconds at 250.24 mph in his ProCharger-powered Camaro.

It was the quickest round of the weekend in the class as Thorne finished off a dream season with his fourth victory of the year. He knocked off Rickey Fischer and J.R. Gray on Saturday, clinching his first world championship in the class in the process, and advancing to his fifth final round of the year.

Thorne finished it off with another stellar performance in the final round in what turned into an incredible weekend for the NHRA Pro Mod standout.

“I would have never dreamed this,” Thorne said. “But I’ve got the best guys in the world. They bailed me out so many times and every time we rolled up to the beams, I tried to give it everything I had. I have to thank everyone who has supported me for everything. I couldn’t have done this without them.”

Shelton reached his second final round this season with victories against Lyle Barnett, Stevie “Fast” Jackson and Justin Bond.

The FuelTech NHRA Pro Mod Drag Racing Series presented by D-Wagon will return to action as part of the 2023 NHRA season.