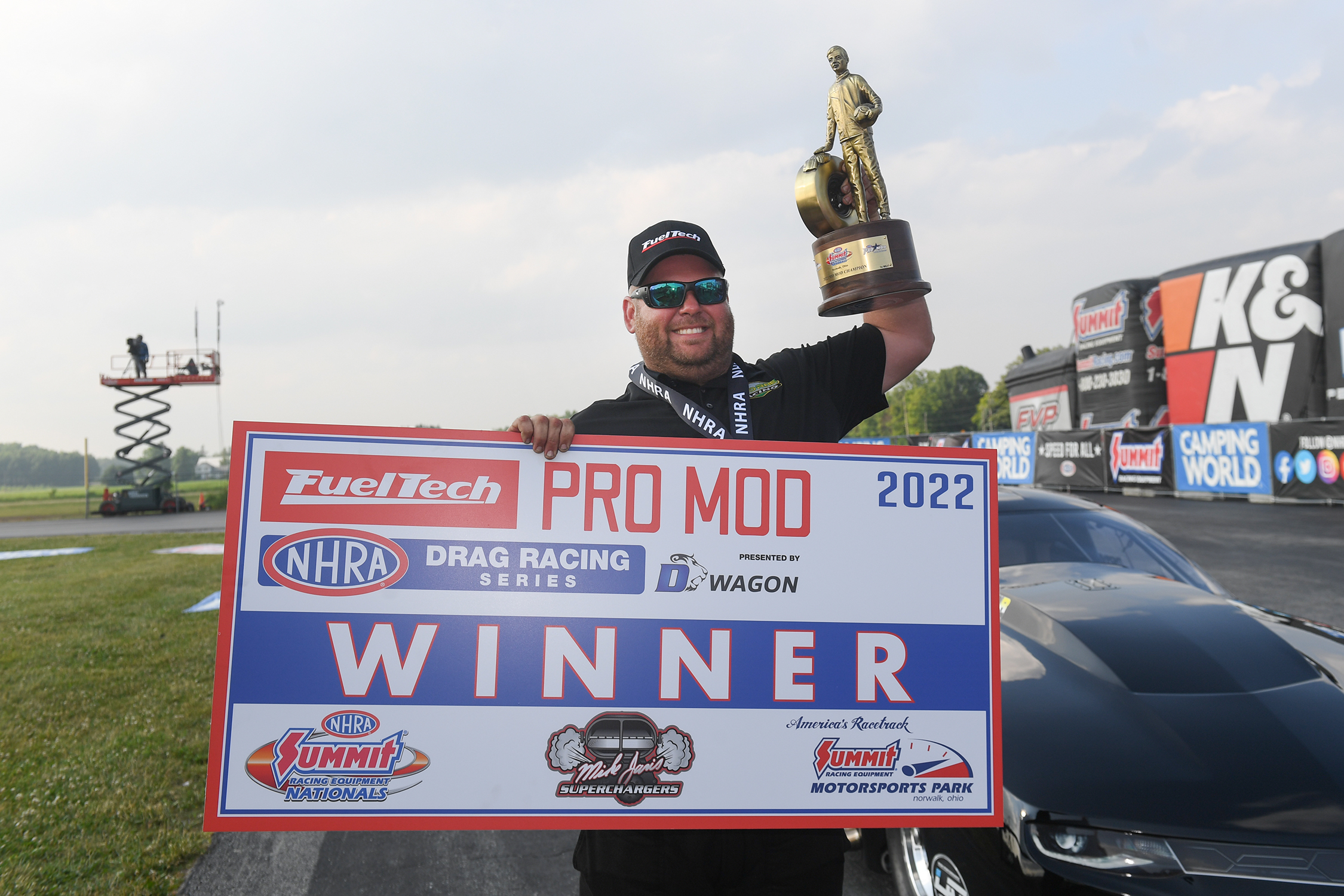 The event, which was powered by Mike Janis Superchargers, was the fourth of 10 races during the 2022 FuelTech NHRA Pro Mod Drag Racing Series presented by D-Wagon season.

Thorne has been the dominant driver at the majority of those, claiming his third career victory on Sunday. All of those have come this year in his ProCharger-powered Camaro, going 5.796-seconds at 247.93 mph in the final round in Norwalk on Sunday to knock off multi-time world champ Rickie Smith.

Thorne reached the final round with wins against Lyle Barnett, J.R. Gray and Stan Shelton and then delivered when it counted against Smith, posting a .016 reaction time and the quicker run in the championship round against the veteran Smith. “This one is huge,” Thorne said. “I never thought in my life we would be taking home our third win of the season. We’ve come out strong, we’ve run really well and have a lot of good backing, and we’ve got a great team behind us. I’m just super blessed and thankful to be out here.”

Smith reached his second final this season and 27th in his career by knocking off Khalid AlBalooshi, Jason Scruggs, and No. 1 qualifier Stevie “Fast” Jackson. With the victory, Thorne’s points lead grew to 108 points over Smith, who has now raced to back-to-back runner-up finishes.