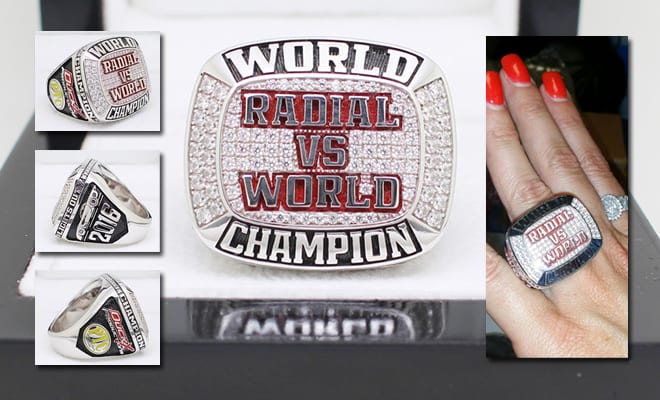 As Keith Berry and his sinister black Corvette continue their conquest of the 2016 radial racing season, his personalized championship ring is in.

According to Donald Long at DuckX Productions, months of planning and back-and-forth conversations with the ring designer were required to create a fitting tribute to the winner of drag radial’s biggest shootout.

“You know it had to be over-the-top,” says Long. “Well before the race we’d decided that whoever won this deal would not only receive the now-legendary Stetson, $50,100 purse, championship sword, and the cover of DRAG ILLUSTRATED, but also a custom-designed championship ring. And not just any ring – we wanted this to be a ring to be the be-all, end-all of rings. From here on out, whenever Keith Berry enters a room – everyone will know the real champion has arrived.”

On one side the silhouette of Berry’s Pro Line Racing-powered Corvette is engraved along with the year 2016. Opposite are the logos of DuckX Productions and longtime Radial vs. World sponsor PTC.

“Without PTC and their family sponsorship, Radial vs. World would not be where it is today,” says Long. “Matter of fact, no DuckX Productions event or class would be anything without all the sponsors and racers that have supported us for all these years, and ‘The Boss’ [girlfriend Stephanie Sapp] and I hope they all know how much we appreciate it. Thanks to everyone who has been a part of this.”

Apparently, soon-to-be recipient Keith Berry has only seen sneak peaks of the prize piece, which will be presented to him in the coming days. 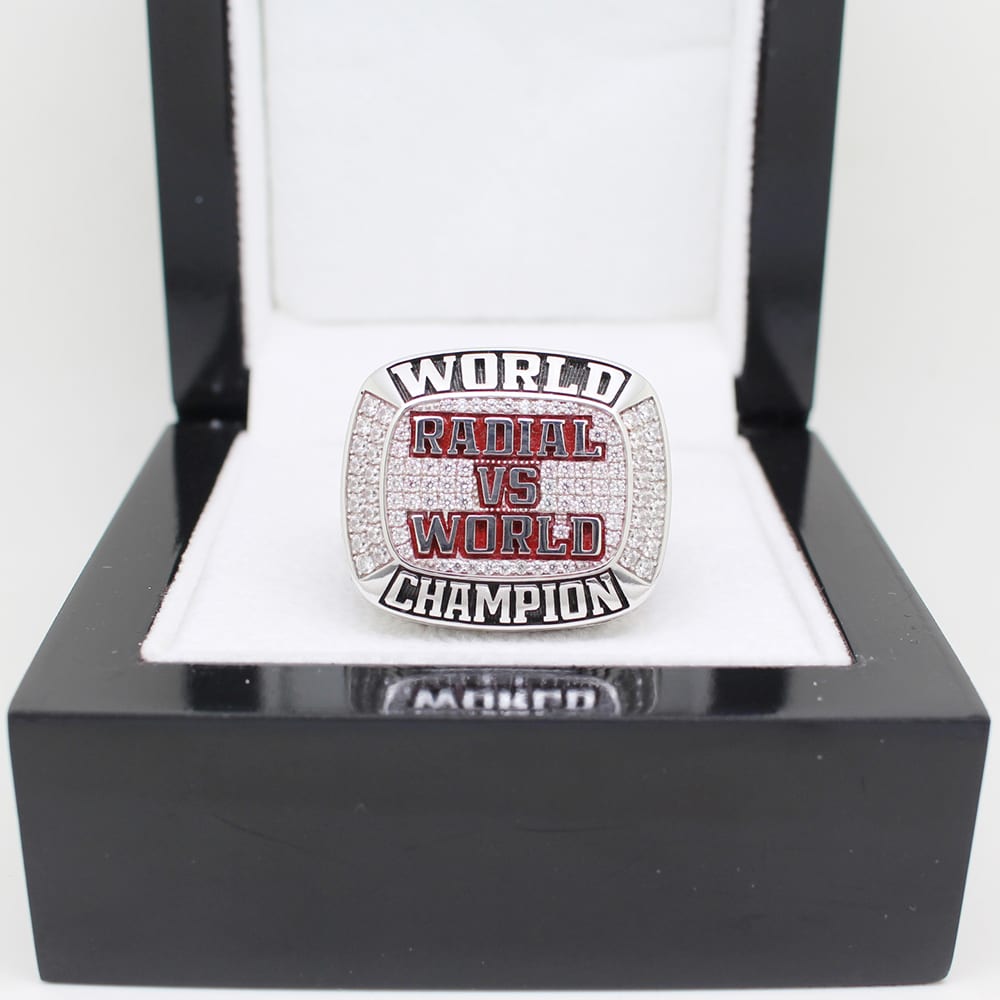 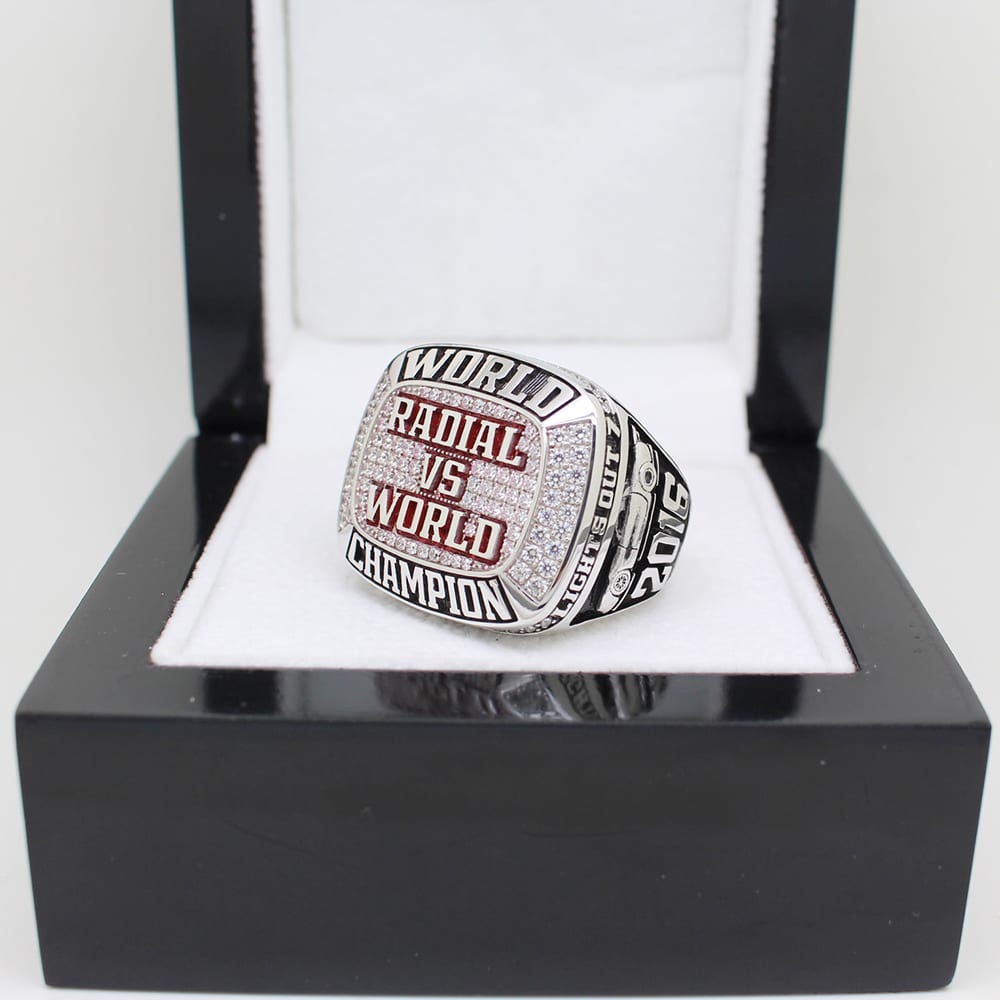 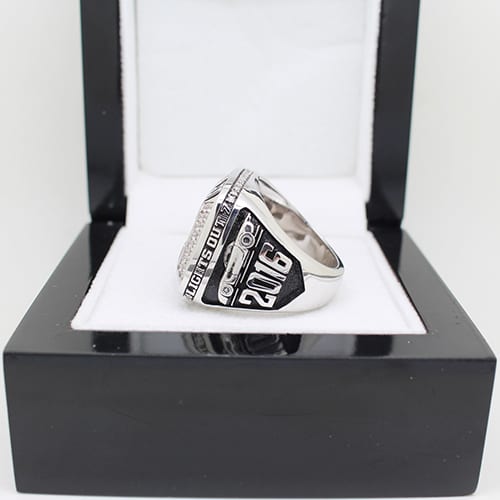 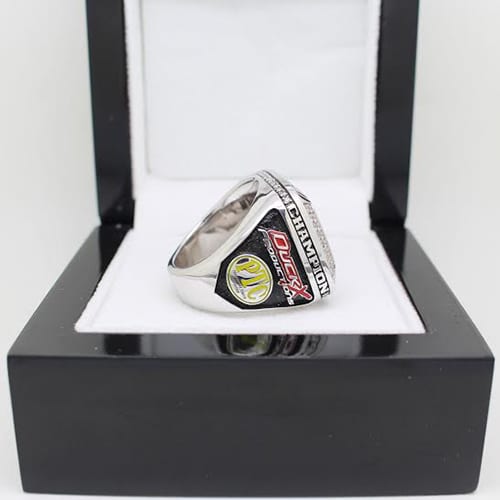 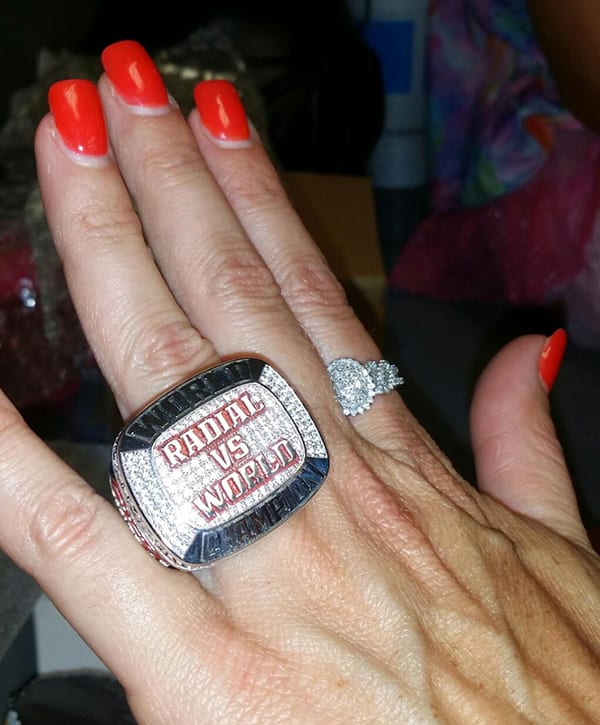