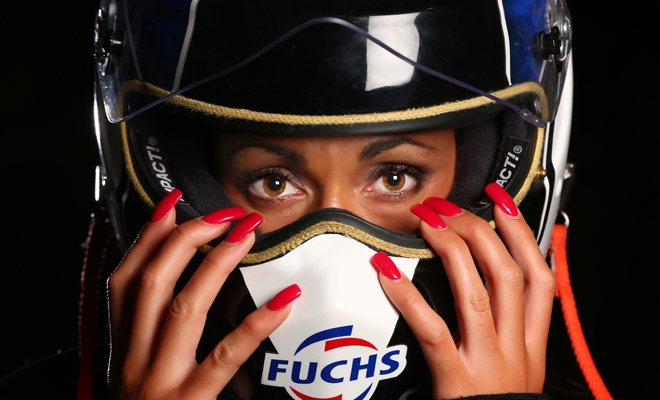 The sun has just begun to shine its light on the Australian suburb of Carbrook, Queensland, as Kirsten Cannuli-Tucker does her best to rustle her two children, Tiana, 6, and Nixon, 5, from their beds to get ready for the day. Returning to the kitchen, she pops the top on a sugar-free energy drink, hoping for one last burst of productivity before tomorrow embarking on a 14-hour flight from Brisbane to Los Angeles with two kids in tow for an eight-week American adventure on the NHRA Mello Yello Drag Racing Series. She’ll be heading stateside with a big portion of the Tucker clan to support her brother, Rob, the Australian Pro Stock sensation, as he makes his NHRA debut at the season-opening Winternationals.

At 30, the second-generation drag racer and first-ever female Aussie Pro Stock pilot has spent the last two years working to make a name for herself down under in the factory hot rod category. While she’s squarely focused on continuing her progress behind the wheel, right now she’s as excited about cheering on her brother as anything.

“For as long as I can remember, this has been my family’s dream, to go race in the USA and compete against the world’s best in the NHRA,” she says, her long, dark braided ponytail streaming out from under a flat-bill hat and resting across her shoulder. “We live, breathe and sleep drag racing. My entire childhood was spent traveling around Australia, going from track to track, drag racing. In my mother’s words, our lives revolve around drag racing. This is what we’ve been working towards, and we’re all thrilled about it.”

Starting with the season-opening NHRA Winternationals, brother Shane will compete at eight of the 24 NHRA Mello Yello Drag Racing Series events in 2014, after transitioning from Junior Dragsters to Pro Stock in 2005 and competing in the Australia National Drag Racing Association (ANDRA) and spending the last two years as a development driver for Victor Cagnazzi Racing. Kirsten will offer support trackside on the NHRA tour, but will return home toward the end of spring to pick up where she left off in ANDRA Pro Stock competition. It goes without saying, though, that she hopes it won’t be long before she’s joining her brother in America on tour with the stars of the NHRA.

Since making the final necessary full pull to earn her ANDRA license June 13, 2012, at Willowbank Raceway—making a 7.77-second lap in the 400-cubic-inch, small block-mandated Aussie version of Pro Stock—Tucker has become a star in the nation’s premier drag racing league. For the 2013 season, Tucker signed Milwaukee Tool as a major sponsor and debuted the Milwaukee M18 FUEL Holden Monaro—essentially reaching the pinnacle of motorsports in Australia.