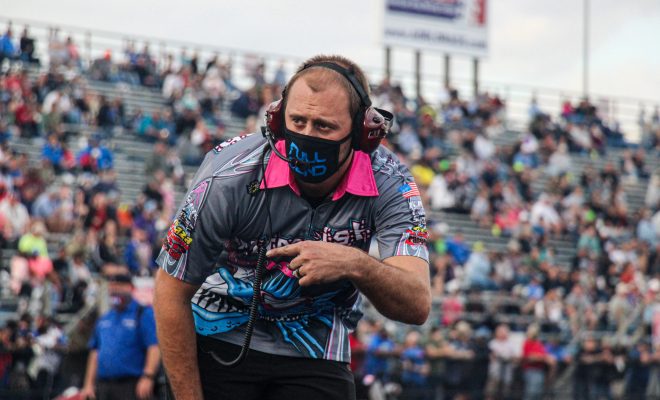 Since 2012, Dallas Glenn has immersed himself in the world of Pro Stock as a crew member for KB Racing with the dream of one day getting his shot to drive. The accomplished sportsman racer will get that shot this weekend as he plans to make his Pro Stock debut at the second annual CTECH World Doorslammer Nationals presented by JEGS at Orlando Speed World Dragway.

Glenn, who served as Kyle Koretsky’s car chief at the inaugural World Doorslammer Nationals last year, will attempt to earn his NHRA Pro Stock license during pre-race testing this week. It’s going to be a learning experience Glenn has prepared for by racing various sportsman cars and doing burnouts and launches in KB Racing’s “burnout car” used to break in new tires.

“I’ve basically been imagining driving one of these cars for the last 15 years,” Glenn said. “It’s definitely going to be a lot of fun. There’s always stuff that surprises you [when driving a new car]. It doesn’t look that hard to do, then you try to do it and it really surprises you. Then there’s other stuff that you think will be hard that you kind of just blow right through. That’s a new, exciting thing when you’re driving a new car. It’s going to be exciting and probably eye opening.”

The World Doorslammer Nationals will be Glenn’s first of four races in the KB Racing-fielded RAD Torque Systems/Silver State Plumbing Camaro. It’s an opportunity that presented itself with the 2020 retirement of KB drivers Jason Line and Bo Butner.

“Just racing Pro Stock is just incredible in itself at any level,” Glenn said. “But to do it with a car that I know if I go out there and everything falls right and I do my job, that I have just as good a chance at winning as any of the top cars, that’s just icing on the cake. That’s where you want to be. You can’t ask for anything more than that. It’s a dream come true.” 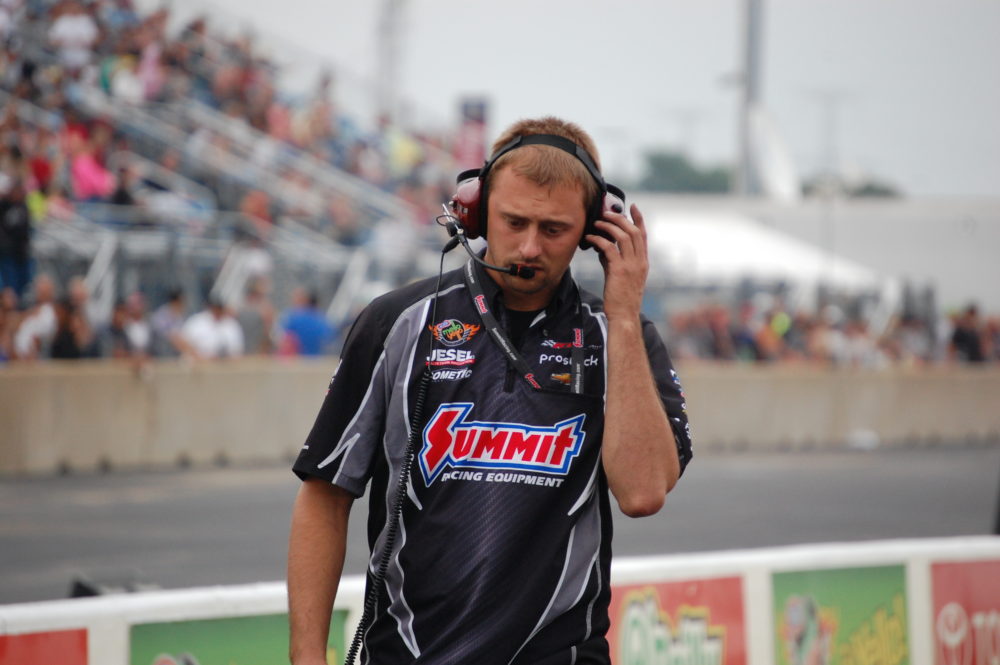 Glenn started at KB Racing as a tire guy, gradually learning all the facets of a 500ci Pro Stock car. In recent years, he’s served as Line’s car chief before moving over to the same role on Koretsky’s car. He’ll likely continue as Koretsky’s car chief this season, though he’ll primarily focus on the car he’s driving at the four races he has planned.

“For those four races, I’m going to be the same crew guy but I’m doing it on my own car,” Glenn said. “I’m still going to drive the truck to the track, set up and do all my normal duties, and I will be doing the clutch on the car I’m driving. I guess I’ll be doing everything exactly the same, but I’ll climb in the car instead of go stand in front of it for the burnout.”