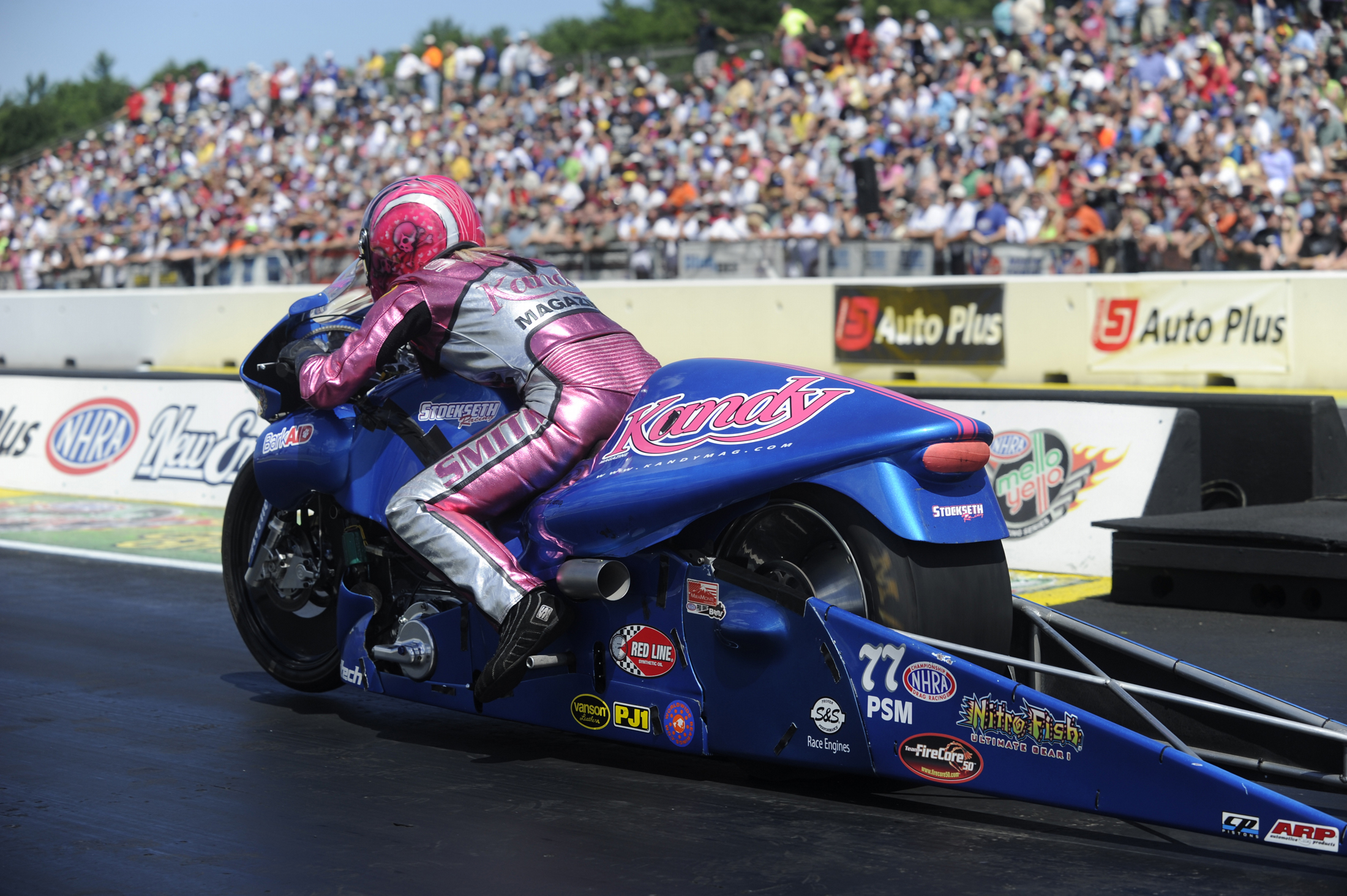 “Angie’s performance has been lights out, no pun intended,” said Ron Kuchler, Kandy Magazine president. “So far, we’ve had an amazing experience racing with Angie. Her inaugural win in Epping was the icing on the cake, and we look forward to building our brand alongside Angie and the entire MSR team.”

“I’m ecstatic to have Kandy Magazine renew our deal for four more races,” said Smith. “This partnership is a perfect fit for me and the team. I could not ask for anything better. With a win and semifinal appearance in the last two races, I also couldn’t be happier about our performance, and I know there is more to come. I’m grateful to Kandy for believing in me.”

Equally as enthused is Kandy Magazine Vice President Bill Nychay, who added, “I just knew this was the right fit. I have marketed many programs over the years using NHRA as a platform, and nothing we’ve done has ever felt so right. Our Kandy girl promotional models have been a big hit with the fans, and since beginning our association with Angie, our online magazine downloads have increased over 80 percent. Recently, Kandy was the No. 1-ranked U.S. magazine app in the world. We attribute much of this success to our marketing relationship with Matt and Angie Smith and NHRA.”

“Through our recent association with Scotty Pollacheck, we’ve gotten to see the inner workings of Matt Smith Racing, and we’ve been particularly impressed by Angie following her recent win in Epping,” said Windham. “We wanted to do our part to make sure that she can continue to compete at a high level and challenge for the 2014 championship, so we’ve worked with Kandy Magazine to keep her on the tour for the next four events. It’s my hope that this will be just the start of a long and prosperous association.”