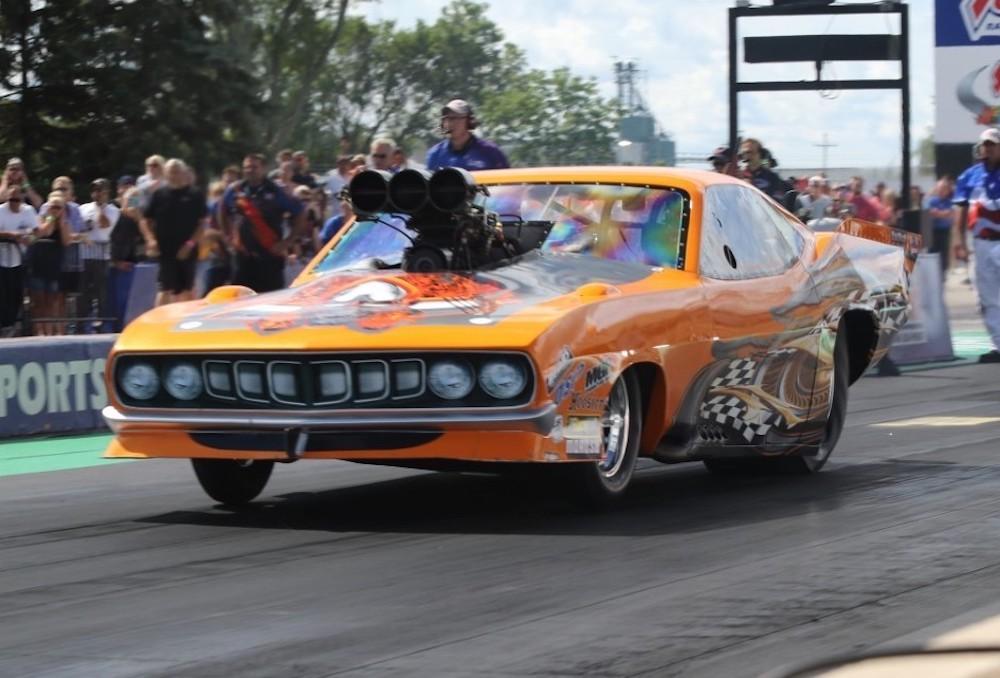 Among them was Jason Kalso of Clarkston, Michigan, who earned his first-ever event win in front of more than 40,000 fans at the 42nd Annual Kelly Night Under Fire at Summit Motorsports Park. There, he went as quick and fast as 3.82 and 195 mph in the eighth-mile in his 1970 Barracuda-bodied car powered by a 521 cubic-inch Hemi by Level Performance and a supercharger by Al Billes

“We had the best year I’ve ever had racing,” said Kalso. “We’ve never won anything with this car. We’ve been to a few finals, but never could seal the deal. We won at Canadian Nitro Nationals a few weeks prior, and that just opened the door to a few more finals and winning at the Night Under Fire. I was beginning to think that I was never going to win at Summit Motorsports Park. The quality of racers there are among the best in nation. To win that event and become a track champion is a dream.”

Kalso will be applauded for his accomplishment alongside other Summit Motorsports Park champions at the Edelbrock Banquet of Champions presented by Lincoln Electric, Jan 18 at Kalahari Resorts and Conventions in Sandusky, Ohio.