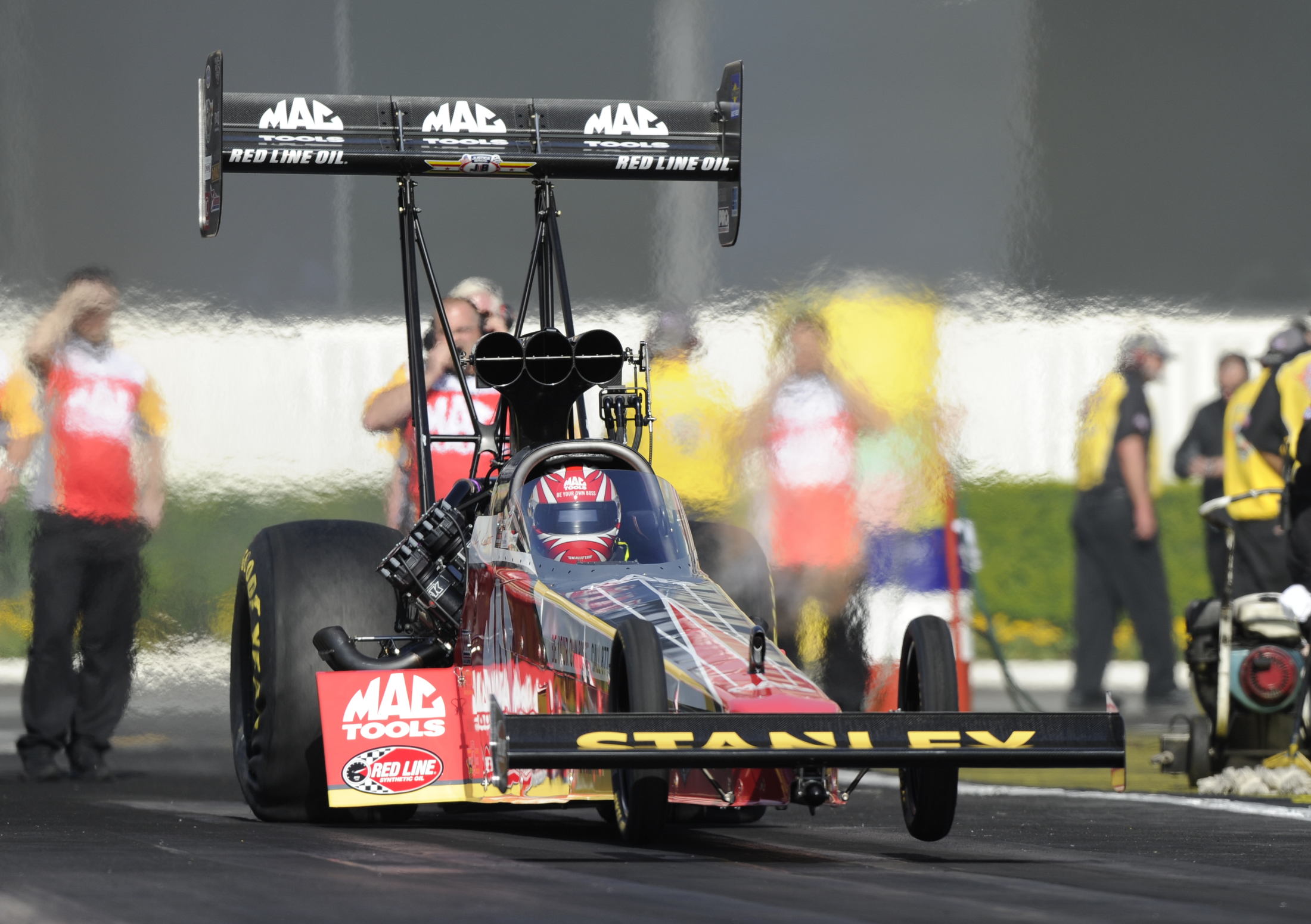 Kalitta posted a 3.733-second pass at 327.59 mph in his Mac Tools dragster during the final pair of the day at historic Auto Club Raceway at Pomona. In the first round of qualifying, Kalitta ran a 3.809-second run at 323.12 mph, which put him in the No. 2 spot after round one.

“We’re real happy with those two runs,” Kalitta said. “I’m not sure with the weather, I think it might be a little cooler tomorrow. There’s just a lot of good running cars that can run better than we did. So, hopefully I’m here again tomorrow talking to you guys. We’ll see how it goes.”

Kalitta was the No. 1 qualifier at this event last year and finished the race as runner-up. He earned six No. 1 qualifying positions in 2014 and appeared in nine final rounds en route to a fifth place points finish.

Reigning world champion Tony Schumacher qualified second in his U.S. Army dragster with a performance of 3.757 at 320.20. Spencer Massey qualified third with a 3.761 at 328.30 at the controls of his Red Fuel dragster. 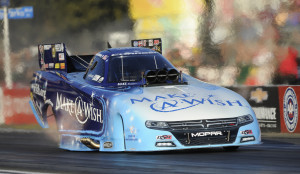 Chad Head powered his Taylormade Aeroburner Toyota Camry to a second-place effort with a 4.060 at 309.63. John Force, the winningest driver in NHRA history, took third in his PEAK Chevy Camaro with a 4.061 at 313.66.

Reigning Funny Car world champion Matt Hagan qualified eighth on Friday with a 4.090 at 310.70 in the first round. His second-round race ended in spectacular fashion halfway down the track when the engine on his Mopar Dodge Charger caught fire. He escaped from the car without injury.

Line, a three-time winner of the Winternationals and series runner-up a year ago, took the qualifying lead in Pro Stock with a 6.523-second run at 212.76 mph in his Summit Racing Equipment Chevy Camaro. 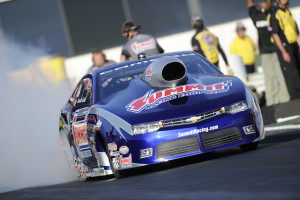 “It was a good run,” Line said. “It was a nice run. I know I usually whine and say it wasn’t perfect but it was a nice run. It’s nice to be up here and I’m pretty happy about that. It’s fun to start day one of the 2015 Mello Yello drag racing season this way.”

Pro Stock newcomer Drew Skillman was the second qualifier, as his Ray Skillman Chevy Camaro sped to a 6.527 at 212.09. Greg Anderson sits third with a 6.535 at 211.99 in his Summit Racing Equipment Chevy Camaro.

Qualifying continues Saturday with sessions at 12:30 and 3:30 p.m. Sunday’s eliminations are scheduled for 11 a.m.