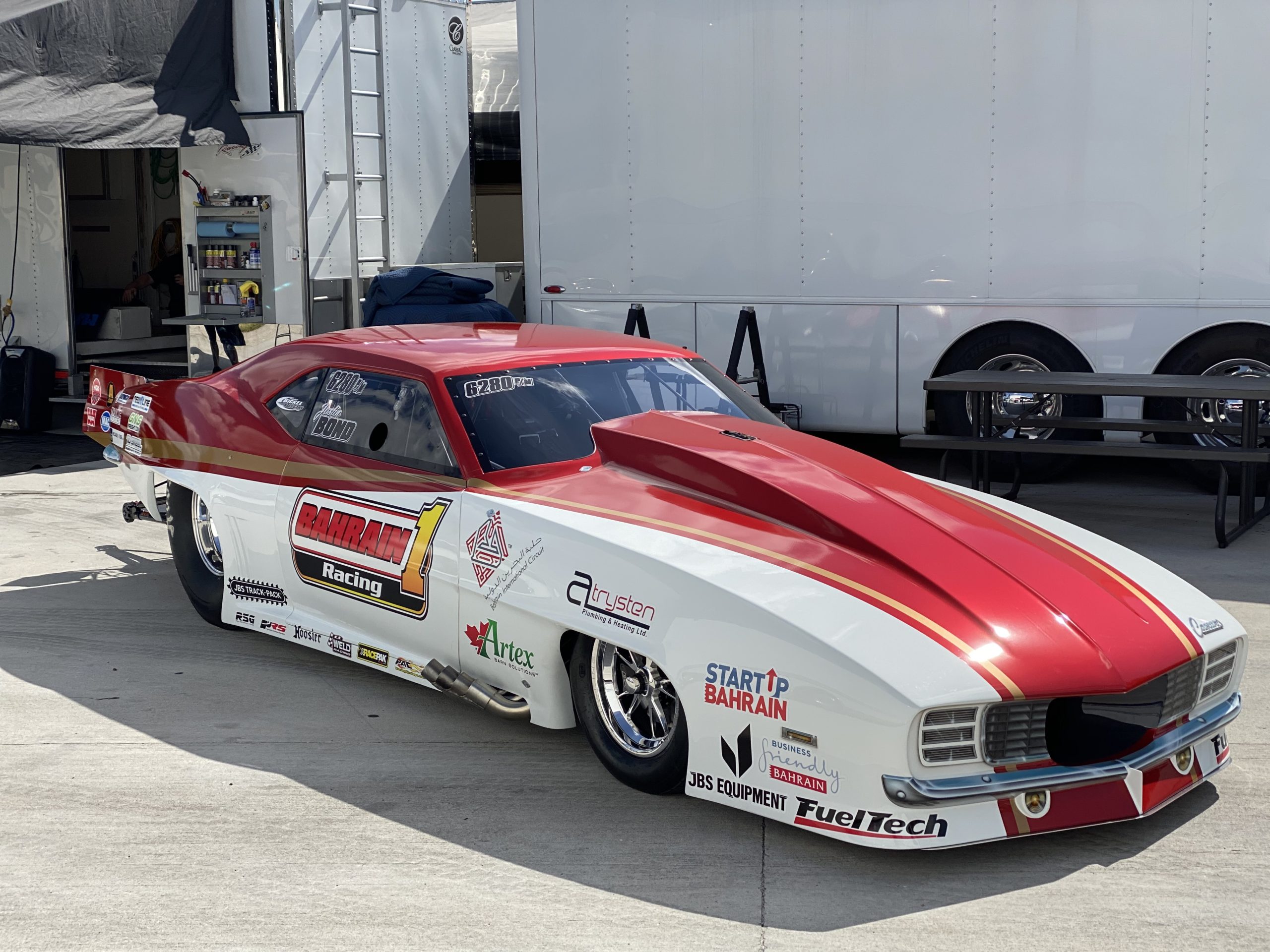 Justin Bond will get a chance to compete in a car he owns for the first time in his Pro Mod career. He’ll also be doing it with a chance to win $50,000.

Bond will debut a new Bahrain 1 Racing ProCharger-powered Camaro from Jerry Bickel Race Cars at this weekend’s Drag Illustrated World Doorslammer Nationals presented by CTech Manufacturing. He will be working with standout tuner Brad Personett while teaming up with Pro Mod standout Khalid AlBalooshi, further adding to the anticipation he’s enjoying heading into the weekend at Orlando Speed World Dragway.

“I’m really excited about this,” said Bond, who will also be racing the full 2020 NHRA Pro Mod season with Personett and AlBalooshi. “Once I laid eyes on the car, I got even more excited. It’s been fun to work with all the powers that be to piece the whole project together. The car already feels really good and it responds to the changes we’ve made so far. It’s just a dream come true to race on this level.”

With $50,000 on the line for the Pro Mod winner at this weekend’s inaugural race, Bond is thrilled to have an opportunity to win.

His company, JBS Equipment, which is a leading agricultural machinery manufacturer in Canada, is also an event sponsor for the history-making event, adding to his excitement.

The good news for Bond is he’s already tested the new supercharged Camaro twice – and both times have been in Orlando. There have been plenty of positives the team, which also includes car chief Kyle Pettis, has already gained from those test sessions, putting the team on a good track heading into the weekend.

“I’m going to get some more seat time this weekend and I feel like that’s going to help set the tone for the first three races and whether we can be competitive or not,” Bond said. “I feel like with the runs we’ve made on the car, things have come together well.”

Bond raced on a part-time basis the last couple years, advancing to a final round at Dallas in what was his Pro Mod debut in 2018.

He was ready to make a big leap heading into 2020, teaming up with AlBalooshi and Personett. The team also purchased their own shop in Ohio.

With all that in place, Bond opted for the ProCharger power adder, which was just allowed into NHRA Pro Mod racing for 2020. It all came together quickly, but Bond is pleased with the direction everything is headed, as well as the opportunity to work alongside AlBalooshi and Personett. He had established a relationship with Personett in 2018 as part of Shane Molinari’s team, and Bond is excited to see that continue.

“There’s a natural synergy there. Brad and I are personal friends, and I wouldn’t race a car if he wasn’t tuning it,” Bond said. “For the amount of time we’ve spent together and the amount of knowledge Brad has, everything just fit together.”

Bond was also eager to go the ProCharger route instead of a turbocharger, which has served AlBalooshi and Personett well.

They’ve formed a strong duo and Bond is ready to add to that, starting this weekend in Orlando against all the heavy hitters in the Pro Mod class.

“When I drive the car, the car feels more stable for me as a driver. I feel like it’s a little more predictable,” Bond said of the ProCharger. “I wanted to own my own power adder and this seemed like a good decision. It’s a deal I wasn’t afraid to go and try.

“From testing in Orlando, I think we can do well and I’m definitely excited. It’s a big race put on by reputable people.”

The Drag Illustrated World Doorslammer Nationals presented by CTech Manufacturing starts with the first round of qualifying at 6 p.m. on Friday, continuing with three qualifying rounds at 12, 3 and 6 p.m. on Saturday. Final eliminations begin at 11 a.m. on Sunday at Orlando Speed World Dragway. All racing action will be broadcast live at SpeedVideo.com.