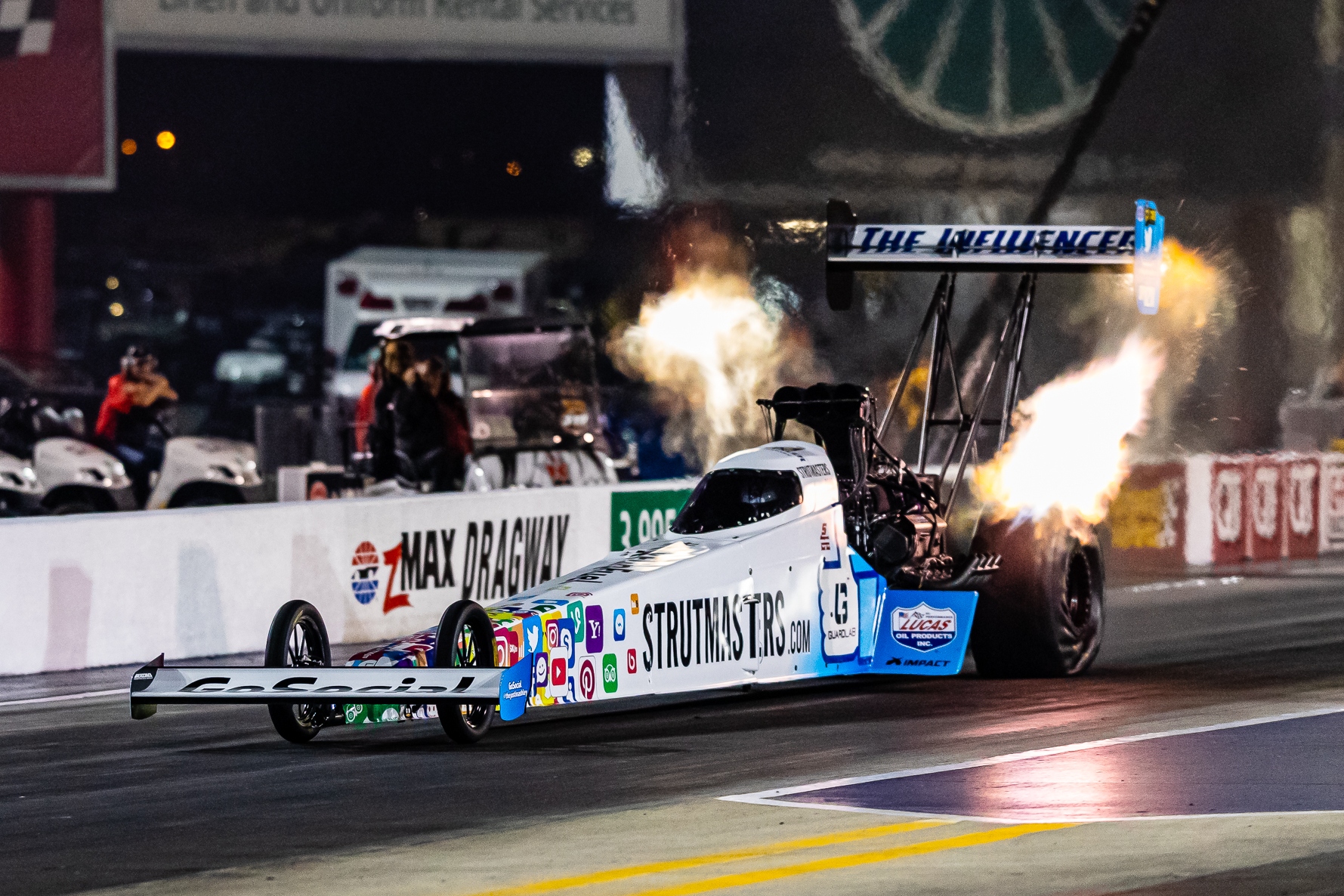 Photo by Rick Belden
Up and coming Top Fuel driver Justin Ashley will team with Biocide Systems’ Auto Shocker™ brand in 2020 for a run at winning the NHRA’s Auto Club Road to the Future program as well as making the company a household name amongst drag racing enthusiasts and beyond.
Ashley, who drives the Strutmasters.com Davis Motorsports Top Fuel dragster, will represent Auto Shocker™ brand, a revolutionary new eco-friendly CLO2 deodorizing product designed to eliminate the toughest of odors in cars, RV’S, boats, and homes. 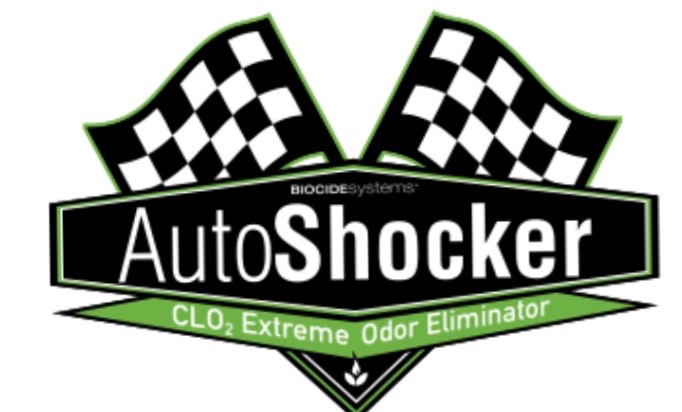 If anyone understands the need for a quality product such as Auto Shocker™, it’s Ashley, who runs a successful Fix & Flip business on New York’s Long Island, turning distressed properties into high-end housing. His day-to-day life is featured in a new internet-based reality show on YouTube named Fix Flip Fuel.
“Being involved in drag racing, you quickly learn the importance of being both efficient and successful in your field,” said Ashley, who in his first-ever Top Fuel outing reached the semi-finals. “Those are exactly the same qualities I see in Auto Shocker™. It’s very easy to help market a product when you believe in it. I believe wholeheartedly in Auto Shocker™ and its unique ability to eliminate unwanted odors from most any vehicle.”
Biocide’s Chief Executive Officer, Juan Carlos Baselli, is also excited about the new partnership.
“We are glad to be a part of the team and to have Justin Ashley represent Auto Shocker™,” Baselli said. “Justin is an up, and coming driver, and Auto Shocker™ is an up and coming product. We plan to grow together and take the sponsorship to the next level. Justin’s star is on the rise not only with racing but also with his Real-Estate show Fix Flip Fuel, and our Bio-Shocker™ line of products fit right in with both aspects. The stars have aligned, timing and synergy could not be better.”
Spencer Blua, the company’s Chief Financial Officer, agrees.
“Auto Shocker™ is pleased to be a new member of Justin Ashley Racing and a part of the NHRA family,” he said.” We see a lot of potential for Justin to be a top contender in a short time. We are so grateful for the opportunity to get in at this early stage in his career and grow our brands together”.
Auto Shocker™ will debut on Justin Ashley’s Top Fuel Dragster this weekend at the Auto Club NHRA Finals in Pomona, Ca.
Auto Shocker™ and other Shocker products are currently available at selected retailers and on the Home Depot, Walmart and Amazon websites. Also at www.autoshocker.com or www.biocidesystems.com