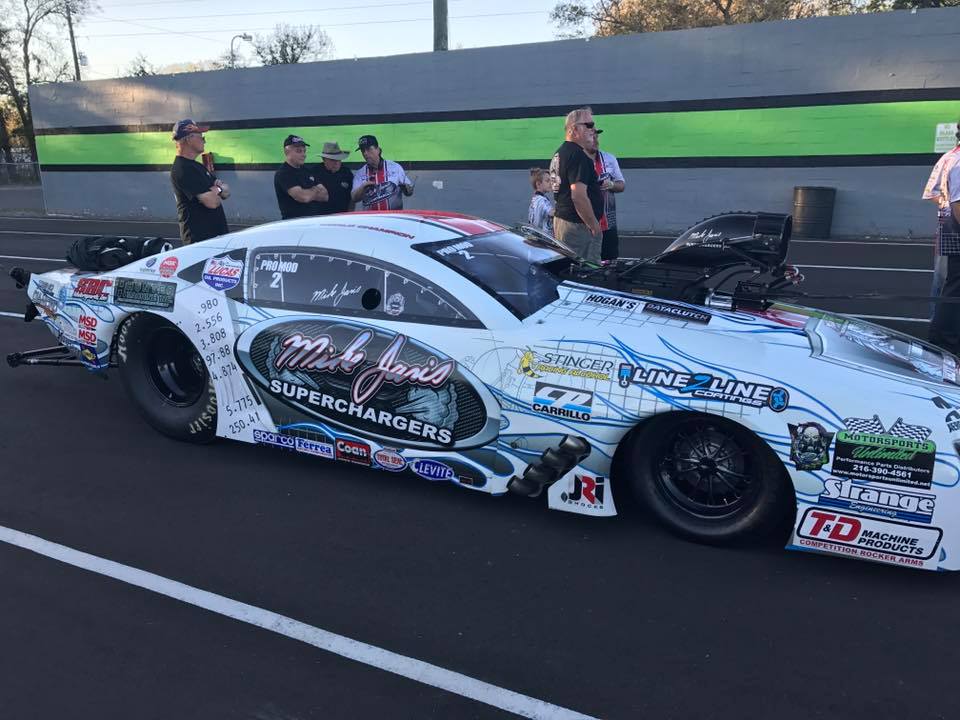 JRi Shocks had a busy weekend at the Orlando Speed World Dragway with the Aeromotive RPM Winter Warm-Up and the NHRA Lucas Oil Division 2 Drag Racing events in town. Between the two events, JRi Shocks were on numerous cars throughout the Super Comp, Super Gas, Top Sportsman, Top Dragster and Pro Mod classes. 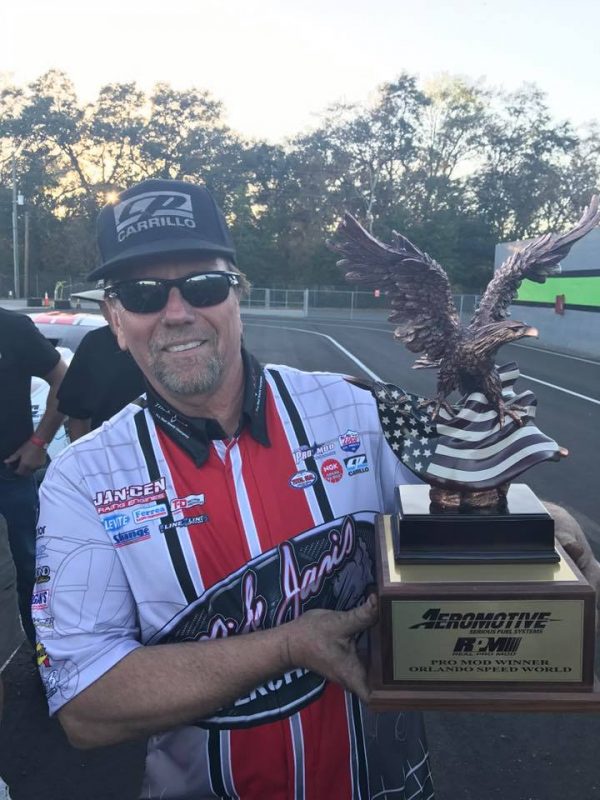 “This is a huge win for Mike Janis Racing. We have been working non-stop since last November to make sure the car is in strong contention for the 2017 NHRA Pro Mod Championship. JRI Shocks and Marc Smith have been able to give us the little edge we have been looking for to make this hot rod consistent. We couldn’t be more excited to fly with JRi Shocks,” states Mike Janis, driver of the Mike Janis Superchargers Camaro.

“We are honored to be a part of the Mike Janis Racing team and appreciate their efforts to help us develop the JRi Triple Adjustable Air Drop Shock. With a few small changes he was able to qualify number one and win the race,” says Marc Smith, JRi Shocks Drag Market Manager.