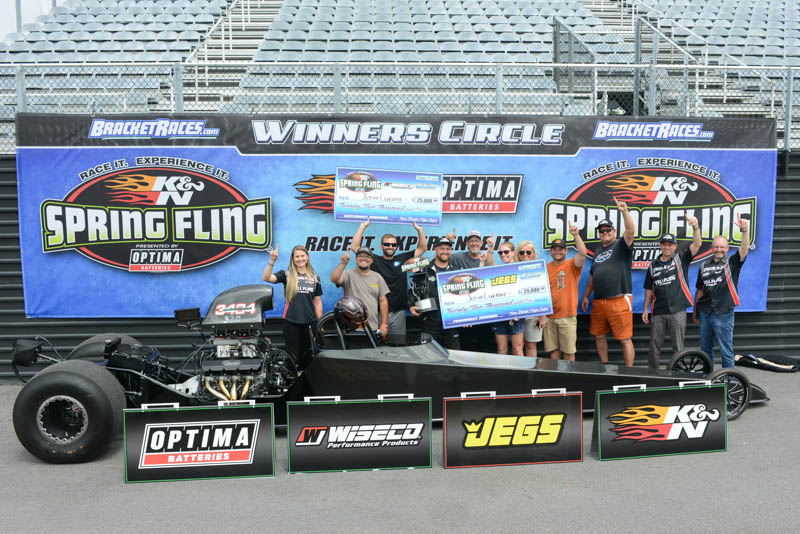 Yesterday’s rain forced officials to double up JEGS Thursday and Wiseco Saturday’s races making it one race for $50,000-to-win. However, that forced only two rounds of eliminations to be completed yesterday with the balance to be finished today. After completion, the Strange Engineering Friday $100,000-to-win race began.

First up though was the Spring Fling Reaction Time Challenge with 25 randomly selected drivers getting one “hit” at the ‘Tree. Any .0XX reaction time earned a $100 bill with a perfect .000 RT getting $1,000. No one was eligible for the $1,000, but six drivers; Carl Drake, Clayton Roberts, Jason Hoff, Colby Fuller, Pete  D’Agnolo and Cory Gulitti; all picked up a fresh hundred.

Those advancing from that round were Patton, Luedke, Siegel and Taylor along with Weaver. For the quarterfinal round, Luedke took the bye run to move into the quarterfinals, that much closer to a $50,000 payday.

The balance of the quarterfinals and Patton who has been on a winning streak all year turned on the red-light this time to advance Taylor. Weaver and Siegel faced off and Siegel used a 0.004 reaction time to not only defeat the last remaining door car of Weaver but with that RT, he earned the bye run in the semis to automatically move into the final round against either Taylor or Luedke.

Semifinal round, and for the past three rounds, Taylor’s reaction time was bested by 0.001 by his opponents, but he was able to pull through for the win. Not this time. Taylor left with a 0.011 RT but Luedke had a 0.010 and a dead-on the dial with a “9” to advance to the final against Siegel.

It was roughly a month ago when Josh Luedke’s dad, Ron, passed away but he surely was looking over his son’s shoulder. A dead-on the dial run and a great reaction time sealed the deal for $50,000 for the man from Boonville, Indiana. 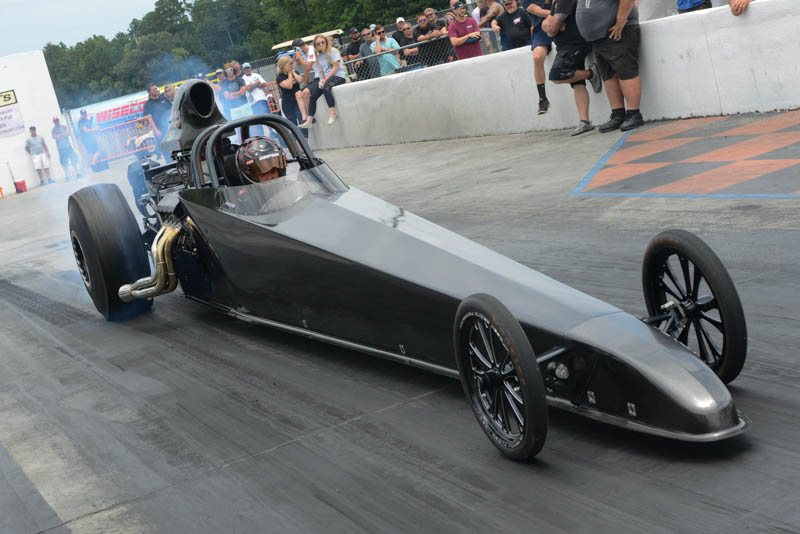 With the $50K race done, and a much better weather forecast, the decision was made to allow every competitor a single time run followed by the first round of eliminations along with the buyback round and then calling it a night. The balance of Strange Engineering $100k-to-win Friday will be completed on Saturday.