Haskett Bros. Racing was looking forward to competing at the biggest drag race on the calendar. On their way to Indianapolis, those hopes were dashed.

The team was entered into the Denso Spark Plugs U.S. Nationals at Lucas Oil Raceway at Indianapolis in Brownsburg, Indiana two weeks ago. However, they were not able to even make it to Indiana.

On Tuesday, September 1st, the team departed their home in Millers Creek, North Carolina. Driver Josh Haskett, his wife Barbara, his father Bob Haskett, and one crew member began their travel to The Big Go at 3 a.m. EST.

While going down the interstate, a massive fire erupted in Haskett’s trailer. Not only was the trailer destroyed, their tow vehicle, Top Alcohol Funny Car, two motors, as well as spare parts were sacrificed in the blaze. It’s believed that a battery led to the fire. 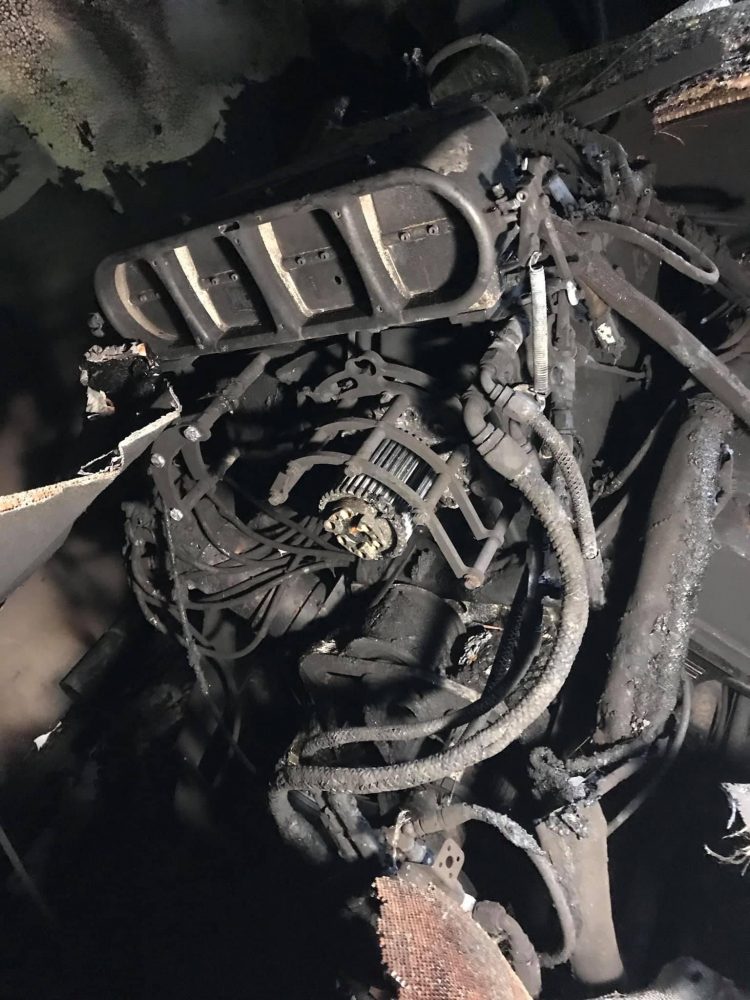 “We are home safe and are processing this speechless moment,” Haskett said. “I want to thank God, my family, racing family, and everyone that has messaged from around the world.”

The team did not have full coverage on the toter home and trailer. They only had liability. The loss is approximately $400,000-500,000.

“I did not have insurance,” Haskett said. “My fault, I know. Only a miracle by God would enable us to rebuild at this point if it’s his well and if it’s not, we are OK with it. Haskett Racing has been going since 1965 and in a matter of seconds, gone. Our racing was special to us. In fact, we were able to witness to thousands of people about God and testimony and faith. Having Psalm 91 on the car (God’s Protection), most fans could relate to it and would open up conversation. All the way to the cross on our crew shirts.”

Speaking of faith, the only thing that was not touched in the entire fire was the cross on Haskett’s helmet. 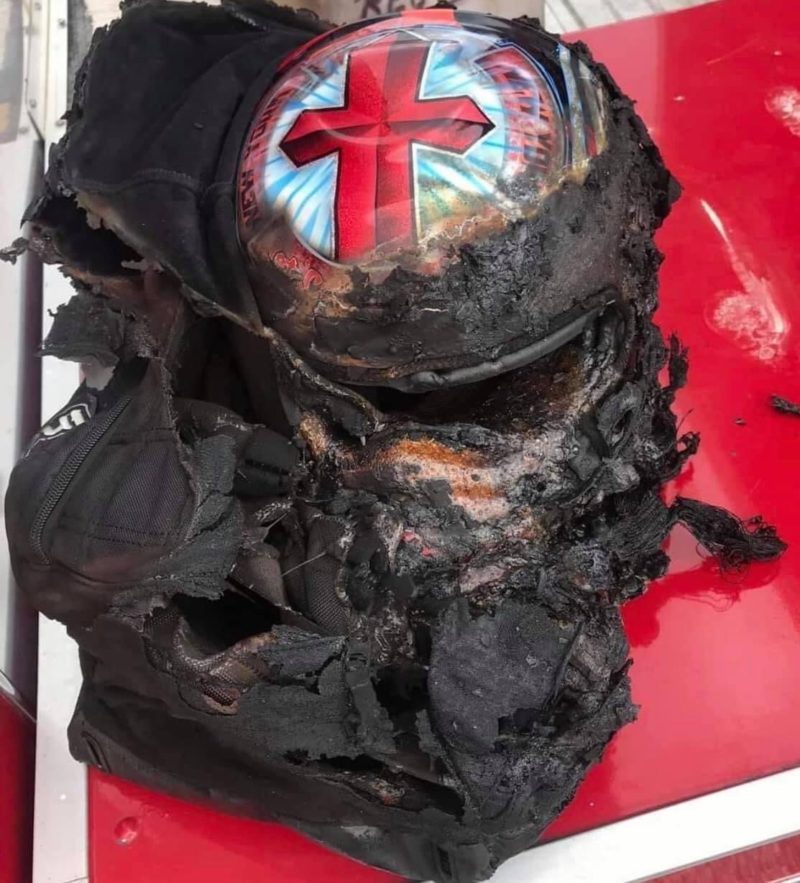 “The tears flowed and soon reality hit hard that it was for a reason and at this point, it was over,” Haskett said. “We may never know the reasons why, but I will say a fireman stopped my wife in her tracks to read the back of our race shirt she was wearing with the cross and scripture. When the fire settled and I was able to get inside, I saw my helmet. Everything was destroyed, but the cross remained. I carried it to the back of the toterhome and the state trooper and a group of firefighters’ eyes opened big as basketballs and the message was real even if they didn’t believe it. It was at that point that I realized if it touched one of those men, losing it all was worth it.”

Haskett Racing wants to rebuild. However, they have limited funds to rebuild. At this present time, they are asking for donations. A GoFundMe has been established to help Haskett Bros. Racing in this time of need.

“I’ve been struggling big time with this as I feel inside it can’t be over,” Haskett said. “But as always, I was yelled at by Dad saying ‘knock it off, you didn’t do what you were supposed to yet.’ We stopped and thanked God for this as he tells us we need to. Not knowing what will happen, we are blessed. It could always be worse and HE is in control and will always be.”