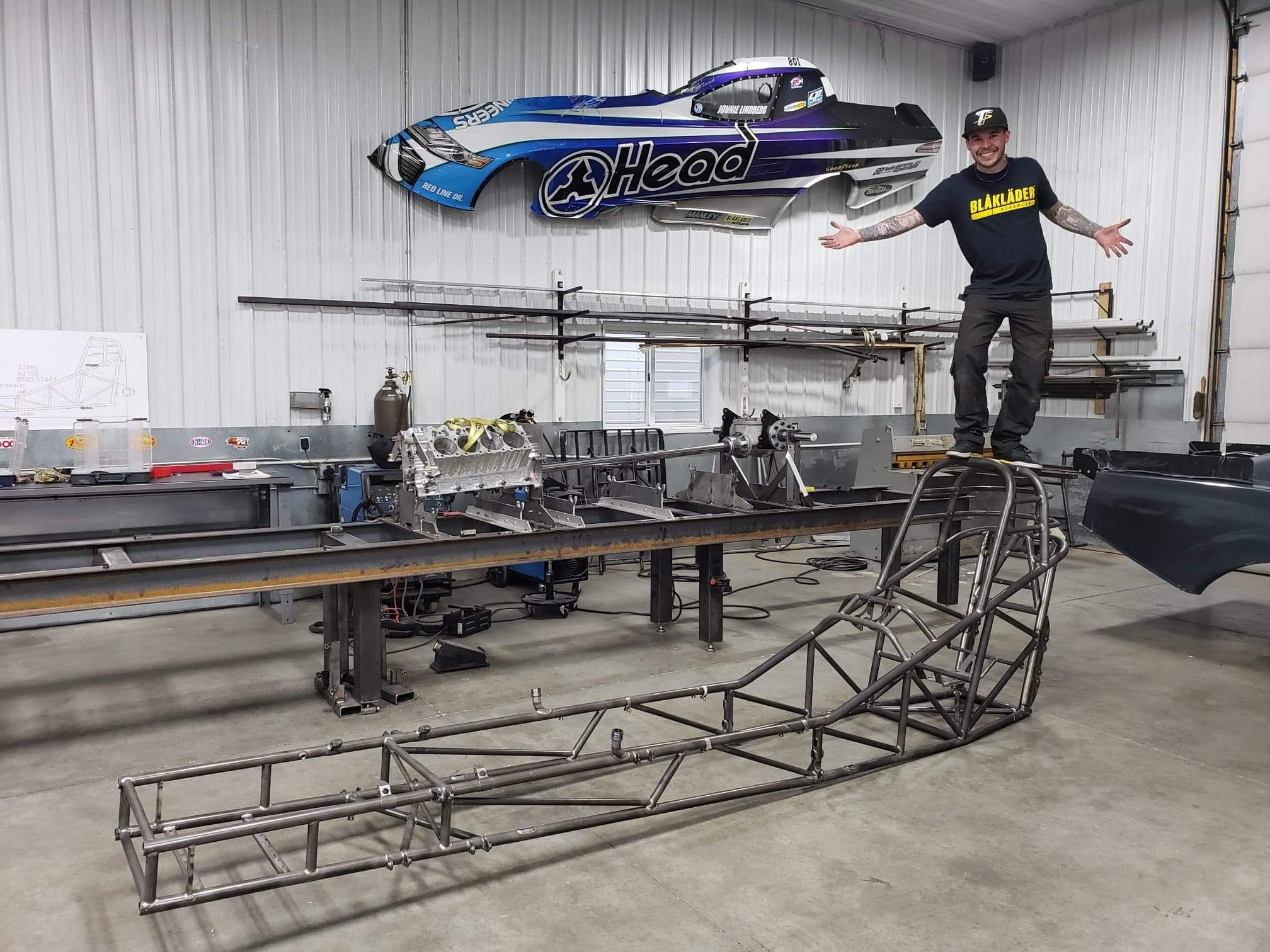 Just a month after appearing on the cover of the second 30 Under 30 Issue in 2016, two-time NHRA Top Alcohol Funny Car world champion Jonnie Lindberg announced he was moving up to nitro Funny Car with Jim Head’s Head Contractors team. It was a dream come true for the Swedish driver, who previously raced alcohol Funny Cars and Pro Mods in Europe with his brother, Johan.

Lindberg went to three finals in 2017, including back-to-back finals in Gainesville and Las Vegas to start the year. He raced with Head again in 2018 and was released from driving duties at the end of the season, allowing Lindberg to get back to his own program.

“It’s a big honor, of course, to be able to drive for Jim Head,” Lindberg says. “We did pretty good the first year, went to three finals and ran pretty good. It’s something I probably want to do again in the future. It was awesome to do it, but I missed doing my own thing at the same time.”

Lindberg kept a foot in the Top Alcohol waters throughout the nitro experience, though, tuning Jay Payne’s alcohol flopper in 2017 before starting to work with Brian Hough in late 2018. A conversation with competing team owner Mike Gordon led Lindberg down a new path: building chassis.

“Everything happened by accident,” Lindberg says. “Brad Hadman stopped building cars. Gordons talked about building a new car. I said, “I’ll build you a car. I think I know what I’m doing.” They took a big risk with me and I built them a car. It just happened. Now I’m crazy busy and I have a full-blown chassis shop.”

The Jonnie Lindberg Motorsports chassis shop team, which includes Justin Deaton, Dan Murphy, Nick Casertano and Richie Crampton, built a new car for Steve Burck and a back-up car for Gordon, while a fourth car rolled out of the Brownsburg, Indiana, shop in November. Another four or five cars are already on order.

“It’s exciting that people believe in my product,” Lindberg says. “I try to improve every car I build. I race them and build them, so I know what I want in a car. I think that helps a lot.”

While the chassis shop keeps Lindberg busy, he also continues to tune Hough’s Top Alcohol Funny Car. The group finished third in national points this year, and they plan to chase the championship in 2021. Lindberg, who ran three NHRA races and two Mid-West Drag Racing Series events in his own car this year, also plans to drive at a handful of events next season.

The 31-year-old is solely focused on methanol-burning Funny Cars for the time being, whether it’s driving, tuning or building them. But don’t count out the possibility of seeing him back in a nitro car. He got the call to fill in for Bob Tasca III at the NHRA’s first Indy race this year. His talent and proximity to the nitro teams in Indy make him an ideal fill-in driver, but he has visions of fielding his own nitro car someday.

“My big goal is to get back in a nitro Funny Car. After you’ve done it once, you want to get back to it. My dream is kind of to be like a Tim Wilkerson. I want to build a car, drive it and tune it, and hand-pick a team of good guys. That’s my long-term plan, to have my own nitro Funny Car one day. Maybe. If I ever find the funding,” he laughs.