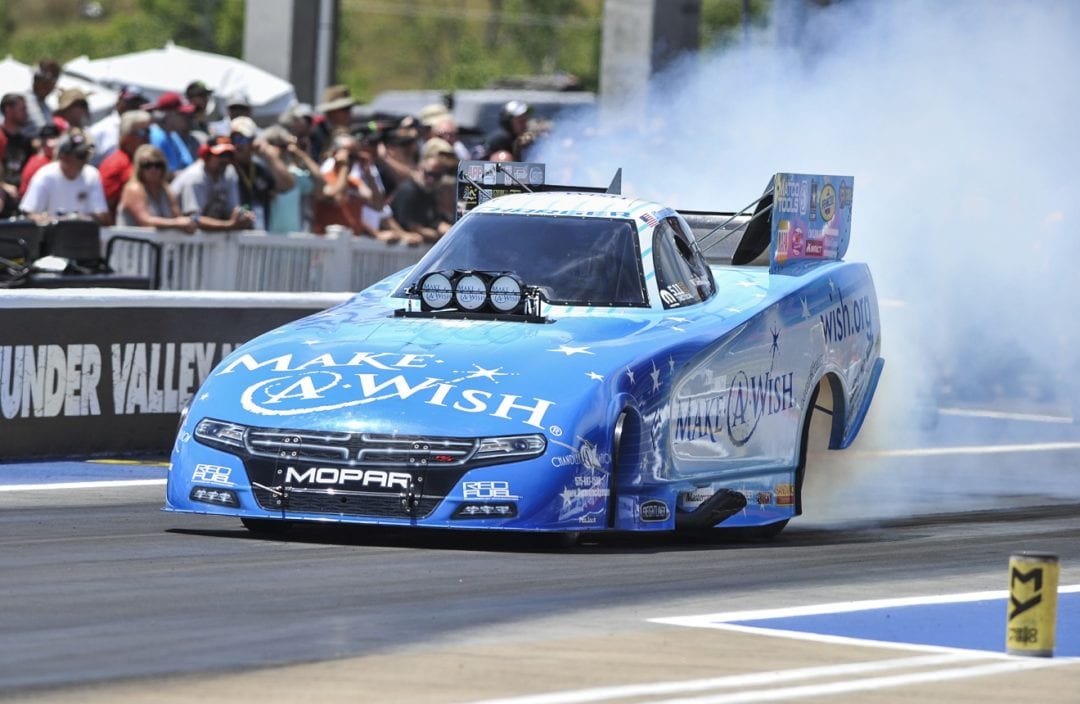 Tommy Johnson Jr. raced to his first Funny Car victory of the season and 13th of his career Sunday at the NHRA Thunder Valley Nationals at Bristol Dragway.

Shawn Langdon (Top Fuel) and Jason Line (Pro Stock) were also winners of their respective categories at the 11th of 24 events on the 2016 NHRA Mello Yello Drag Racing Series schedule.

Johnson Jr. posted a 4.038-second pass at 313.22 mph at the controls of his Make-A-Wish Foundation Dodge Charger R/T to defeat teammate and two-time 2016 winner Matt Hagan’s 4.030 at 317.57 in his Mopar Express Lane / Rocky Boots Dodge Charger R/T in the final round. Johnson Jr., a two-time Bristol winner, is currently seventh in the points standings.

“We’re just slow starters, but we’re strong finishers,” said Johnson Jr., who has one win in two final round appearances this year. “The guys kept working hard and have kept their heads down. We got hot in Epping with a runner-up finish and we are on a roll now and we’re looking good.”

In Top Fuel, Langdon, making his first final round appearance of the year, raced to a 3.838 at 322.19 in his Red Fuel Powered by Schumacher / Sandvik Coromant dragster to defeat teammate and eight-time world champion Tony Schumacher’s 3.934 at 310.70 in the final round. Langdon, who won this event in 2014, claimed his 12th career victory and moved up to sixth in the points standings. 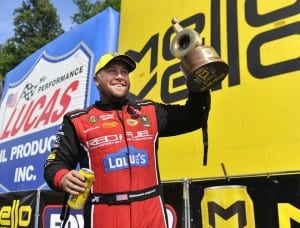 “We really did struggle at the beginning of the year,” said Langdon, the 2013 Top Fuel world champion. “Everybody at Don Schumacher Racing came together and everybody there helped out; it’s a big team. I have to thank all the other crews and our Red Fuel crew. This is a big win for us and we are excited.”

In Pro Stock, Line powered his Summit Racing Equipment Chevy Camaro to his sixth victory of the season and 43rd of his career by outlasting teammate Greg Anderson in the final round. Line sprinted to a 6.668 at 207.59 to better Anderson’s 6.694 at 207.62 in his Summit Racing Equipment Chevy Camaro. Line, who won this event in 2006, was the No. 1 qualifier. This was his 10th final round appearance of the year and the victory extends his points lead.

“It’s been amazing,” said Line, who has raced to every final round this season except one. “I am so thrilled to be up 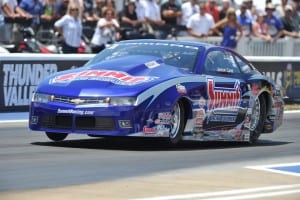 here, you just can’t imagine. I am living my dream. The fact that I am getting to do this and have been so successful this year is awesome.”

Line won on a single in the first round when Dave River’s car had a mechanical problem and he couldn’t make the call, had a bye in the second round and sprinted past 2014 top rookie Drew Skillman in semi-finals to meet Anderson in the final.