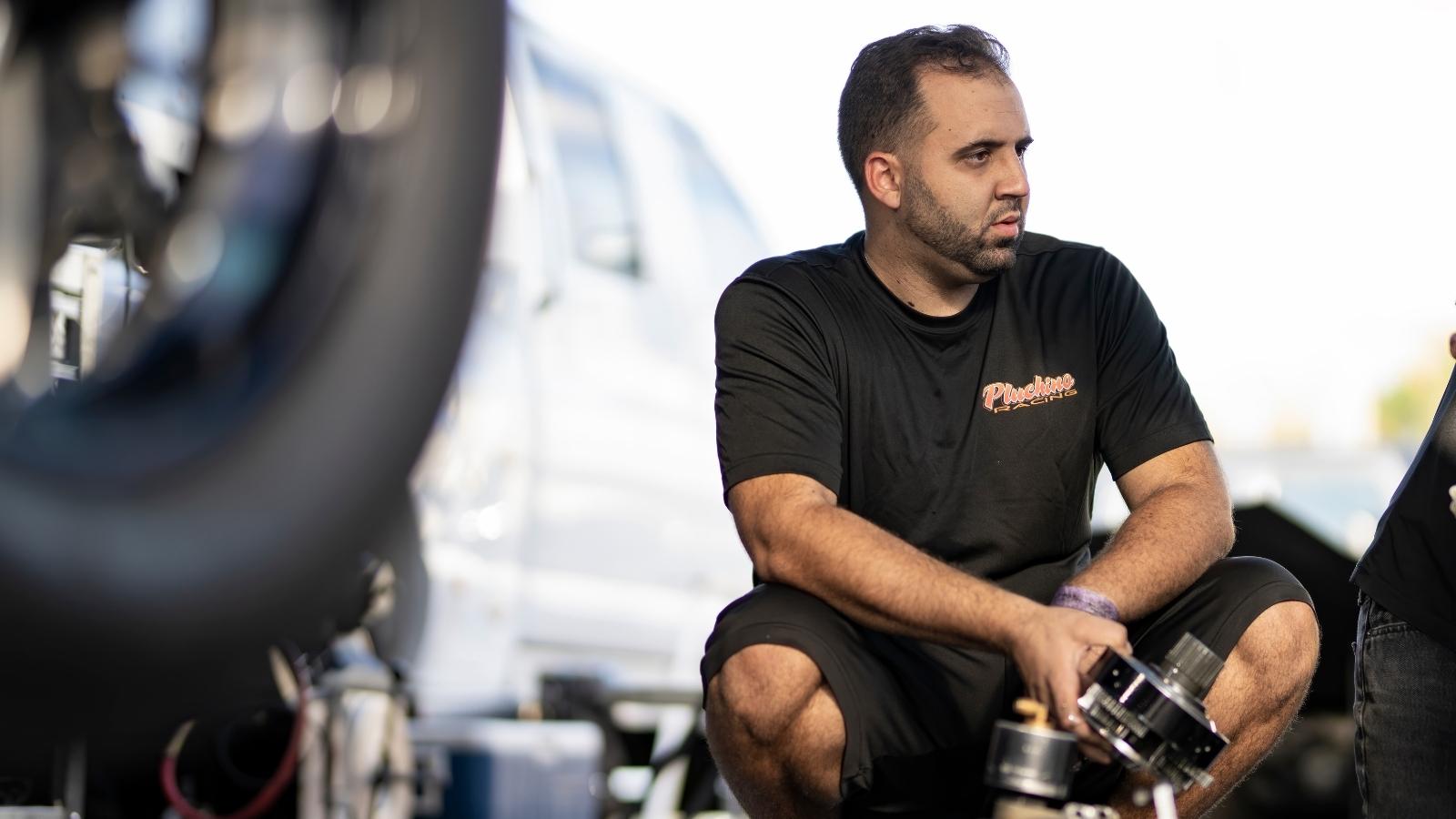 While western Pennsylvania isn’t exactly around the corner from Johnny Pluchino’s home base on Long Island, Maple Grove Raceway is the 2020 Extreme Pro Stock world champion’s home race on the PDRA tour. He had a cheering section full of family and friends on hand to see him win his third race of the season in his father’s Kaase-powered $hameless Racing/Strutmasters ’13 Mustang. Pluchino pedaled his way to a 4.308 at 171.79 in the final round to beat defending world champion Chris Powers, who lifted to a 5.265 at 95.00.

“It’s extra special to win in front of family. I’m just glad to put a smile on everyone’s face,” said Pluchino, who also has two Pro 632 world championships to his name. “I’m extremely appreciative that they came out and supported us. It takes a family that supports you to be able to go do these things. I love them all and appreciate them. We’re going to take one hell of a winner’s circle picture.”

There are still two races left in the season, but Pluchino’s first-round match had serious championship implications, as he had to line up against points leader Tony Gillig. Gillig left first with a .005 reaction time, but he had to lift, allowing Pluchino to pedal on to a winning 4.781 at 163.33. Pluchino then played defense, holding off No. 1 qualifier JR Carr and his 4.502 at 172.04 with a 4.228 at 174.53. Carr was third in points behind Pluchino going into the weekend.

“This weekend is another step in the direction we’re looking to go here,” Pluchino said. “At the end of the day, we ran like sh*t, but we got it done. That’s all that matters. We had to run the guy in the lane next to us and we beat them every time. This was I think the trickiest event I’ve ever been to. I’m not sure why, but it really gave us some fits. To be holding this trophy at the end of the weekend, I’m just extremely grateful. Thank you to my team, my dad, and my partners. This is such a team deal. We have two events left for the ultimate goal.”