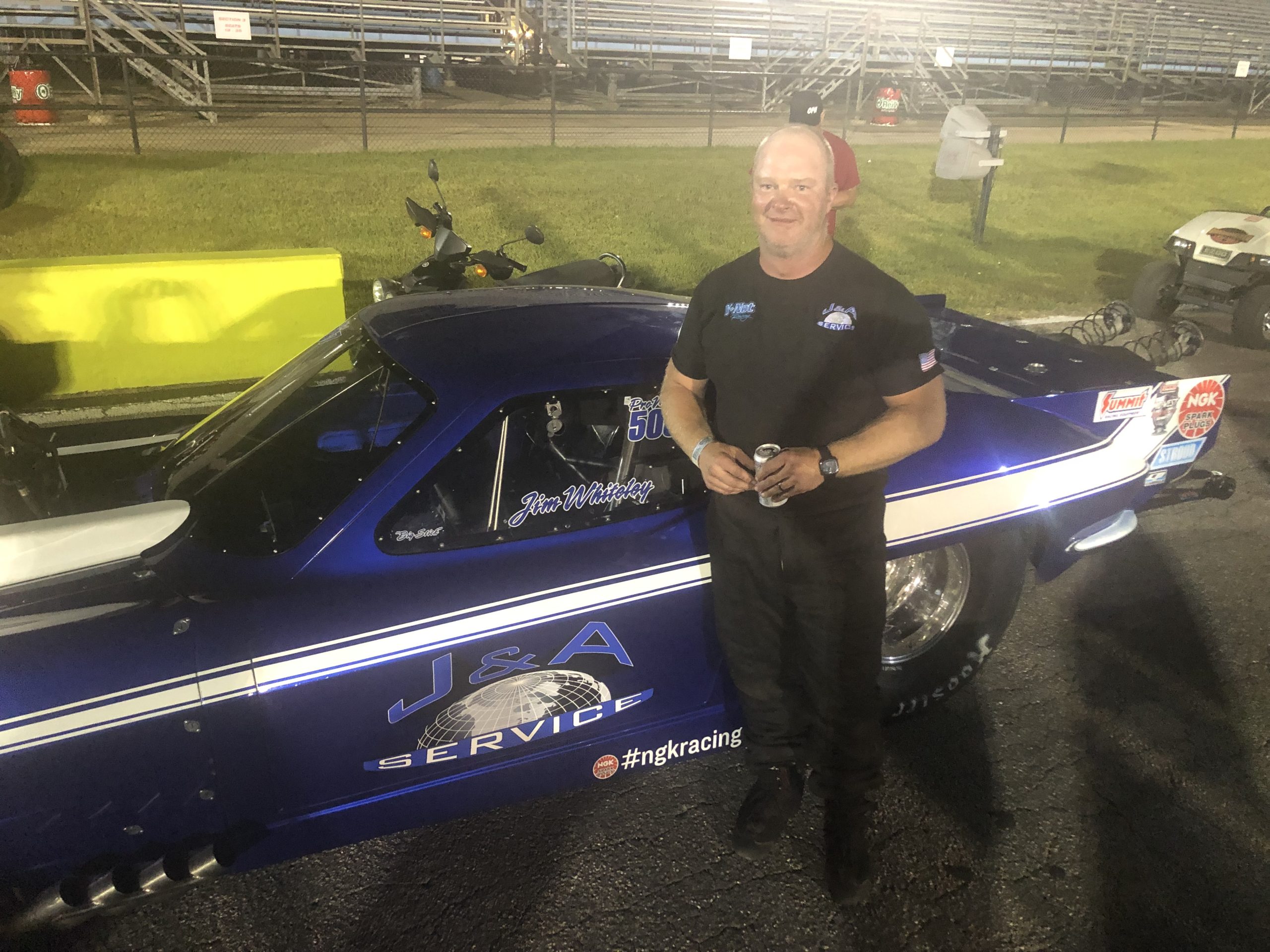 The inaugural NHRA Texas Stampede of Speed Shootout concluded with John Baker, driving Jim Whiteley’s ’63 Corvette Pro Mod, taking top honors and $25,000 for winning the Pro Mod Shootout. Stevie “Fast” Jackson was the No. 1 qualifier of the event with a 3.593 second pass at 215.86 mph during qualifying.

J.R. Baxter of Waxahachie, Texas, won $5,000 in Top Dragster and Lance Abbott of Midland, Texas, won $5,000 for his Top Sportsman win before Abbott claimed the head-to-head shootout bonus of $5,000 driving his ’98 S-10 pick-up to his second winner’s circle of the night.

“We witnessed some outstanding Pro Mod action tonight and the final round battle between John Baker and Bubba Stanton was worth the price of admission,” said Andy Carter, Texas Motorplex General Manager. “The Top Sportsman and Top Dragster competitors also brought their A game all night. The Shootout between Lance and J.R. for the extra $5,000 was a something we would like to do more over in the future. Tonight was about celebrating some of the wild and unique classes in drag racing leading up to the Texas NHRA Fall Nationals.” 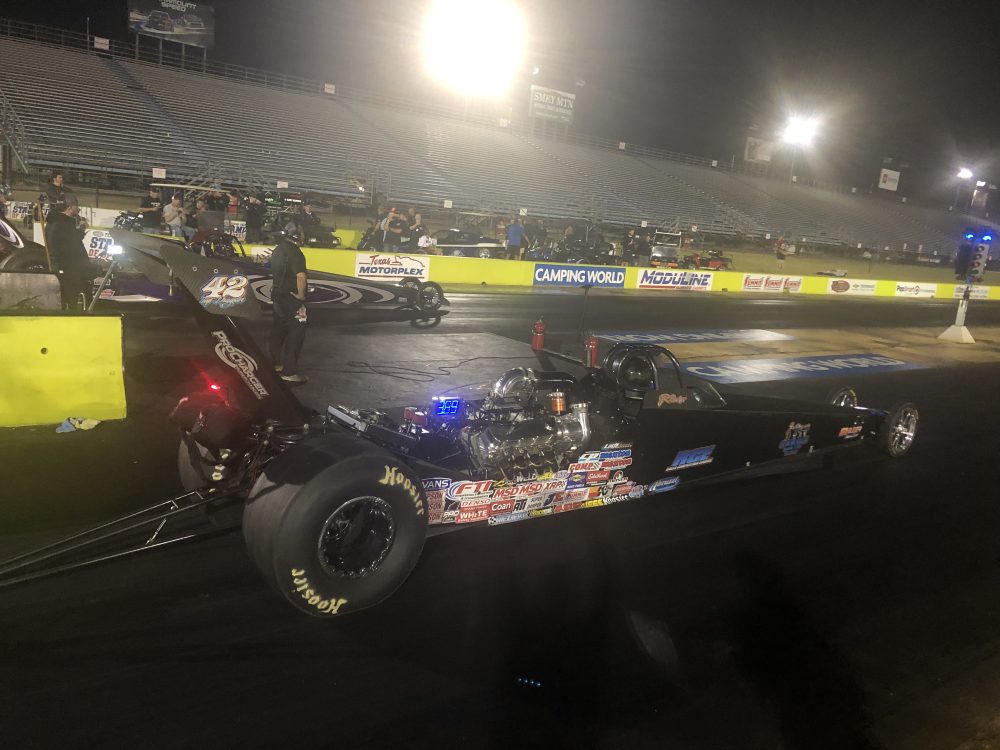 The 16-car qualified field of Pro Mods started the night battling round by round for a chance to race for the $25,000 but it was Baker with Bubba Stanton the eventual runner-up outlasting the field. For his runner-up efforts Stanton pocketed $10,000. Stanton was able to avenge his Monday night loss to Stevie Fast Jackson in the $140,000 grudge race with a semifinal round win to advance to the big money round tonight. 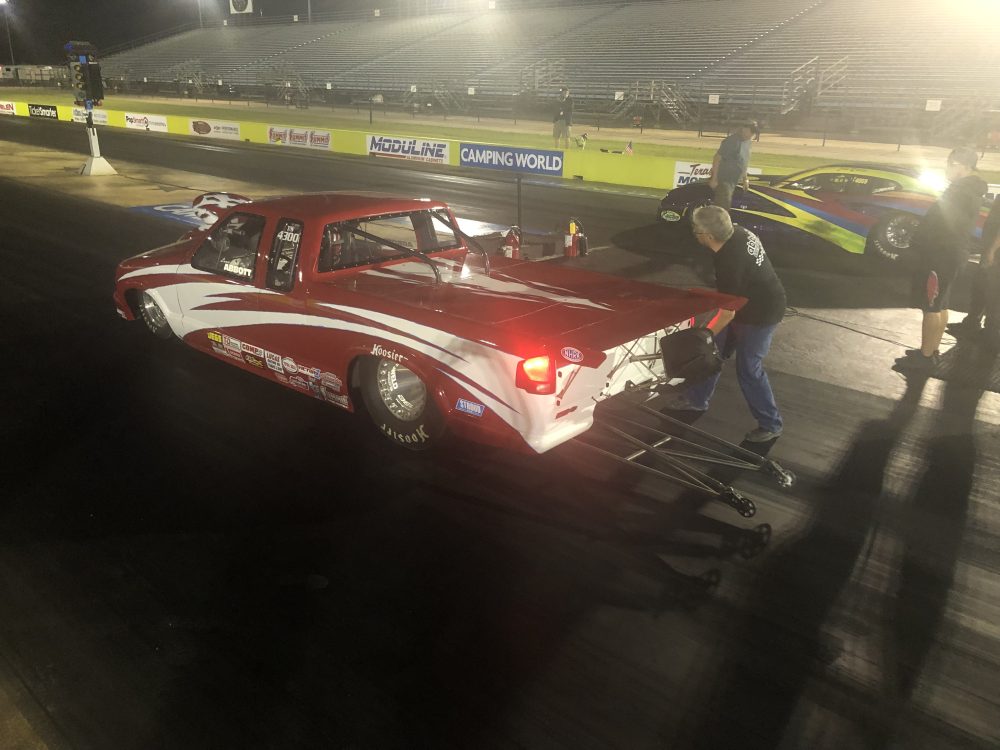 For the second year in a row Friday Night Live will turn the traditional qualifying schedule on its head as music, exhibition runs and a special guest DJ will surround the Friday night NHRA pro qualifiers as they try and run to the top of their respective categories at speeds over 330 mph in under four seconds. The quickest runs of the night in Top Fuel and Funny Car will be awarded $15,000 each for their efforts with Pro Stock earning $5,000 and one Pro Stock Motorcycle rider pocketing $1,500. The night will conclude with a free after-party on the starting line.