After 15 years of sacrifice and dedication, Joey Gladstone rode his Pro Stock Motorcycle to victory at the Denso NHRA Sonoma Nationals at Sonoma Raceway. When asked what his first win meant to him, Gladstone replied with tears in his eyes and a waver in his voice, “It means a lot to me. It means more than you can ever imagine.”

The long-haired, self-proclaimed “renegade” was matched up against his mentor, Eddie Krawiec, in the final round. Gladstone left first on his Reed Motorsports Suzuki Hayabusa with a 0.26 reaction light, accelerated to 200.68 MPH and crossed the finish line at 6.759 seconds.

“I saw Ed [Krawiec] in my peripheral the entire time,” Gladstone explained. “The whole time, he was pretty close to me, and I said, ‘I’m going to wait for that win light to come on,’ and when it did, I’m pretty surprised I got the bike stopped.” Gladstone was so overcome with emotion that he almost forgot to stop his bike and shut it off.

However, the hole shot win came with some tribulations in the first round. Gladstone’s bike wouldn’t do a burnout, and he wasn’t sure if he could fix the problem in time to take the starting line. “Luckily, we shut it off, checked a couple of wires and the race gods let us make that pass. The bike was on rails all day,” Gladstone proclaimed.

According to the Diamond W and J&A Services-backed rider, the bike had the “right package” to win. Gladstone kept an open line of communication with his tuner during the weekend. He felt like that, and his relaxed attitude leading up to the final round, contributed to his first win. “I really tried not to overthink it. I was just walking around – kind of nonchalant. You have to go out there and do your job. You have to go out there and ride like you know how to ride,” Gladstone explained, also giving credit to the racing gods.

After this weekend’s win, the 31-year-old is just two points out of the lead in Pro Stock Motorcycle standings. “Some days you feel like you can’t lose and today felt a lot like that,” stated Gladstone. “My team did an awesome job. I’m with the right group of guys.”

One of the guys that Gladstone referred to is his fellow rider and team owner, Cory Reed of Reed Motorsports. Saying Gladstone and Reed had a rough year in 2021 would be putting it lightly. “It’s been quite the road,” said Gladstone. “Last year kicked our butts. It was an emotional year, and we didn’t race very well either.”

Both Gladstone and Reed suffered horrendous crashes. As a matter of fact, Reed is still recovering from the sidelining injuries he sustained in Charlotte when he collided with Gladstone in the shutdown area. “There ain’t no quit in Cory or myself. I’m so proud of him and love living life with Cory,” Gladstone confessed. 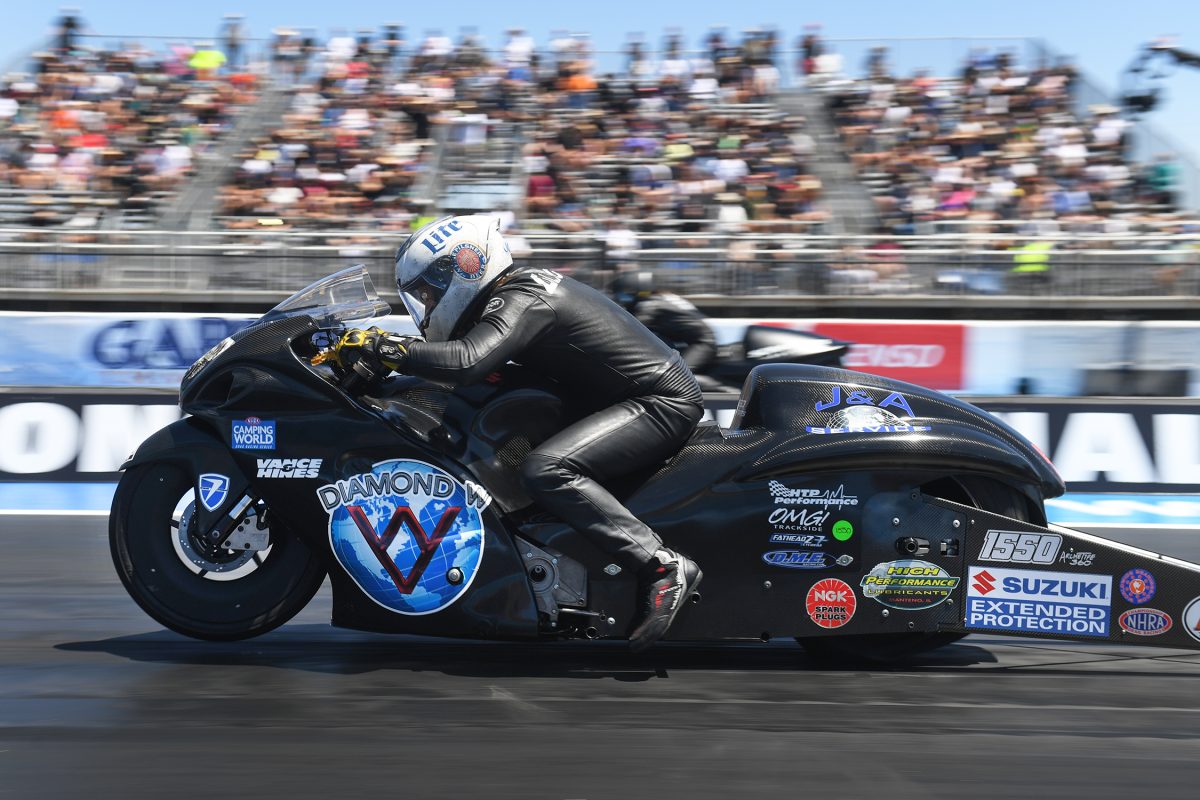 “I want to show my appreciation to Jim and Annie Whiteley and Cory Reed for treating me like a son and a brother, and affording us this opportunity to have this blessing to do this and show our potential and follow our dreams,” Gladstone said emotionally. “This is just the start. We’re hungrier now. We’re going to stand on this and get the championship.”

Gladstone decided when he was 12 years old that he wanted to race Pro Stock Motorcycle. He started drag racing when he was 16 with the goal in mind to not only win NHRA national events but to win a championship. Gladstone’s perseverance and ability to overcome adversity were displayed at the Sonoma Nationals.

“I’m 31 now, and it’s taken me 15 years of dedication to finally get here. Going to all these finals and losing, you wonder in the back of your mind if this is meant to be. Then this happens, and it makes all that sacrifice and the time away from home worth it.”