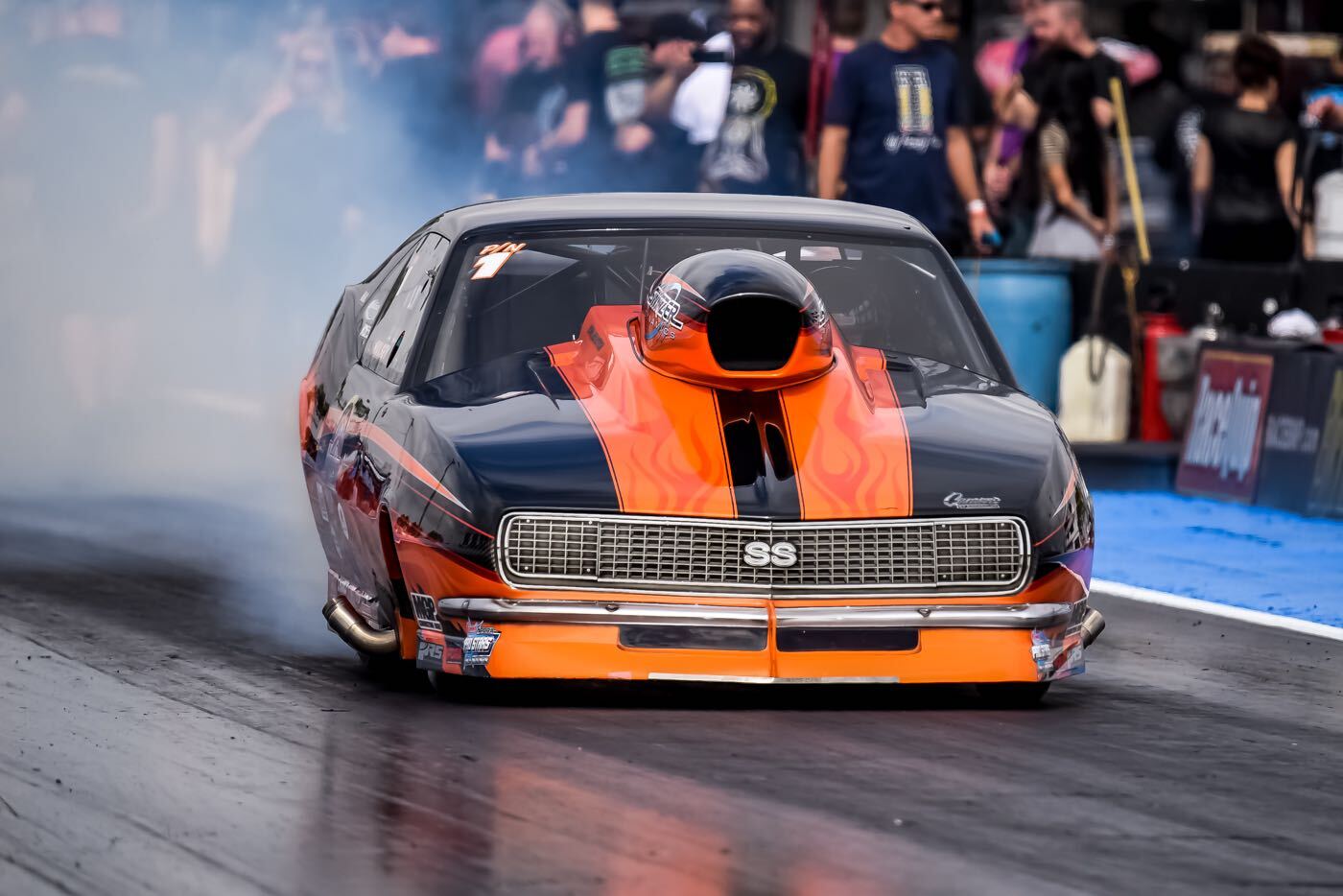 Halsey recorded a 3.635-second pass at 208.17 mph during the second qualifying session, which was cut short due to popup rain showers and cool temperatures. Qualifying will continue Saturday.

The 3.63 pass was one of the first few on a brand-new Fulton-built 959ci engine in Halsey’s “Daddy Shark” ’68 Camaro. It also powered Halsey to a 3.66 in Thursday testing.

“We’re pretty happy with that part,” Halsey said. “We’re just trying to gain a little bit of time like we have been over the last few years.”

Though Halsey was one of the quickest in Thursday testing and the quickest in Friday qualifying, he hasn’t yet had the chance to really flex the muscles in his Brandon Switzer-tuned hot rod.

“We actually came down to do some testing and we didn’t get to test on Tuesday and Wednesday due to weather,” Halsey said. “We got a couple runs [Thursday]. We fell behind trying new stuff and just took a run or two to figure it out. The track was very, very good.” 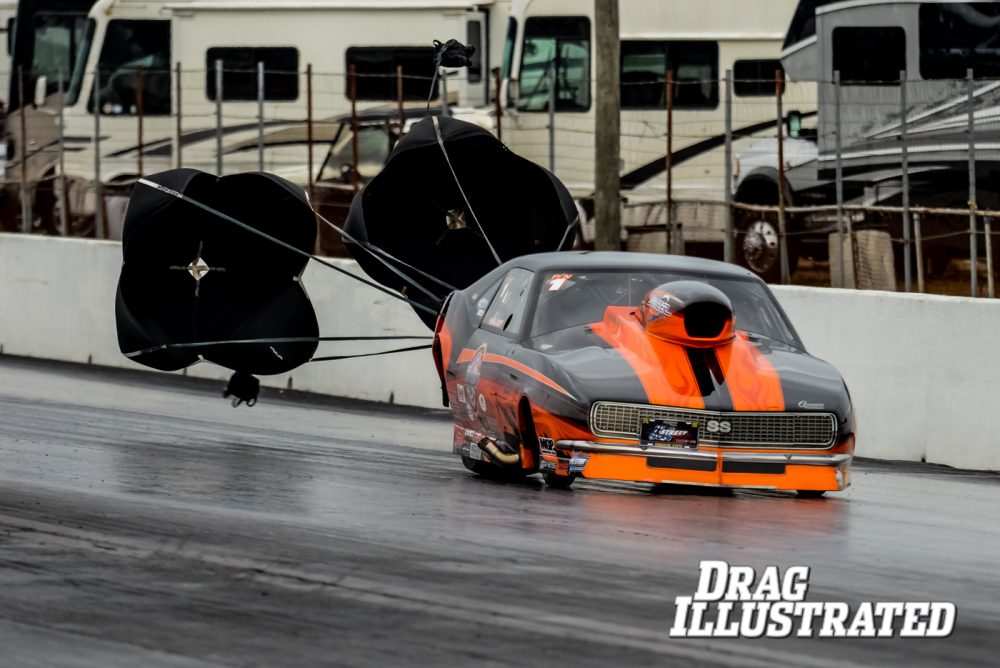 The challenging weather that threatened Friday’s night session will continue Saturday, making for unpredictable conditions for the continuation of Pro Mod Q2 and the start of eliminations.

Chassis builder David Reese drove his new supercharged ’19 Mustang to a 3.794 at 202.97 to take the provisional No. 1 spot in Proline Racing Pro 275 presented by FuelTech USA.

The current low qualifier in Precision Shaft Technologies X275 presented by Mickey Thompson is Jamie Stanton in his ProCharger-boosted ’02 Camaro with a 4.252 at 171.18.

Tennessee’s Tim Kincaid leads the Rife Sensors Limited Drag Radial presented by Motion Raceworks qualifying order on the strength of his 4.038 at 183.97 in his supercharged ’69 Camaro.

Haley James is the provisional low qualifier in TRZ Motorsports Ultra Street presented by Innovative Racecraft with a 4.548 at 157.12 in her turbocharged “War Eagle” 2000 Mustang GT.

Fans who can’t take in the U.S. Street Nationals trackside can tune in from home via the official event livestream on FloRacing.

For more information including a detailed schedule, visit the Bradenton Motorsports Park Facebook page or www.RaceBMP.com.