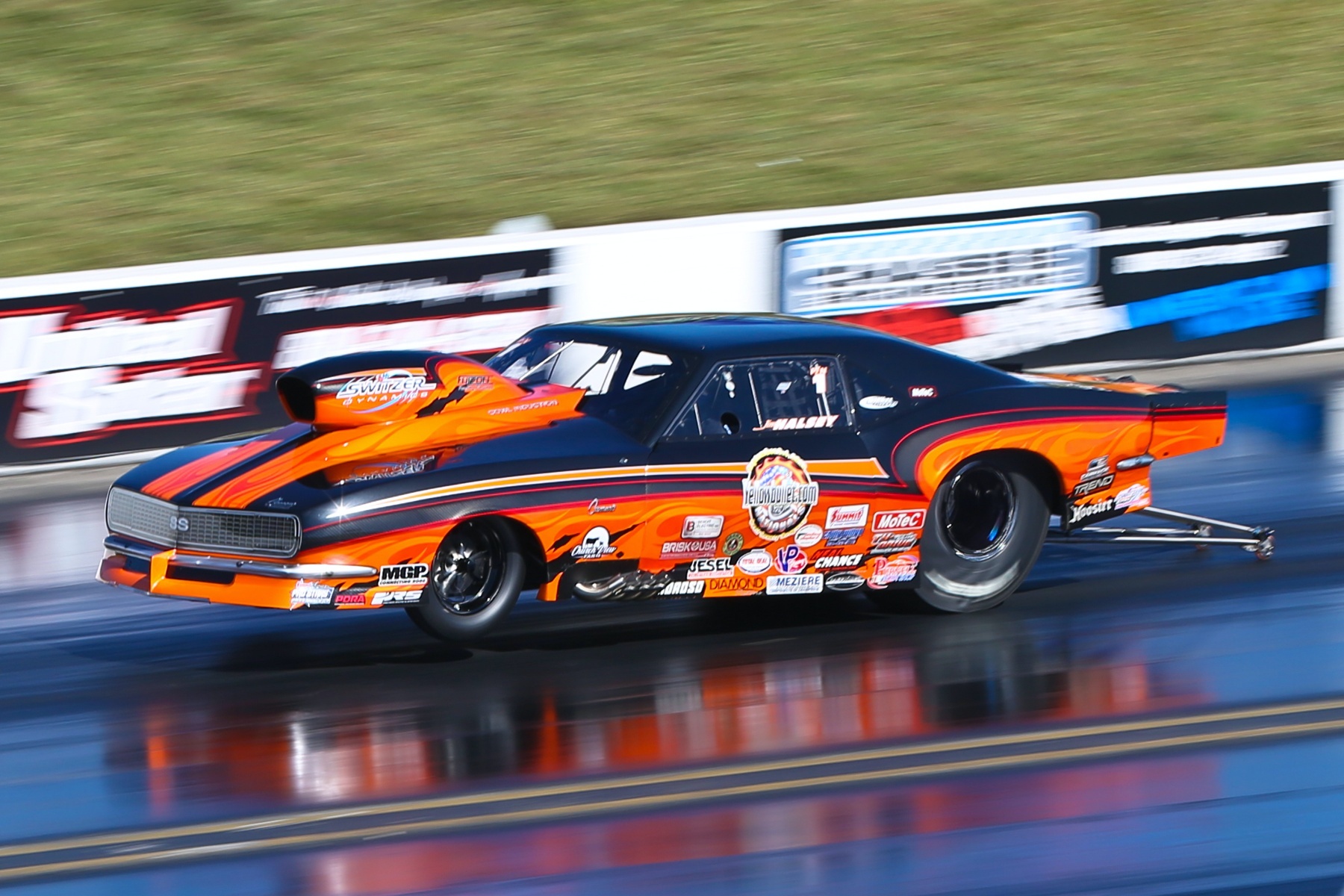 Halsey is now the only driver in PDRA history to win four world championships in the same class.

“It’s pretty satisfying,” said Halsey, who credited his team, including Switzer, wife Cathy, crew chief Eric Davis, Michael McMillan, and Melissa Switzer. “To be the only person to do four in a row is pretty gratifying. The first championship was probably the most exciting because we hadn’t done it before. This one, being four in a row, it just shows what kind of work these guys put into the program and the dedication they have.”

Halsey’s 2022 PDRA season started with an uncharacteristic first-round loss at the season-opening East Coast Nationals presented by FuelTech at GALOT Motorsports Park. He bounced back with a win at the Vortech Doorslammer Derby presented by Stroud Safety at Beech Bend Raceway Park, a runner-up finish at the DeCerbo Construction American Doorslammer Challenge presented by Callies at Summit Motorsports Park, and another win at his home race, the North vs. South Shootout presented by Line-X and Iron Man Quick Connect Push Bars at Maryland International Raceway. A runner-up finish followed at the Summit Racing Northern Nationals presented by Penske Racing Shocks at Maple Grove Raceway. Halsey also qualified No. 1 at four races this season.

Even with all that success, Halsey said the highlight of his season was a recent test session at Cecil County Dragway, the Maryland track he and wife Cathy own and operate. The test session made up for the second-to-last race of the season, Pro-Fab DragWars at GALOT Motorsports Park, which was cancelled due to Hurricane Ian.

“We figured some stuff out there after we struggled for a few races,” Halsey said. “When they rained GALOT out, we went home and tested and had two good days of testing and it’s showed this weekend.”

Halsey was still left in competition when the Proline Racing Brian Olson Memorial World Finals presented by ProCharger was rained out after the second round of eliminations.

With the 2022 PDRA season wrapped up, Halsey is already looking ahead at 2023 and his drive for five titles.

“It’s going to be tough,” Halsey said. “With [Chris] Rini and Tommy [Franklin] and Jay [Cox] and those guys, then Wes Distefano is running good again, it’s going to be a tall order.”

Rini, Halsey’s closest championship challenger, picked up his first career Pro Nitrous win at the Drag 965 Summer Shootout presented by Classic Graphix at Virginia Motorsports Park, then defeated Halsey in the final round at the Northern Nationals for a second consecutive win in his Buck-powered ATI Performance ’69 Camaro.

The PDRA will celebrate Halsey and the other 2022 world champions at the annual PDRA Awards Banquet on Friday, Dec. 9 during the Performance Racing Industry (PRI) Show in Indianapolis.