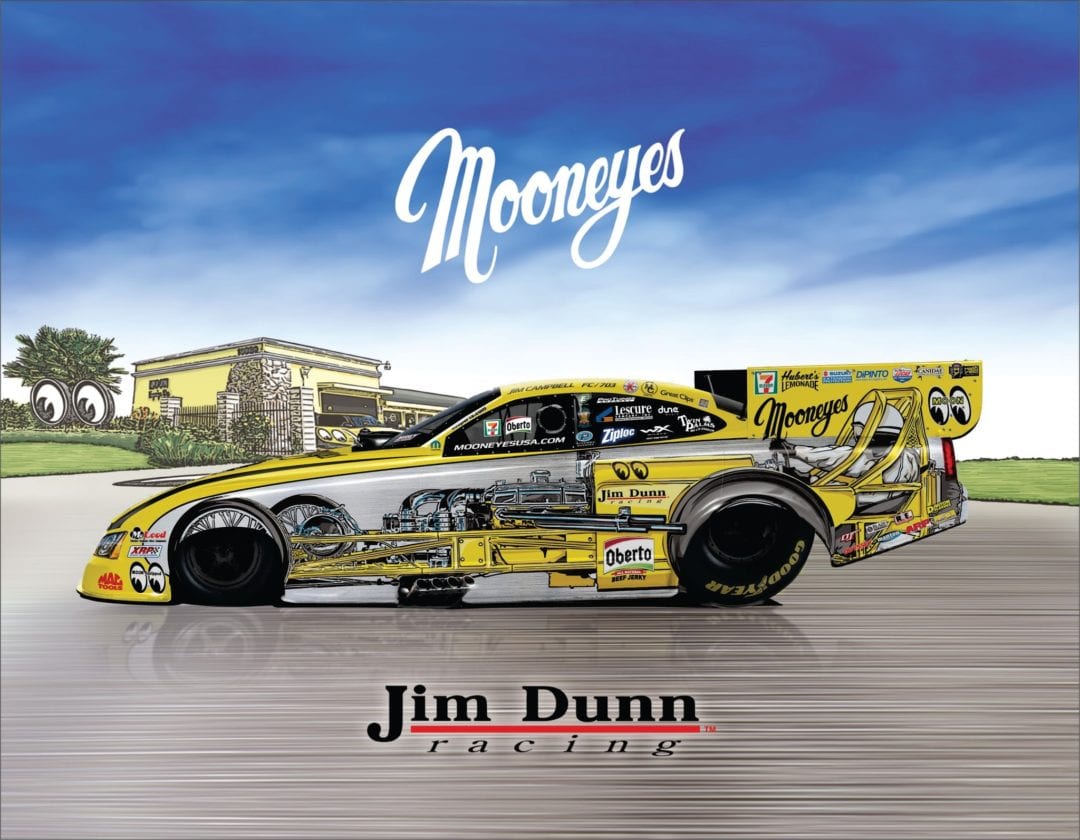 At the end of last season, Jim Dunn Racing introduced radically designed artwork on its Funny Car that featured an image of the 1960’s Mooneyes dragster. That artwork returns with even more detail at the NHRA season opener in Pomona, including an overhead view looking at the top of the front engine design on the hood of the Nitro Flopper.

Along with new graphics, the team will start the season with new driver, Jim Campbell. A Southern California resident, Campbell lives near the team’s race shop in greater Los Angeles. The team has also added a significant new sponsor during the offseason, 7-Eleven, the world’s largest convenience store chain, in conjunction with an Oberto Beef Jerky retail promotion. Jim Dunn Racing and Mooneyes are offering a commemorative t-shirt available at the Fairplex this weekend, or online. With all the new elements, the team is excited to start the season.

Jim Dunn Racing will see three different primary sponsor graphics on the Funny Car over the span of the first three races as Mooneyes appears at Pomona, followed by USD Parts Inc. at Phoenix, and then 7-Eleven graphics debut at Gainesville and carry the team through the bulk of the season. The bright green and orange 7-Eleven Funny Car graphics will adorn the team’s hauler all season and can be spotted at tracks for fans to stop by, watch the team at work, and get autographs.