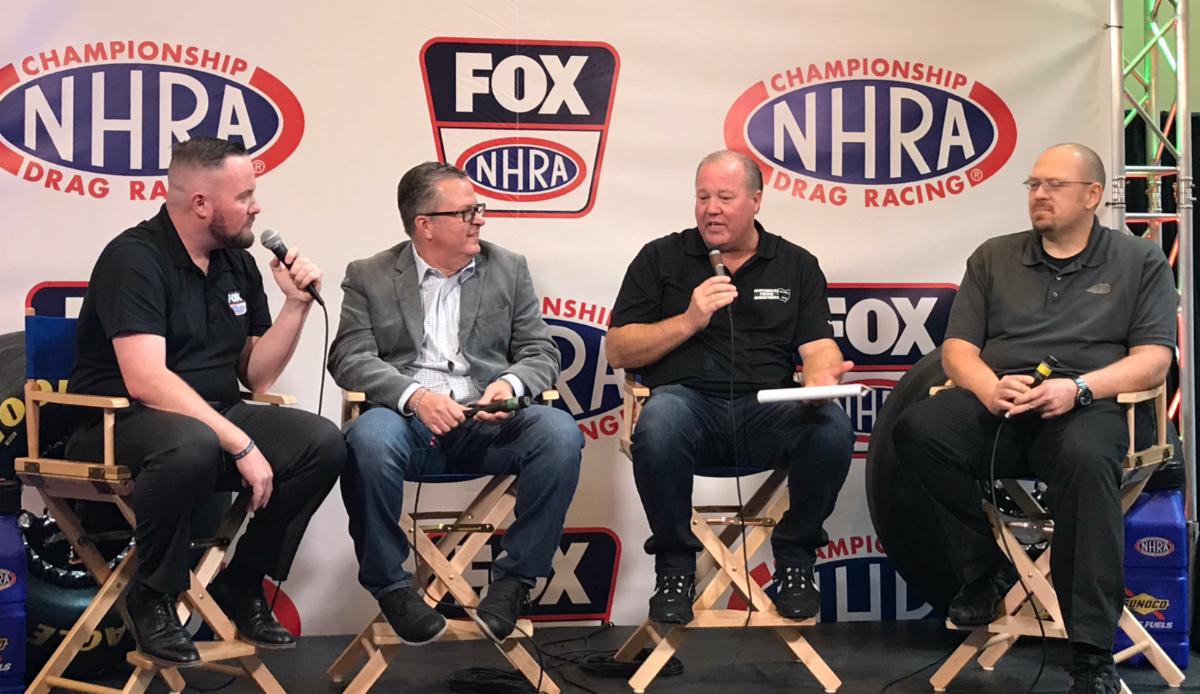 “Being a national event, the JEGS SPORTSnationals already is a huge deal for Sportsman racers but we wanted to make it even bigger so Jay Livingston, the owner of National Trail Raceway, and I worked with the NHRA to add a Lucas Oil Drag Racing Series event into the mix,” said Scott Woodruff, director of media and motorsports for JEGS. “NHRA was totally on board and shortly thereafter JEGS SPEEDweek was born.

The double-event weekend will begin Wednesday with a test-and-tune session for all participants. The schedule will then shift to the North Central Division event on Thursday and Friday, followed by the annual JEGS SPORTSnationals Saturday and Sunday.

All Sportsman categories will be contested, including Top Alcohol Dragster and Top Alcohol Funny Car. The two alcohol classes will run a regional event during the JEGS SPORTSnationals with qualifying beginning at 6 p.m., Friday, under the lights. 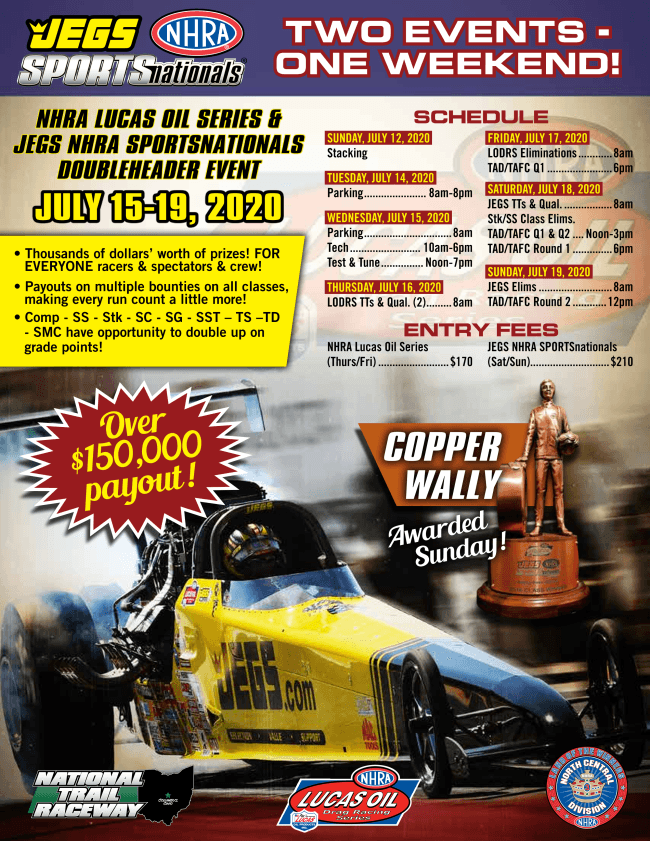 “We are working hard to make this the largest event on the calendar,” Livingston said. “We want JEGS SPEEDweek to be at the top of everybody’s list when they put their racing schedule together. The JEGS SPORTSnationals already draws so many top racers and with this event coming just a week after the JEGS Allstars in Chicago, we’re hoping for record participation.

“I know local race fans are going to go crazy for this event. So many people have such wonderful memories from this track and they’re all thrilled we’re bringing back big drag races like this one. It’ll be a very popular response.”

Since assuming ownership, Livingston and his team have invested plenty of time and money into National Trail. All of the public infrastructure — bathrooms, concession stands, ticket booths and entrances — has been completely redone and additional upgrades are planned in the future.

“Columbus is home to JEGS and we’ll be celebrating 60 years of providing the best high performance parts to our loyal customers in 2020, so to have a prestigious event like JEGS Speedweek at a facility like National Trail Raceway, right in our own backyard, is going to be special,” Woodruff said. “Sportsman racers make up a special segment of our consumer base so we love being able to treat them to special events like JEGS SPEEDweek.”