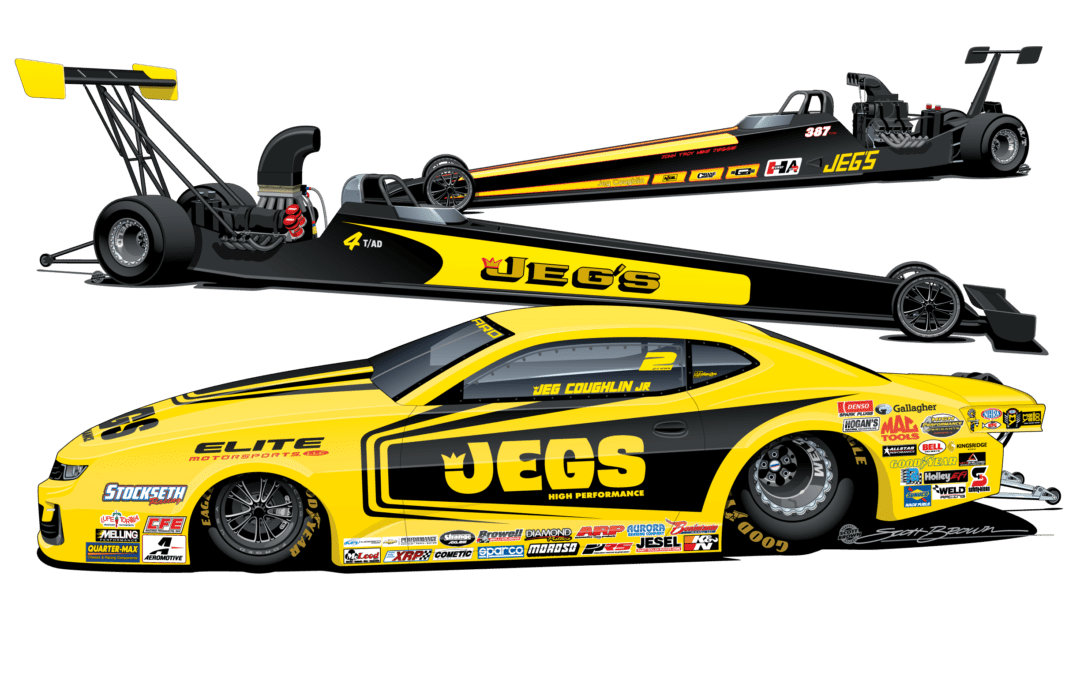 Mike Coughlin has transformed his Top Dragster into a replica of his father’s dominant Top Fuel Dragster that collected three North Central Division championships in 1977, 1978 and 1980 and set a personal-best elapsed time of 5.78 seconds. 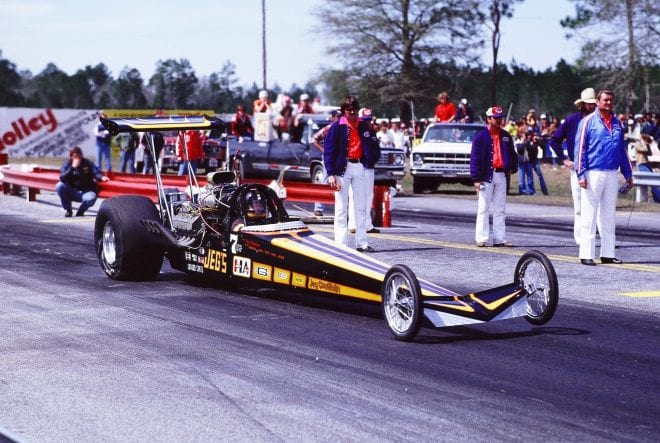 “Our PR guy Woody Woodruff came up with this idea and I think it’s great,” Mike Coughlin said. “I’ll be running the exact same design as Dad’s first Al Swindahl-built Top Fuel Dragster that set a whole bunch of speed records and won three championships back in the day. I take a lot of pride in having the opportunity to recognize Dad like this and drive this car. I hope it rekindles a bunch of great memories for him and the fans.”

While there is little doubt that Jeg Coughlin Jr.’s success in Pro Stock — five world championships and 62 national event wins, including the last race in Phoenix two weeks ago — makes him the most prolific Coughlin of all time, winning events in the factory hot rod class all started with dear old Dad back in the early 1970s. 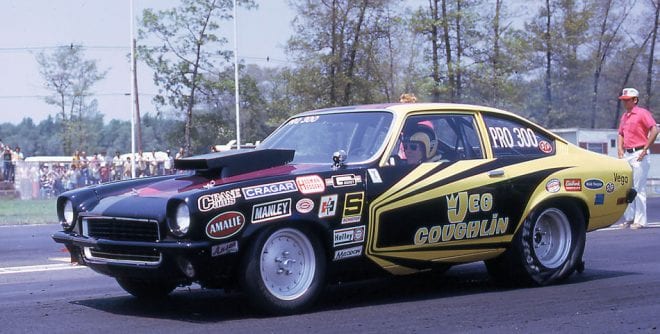 “I’m very honored to say the least,” said Jeg Coughlin Jr., whose JEGS.com Elite Motorsports Camaro will take on the scheme of the Vega and Pinto Jeg Coughlin Sr. ran from 1972-1975. “My Dad has always been my hero, in racing, at work and in life. It’ll be fun to see his reaction to these cars and to have him standing behind us on the starting line when we fire them up.

“My brothers and I grew up at the racetrack watching him do his thing so these designs are familiar to us as well. I just love this whole concept. It’s something we started working on when NHRA announced the festivities they had planned for the 50th Gators. It’s fun to salute the history of this event and Dad’s racing days at the same time.”

The most successful of the third generation of drag racing Coughlins, Troy Coughlin Jr. will sport a retro look of his grandfather’s 1976 Pro Comp dragster on his championship-winning Top Alcohol Dragster, which is owned and tuned by Rich McPhillips.

During the nation’s bicentennial year, no one was tougher in Pro Comp than Jeg Coughlin Sr., who cruised to the North Central Division podium on the strength of four wins in five final-round appearances at the divisional level. He also scored runner-up finishes at the Montreal and Englishtown national events that year. 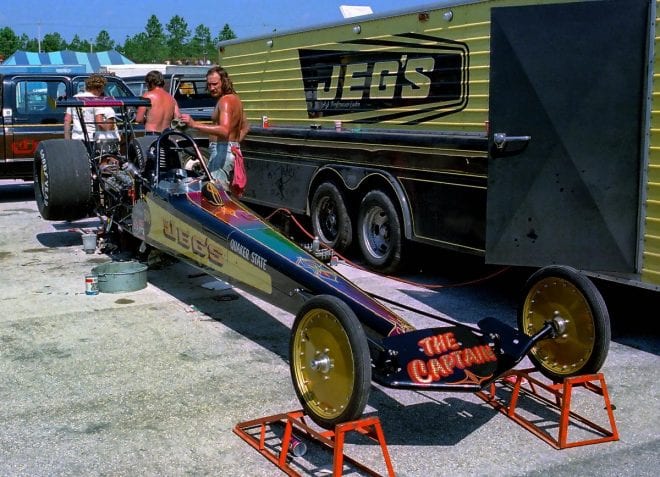 “This is one of the coolest things I’ve done in racing,” said Troy Coughlin Jr., the son of three-time Pro Mod champion Troy Coughlin. “Flying the colors of Pappy’s Pro Comp car is like a dream come true. I’ve seen so many pictures of the things he accomplished in this car and to be able to run it again for a person I admire and love so much is incredible. We are all so fortunate to have him in our lives,

“This race will be emotion-packed, not just for Pappy but for everyone. With all these legends like Don Garlits, Shirley Muldowney, Joe Amato and so many others on hand for the rivalry race, it gives all of us a chance to salute and thank these people that made our sport what it is today.”