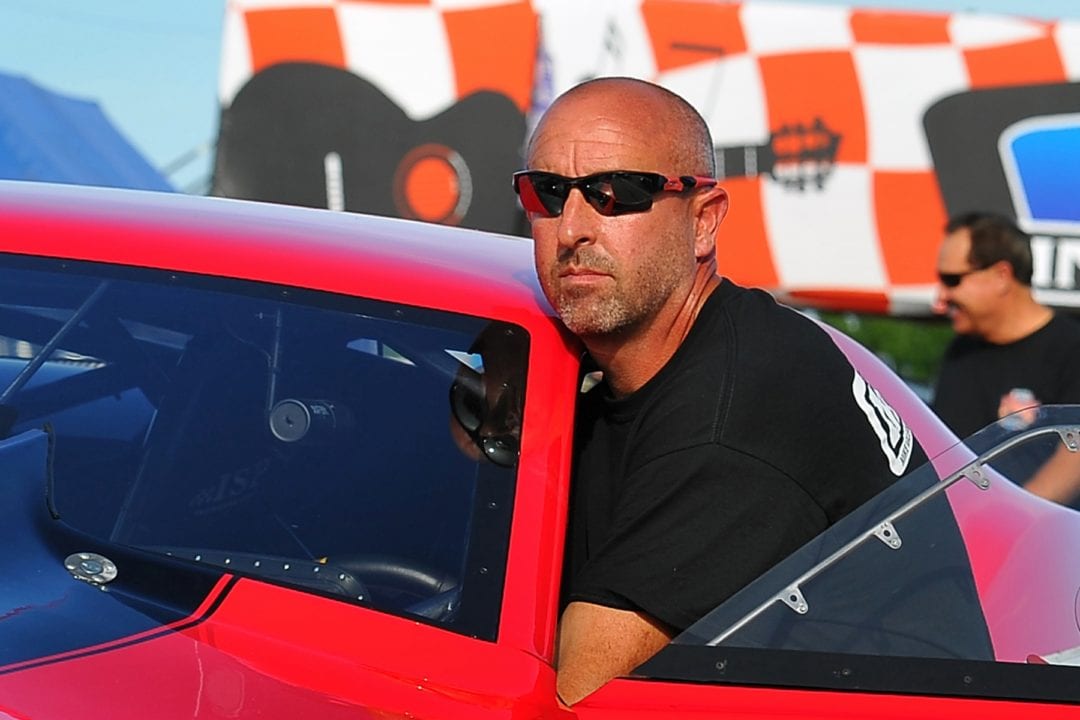 The two-time ADRL Pro Extreme world champion is set to make his NHRA Pro Mod debut at the biggest race of the year, next weekend’s U.S. Nationals in Indianapolis.

Scruggs had hinted at the change earlier this year and then planned to run NHRA Pro Mod for the first time in September in St. Louis. But after a solid test session and a last-minute spot opening up at the U.S. Nationals, that schedule got bumped up three weeks.

“I will be (at Indy). To be honest, it is exciting,” Scruggs said. “I wish we were a little more prepared for it. We didn’t plan on going to Indy until the last minute. There were some guys who couldn’t make it for different reasons and it kind of just came up this week.

“But at the end of the day, it’s going to be a great learning experience. The U.S. Nationals is the granddaddy of them all and it’s pretty cool that it’s my first race.”

It’s a fitting stage for the winningest driver in Pro Extreme history and one of the biggest stars ever in the Outlaw Pro Mod ranks, but the move came together quickly for the Saltillo, Miss. native.

After the PDRA officially announced the end of the Pro Extreme class in mid-June, Scruggs and his tight-knit team went to work on replacing the screw-blown engine with a roots blower, ultimately going with a Chuck Ford blower for the “Mississippi Missile,” a RJ Race Cars ’69 Camaro.

Roger Henson and Scruggs’ father, Mitchell, as well as close friend Wesley Jones all played key roles in the changes that were completed last month, and Scruggs made his first test pass in the new set-up last weekend at Virginia Motorsports Park.

He was solid right off the trailer with the roots blower, running 5.91 and going as quick as 5.86 during the five test passes he made.

“We see a lot of room for improvement, but it’s going to be exciting,” Scruggs said. “We’ve got real good equipment, we’re just lacking a little knowledge. But if we make a run at the right time, don’t count us out. We’re a tenth behind the fastest cars and it’s not where we want to be, but you have to start somewhere.”

It also marks the first time Scruggs has raced the quarter-mile since his Top Sportsman days 25 years ago.

That alone is a shot of adrenaline for Scruggs, who admitted to getting burned out the last couple years as Pro Extreme participation dwindled.

Now jumping into the red-hot NHRA Pro Mod ranks where a total of 32 cars will be competing at the U.S. Nationals, Scruggs can’t help but feel a huge jolt of excitement.

“I think it is going to be a lot more fun for me. You always like something new and that part of it is exciting,” Scruggs said. “Instead of chasing half a hundredth, we’re so far behind we’re chasing half a tenth and that’s kind of fun again. I think it’s going to be exciting.”

Part of that joy is not dealing with the stresses of competing for a world championship. Scruggs plans to compete in six – or half – of the 2019 NHRA Pro Mod races next year, taking off the middle part of the year when he is the busiest on his farm.

But he also hinted at another summer race he hopes to attend in 2019 – the World Series of Pro Mod, which takes place Aug. 9-10 at Bandimere Speedway.

“I’m planning on it,” Scruggs said. “I told Wes (Buck) I wanted to support him and I think it’s a really cool race.”

As for the immediate future, Scruggs wants to put together a respectable showing in Indy and then hopefully in St. Louis as well. But based on Scruggs’ incredible track record over the years, it certainly isn’t out of the question for him to jump right into the NHRA Pro Mod mix. Just that possibility has Scruggs thrilled for the future.

“It’s a real big challenge. It’s almost like starting over,” Scruggs said. “But we want to get out there and make the car competitive again. We’re going to have some fun with it. It’s tough to get (qualified), but if you get in, you have a shot.