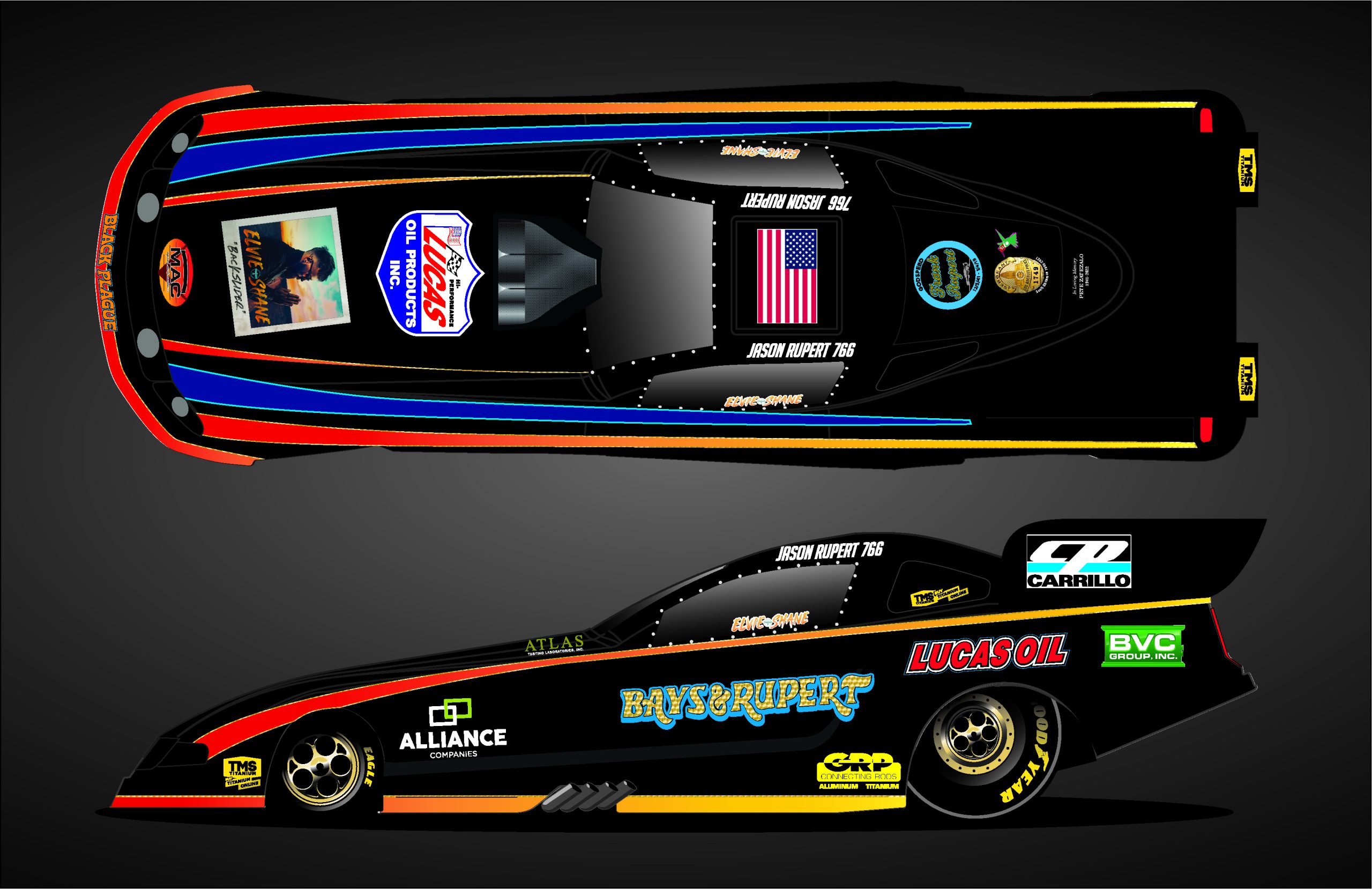 Shane will be onboard with Rupert Motorsports at select events in 2022 with signage on the hood and side window promoting his critically-acclaimed, full-length debut album Backslider released on Wheelhouse Records in October which features Shane’s No. 1, GOLD-certified debut single “My Boy” and the recently-released “County Roads.” The Kentucky-born country singer and songwriter is set to embark on his My Kinda Trouble 2022 Tour at venues throughout the United States. Tour dates and info are available at www.elvieshane.com.

“The biggest win for me is to do all this successfully enough to support my hot rod habit,” said Shane. “Music and cars are a common thread in my life, and you can hear nods to different cars through the entire Backslider record. I can’t wait to see what 300 mph looks like from the starting line.”

Rupert is happy to announce renewed support from Lucas Oil, a longstanding partnership that dates back to the primary sponsorship of his first Top Alcohol Funny Car in 1996 and through three consecutive Nostalgia Funny Car championships in the NHRA Hot Rod Heritage Series. Rupert relies on Lucas 70 Plus racing oil to keep his 11,000-horsepower engine alive and is a proponent of their entire line of oils, greases, additives, fuel treatments, and appearance products.

“It’s been incredible to see Forrest Lucas’ vision materialize into what it’s become,” said Rupert. “The privilege of representing Lucas Oil for so long isn’t something I take for granted, and it’s a great feeling to finally begin a season in Pomona with their logo on the side of a Nitro Funny Car. We learned so much last year getting our feet wet with the nitro car. We’ve been fortunate to access great parts and assistance. We really want to start the year strong at home in front of all the people who have helped us and been a part of this.”

Rupert plans to compete at 5-6 events on the 2022 NHRA Camping World Drag Racing Series, selecting events on the West Coast throughout the season in addition to traveling to Dallas later in the season for the Texas NHRA FallNationals Oct. 13-16.