With the current state of affairs in our state and country, the complete season, for Big Dog competitors, as well as all other motorsports, has been in doubt since March of this year. Kevin Shipmon, the general manager of Piedmont Dragway, remained optimistic and was finally able to put together the new season to begin on June 4. The abbreviated season will include two events in June, in order to have a complete six-race season. The other question is would spectators be allowed and what rules and regulations would have to be followed. With all questions behind them, racing teams begin rolling into the facility on Thursday morning, with much anticipation for a successful event.

Piedmont Dragway began hosting Test n Tune days several weeks before, so most drivers had their cars ready when the call came for first round of qualifying, which put a familiar face at the head of the group, that being Jason Harris. With last year’s Jerry Bickel Camaro in Big Dog trim, Harris had won the recent Buck 800 event at Darlington Dragway so he, as well as most regular Big Dog competitors, had shaken the rust off and were ready for the 2020 season at “the DoorSlammer Capital of the World,” Piedmont Dragway. 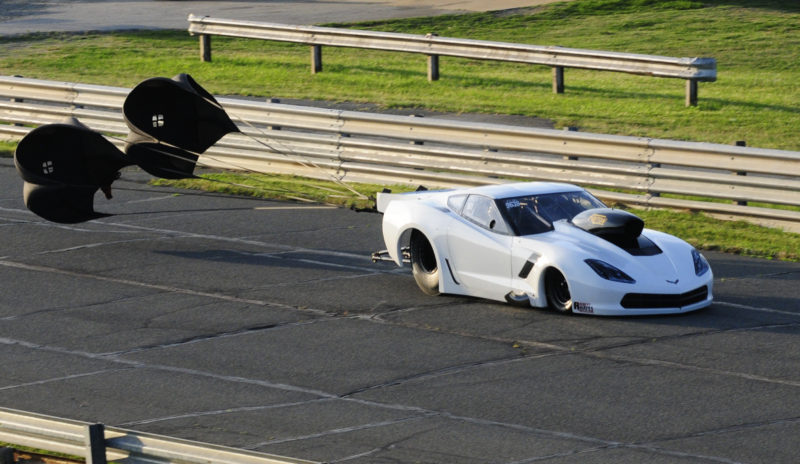 Qualifying round 1 was a bit of a mixed bag as Harris was in the first slot for both rounds with the result being Harris #1, with 2019 champ Brian Shrader #2 at 3.975, followed by the Vaughn Myles Camaro driven by Travis Harvey #3 at 3.994 and Robbie Keziah at 4.009. The next four drivers included Cam Clark at 4.02, causing a piston change and having to set out the second round of qualifying. Sixth was Justin Wall, with a new wrap on the Pontiac at 4.095, then Mike Graham at 4.35, in a borrowed car allowing him to qualify for points, and Bubba Turner in at a 5.37.

Other cars in the works, waiting on a motor is the 2017 champ, Tim Lawrence. Former competitor Chris Rini is also awaiting engine blocks. Andy Beal is finishing a Camaro. Brett Nesbitt had a previous engagement at another event. There will also be a second car in the Keziah-Mitchell team. By August, Big Dog will possibly have a field of competitors numbering 16 or more. Recent events have shown the popularity of this type car with almost 70 cars showing up for the first PDRA event. 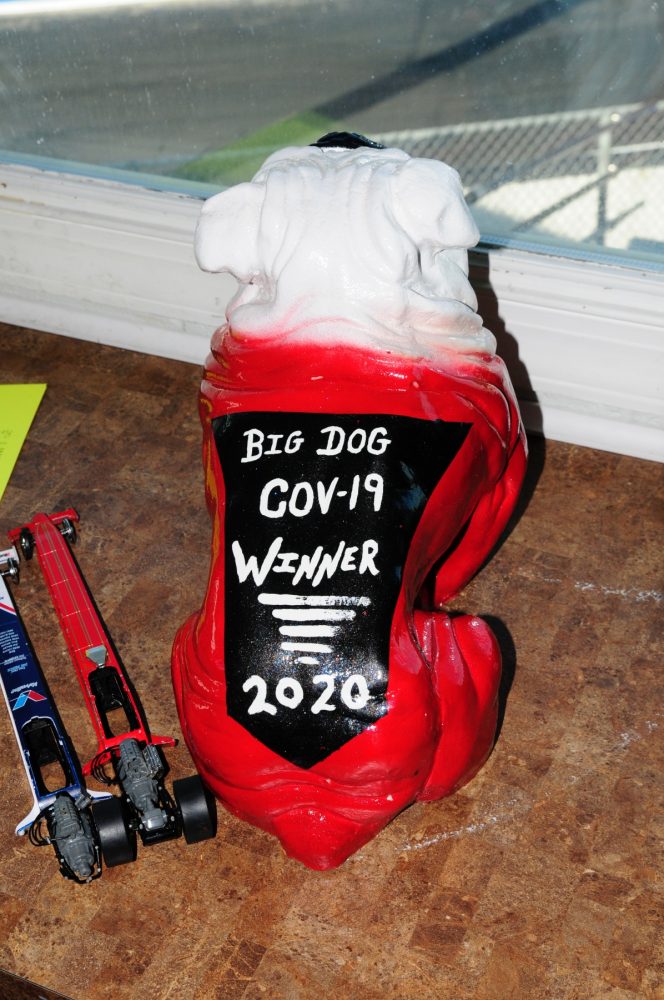 Round one had some competitors with broken parts so Harris got a bye when Bubba Turner broke. Mike Graham ran a 4.53, in his borrowed Pontiac after Cam Clark had an electrical fire. Justin Wall advanced over Robbie Keziah and Travis Harvey had a rare nitrous explosion giving a win to Brian Shrader. Second round had two familiar faces advancing with Shrader winning with a 3.957 over Mike Graham and Jason Harris running a 3.933 to defeat Justin Wall. The final had Shrader losing traction at about 200 feet out but Jason Harris set low ET for the track for the third time with an amazing 3.922 at 186.25MPH. Jason won but was P&G’ed , but all was OK and the Covid Big Dog trophy went back to Pittsboro.

Piedmont would like to express sincere thanks for all sponsors who patiently awaited the beginning of competition for the 2020 season. They include Super Clean Degreasor, back to be presenting sponsor for the Big Dog Shootout. Extra incentives were added by Mark Micke’s M&M Transmissions and Lee’s Collison, both of which added a $100 bonus for low qualifier in Big Dog.

The second race of the abbreviated season will be held on Thursday, June 18, so get ready for the best in “Door Slammer” racing, Piedmont Dragway’s Big Dog Shootout.