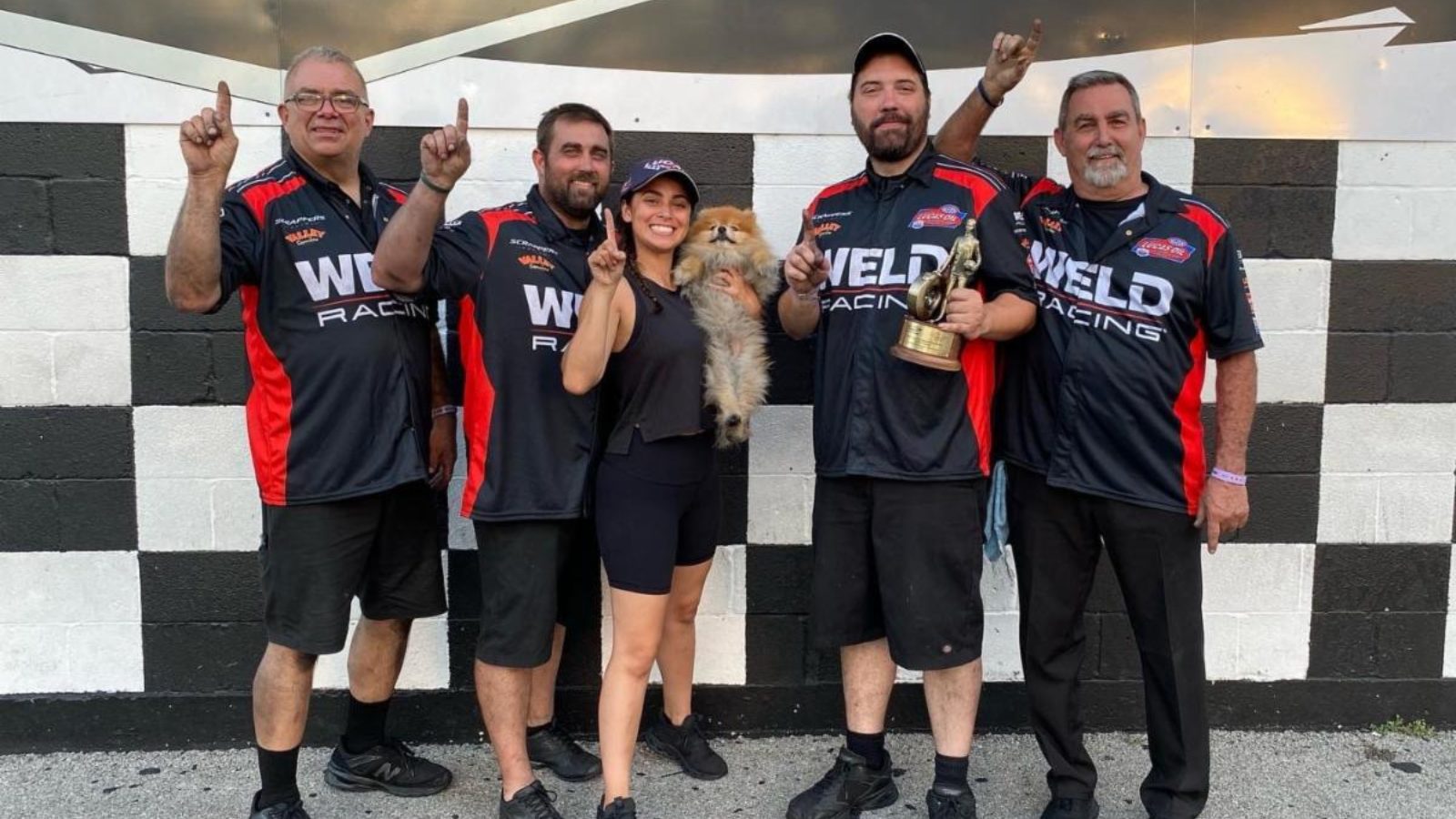 Adding another event win and a runner-up to her stellar performance this season, Jasmine Salinas continues to demonstrate high-performing consistency wherever she goes. In an exciting conclusion to the NHRA Lucas Oil Drag Racing Division 3 event at Route 66 Raceway in Joliet, Ill., which was rained out earlier this year, Salinas powered her WELD Racing Top Alcohol Dragster to the winners circle at the make-up event in Bowling Green.

When the event was rained out earlier this month, NHRA officials determined that the remaining rounds would be completed at the Lucas Oil Drag Racing Series event at Beech Bend Raceway Park. Salinas was the No. 1 qualifier with a pass of 5.288-seconds at 274.50 mph and she had already won the first round of eliminations prior to the postponement.

Upon arrival in Bowling Green, the Scrappers Racing Top Alcohol Dragster crew, led by Rich McPhillips Sr. and Richie McPhillips Jr., jumped into action. The make-up event took place during regular event qualifying. Per the original race ladder, Salinas had a bye-run into the finals where she faced Matt Sackman. Although Sackman got the starting line advantage, he lost traction and Salinas managed to get around him for the win, laying down a 5.312 at 270.92. This marks her second regional win of the season.

“I’m so glad we got to park the WELD Racing Top Alcohol Dragster in the winners circle today,” said Salinas. “My entire team is incredible. We’ve got a lot of things figured out right now. We just need to keep working hard and stay focused.”

There was little time to celebrate as the team was deep into the competition by that point in the weekend, facing a challenging lineup from the No. 5 qualifier position, Salinas faced Robin Samsel in the first round of eliminations. She cut an impressive .094-second light and took that starting line advantage all the way to the stripe for a first-round victory. Next, she defeated No. 1 qualifier Julie Nataas who went red. In the finals, she faced her McPhillips-tuned teammate Mike Coughlin. Coughlin cut a great light and held on to it for the event win.

Salinas will compete alongside the rest of the Scrappers Racing team this week at the Dodge Power Brokers NHRA U.S. Nationals at Lucas Oil Indianapolis Raceway Park.