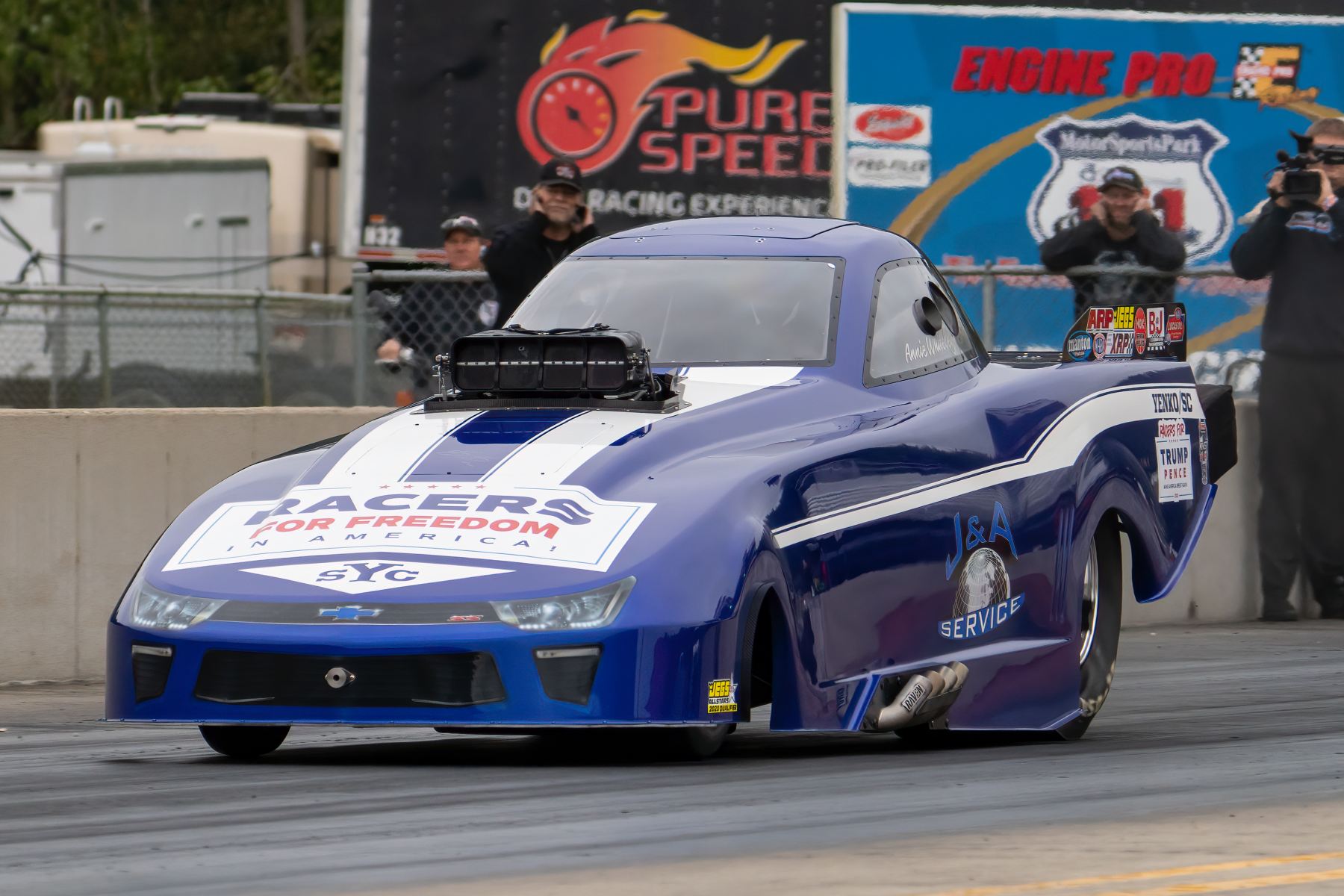 J&A Service co-owners Jim and wife Annie Whiteley also will continue to compete in the all-eighth-mile MWDRS, with Jim and son Steven Whiteley in Pro Mod, while Annie will race with the Funny Car crowd.

“We come from an NHRA background, so we really liked the aspect of just having another venue to go run, especially for the Top Alcohol Funny Cars,” Jim Whiteley said. “We’re used to racing the quarter (mile), but even running the eighth it gives us another window to learn. Anytime you can make your car better at the half, it’ll make it that much better in the back half. So it helps your tune and makes you go out there and get after it pretty hard.”

Beyond the on-track benefits, though, Whiteley said perhaps an even more important factor for J&A Service is the corporate hosting opportunities the Mid-West Drag Racing Series provides.

“We use the J&A Racing side of the business to bring clients out from all over the U.S., virtually to every race we have,” Whiteley explained. “My sales people, I challenge them to bring as many folks as they can per race. We always try to have somebody with us, and you know, it does wonders. It’s a relaxed atmosphere, they can get up close to the cars, and they just enjoy themselves, have a good time.

“And a lot of that has to do with the people at the Mid-West Series who go out of their way to make it work. Anything we need to make things happen, they’re more than gracious enough to help us out. It’s just been a wonderful, wonderful sales tool for us and I feel like we’ve been real fortunate to be there.”

After four MWDRS events for the Funny Cars last season, California’s Sean Bellemeur emerged as the first-ever Mid-West Series TAFC world champion. Whiteley said he expects Bellemeur to return for a title defense, but hopes for even more competitors to show up for this year’s eight-race MWDRS schedule.

“Anytime you start something like this, it takes a little time for it to take the full swing and gain some serious movement. You know, we normally had a full field of eight cars last year, and it was real cool since you had four or five of the top players here at all four races, which made for some great racing,” he said. “But I really feel that we’re going to have more this time around, hopefully 12, 13, 14 of them at each race.”

“Everyone with the Mid-West Drag Racing Series really did a wonderful job, ran great events, treated us with utmost respect, and we all had just a great time racing there last year,” Whiteley concluded. “I’m really looking forward to doing the full season with everyone this year.”