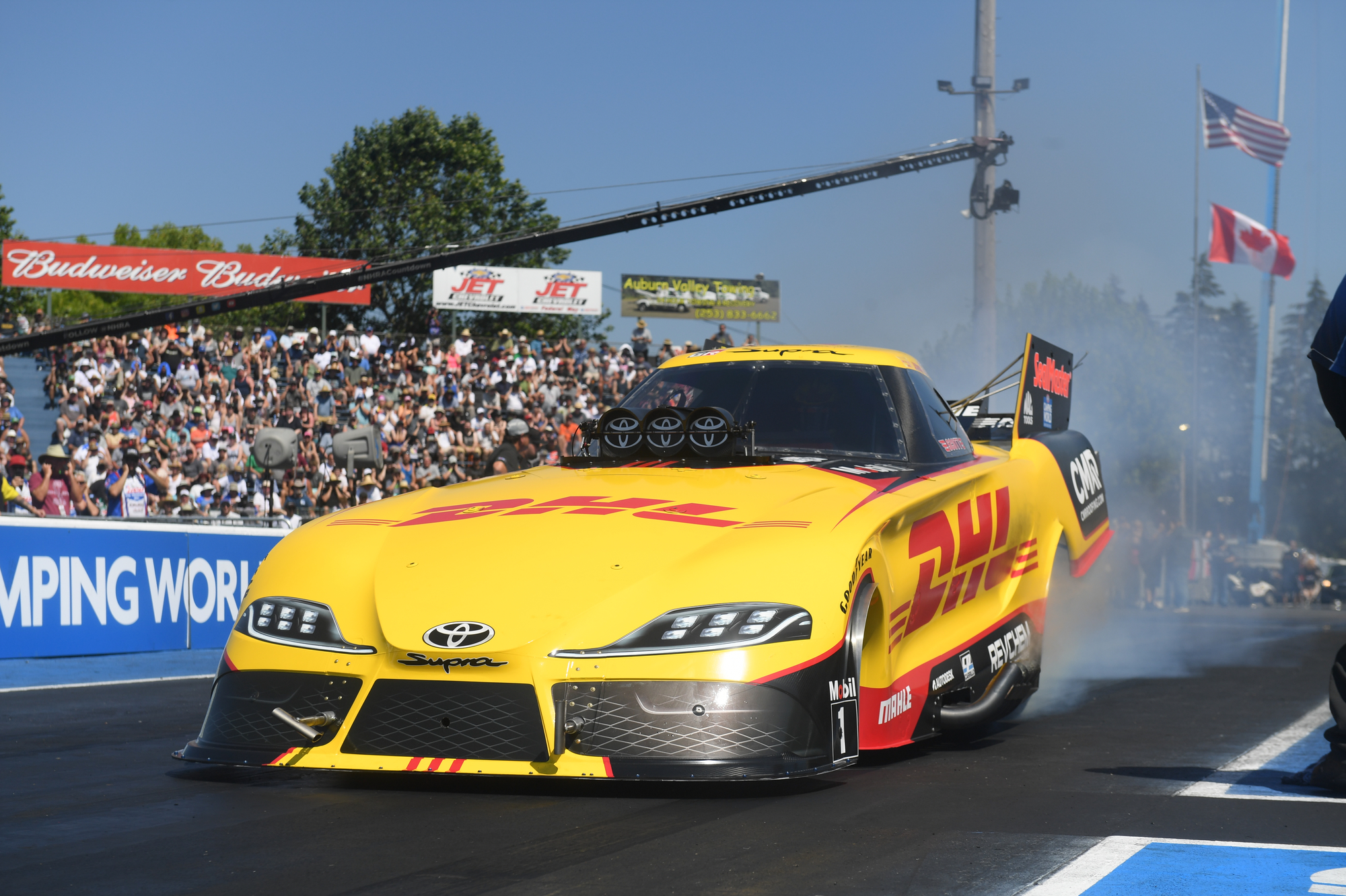 J.R. Todd and the DHL Toyota GR Supra made the most out of the last stop on the Western Swing racing to a runner-up finish at the NHRA Northwest Nationals. Todd qualified No. 7 and defeated Blake Alexander, No. 1 qualifier Bob Tasca III, earned a competition bye in the semifinals before losing a near photo finish to Robert Hight in the final round. It was Todd’s second final round appearance and first in Funny Car at Pacific Raceways. He previously won the Northwest Nationals Top Fuel title in 2015. Today he was 10 feet from adding a Funny Car title to his resume.

In the opening round Todd was first off the line and never trailed in the race against Alexander. His DHL Toyota GR Supra improved over their best qualifying effort posting a strong 3.955 second pass at 325.14 mph to advance to the quarterfinals. His pass was the third quickest run of the opening session and set the 2018 NHRA Funny Car champion up with a race against the No.1 qualifier in the next round.

“It seems like it came together there in Q3 and then again in first round,” said Todd. (Crew chiefs) Todd (Smith) and Jon (Oberhofer) just keep picking away at it and trying stuff. I also have to give a shout out to the track here at Pacific Raceways and NHRA for this track. They’re doing a hell of a job with the track temp and the track is hanging in there. The fans sitting in those aluminum seats, they’re the brave ones out here. Thanks for spending your hard-earned money to come out here and watch us try to put on a good show.”

In a dominating second round race Todd took a starting line advantage and never trailed in the race against the No. 1 qualifier. His DHL Toyota GR Supra Funny Car was glued to the middle of the groove and his win with a 3.980 second pass earned him a competition bye in the semifinals. In the next round Todd took full advantage of knowing he would race again in the final blasting down the right lane with a 3.985 second pass. The solid performance numbers showed the packed house at Pacific Raceways the final round would be a clash between two strong Funny Cars. 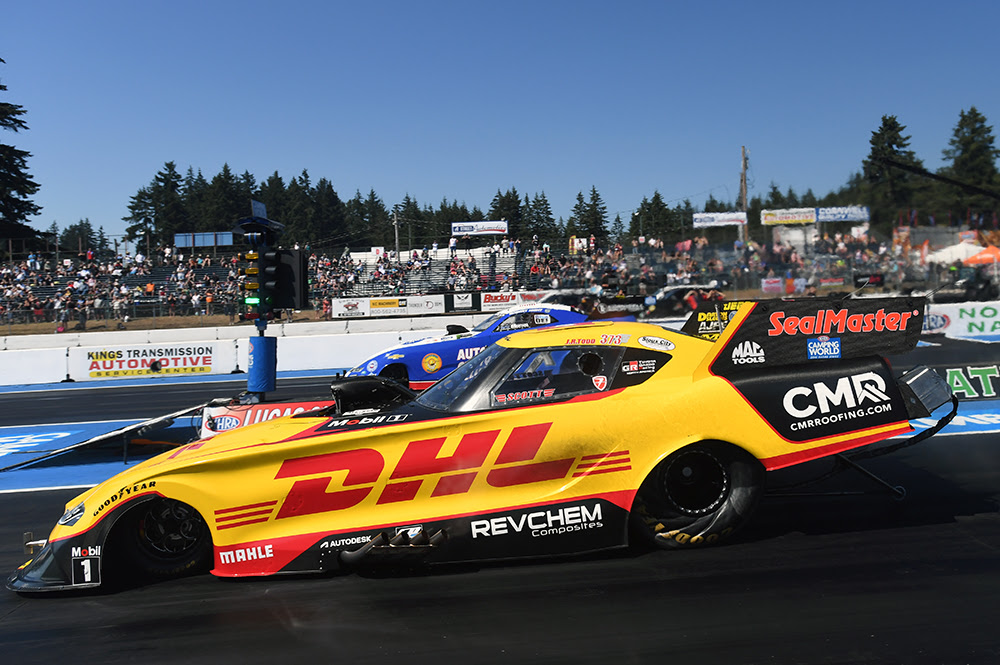 Todd squared off with Hight for the fourth time in a final round holding a 2-1 lead with the most recent final going his way, the 2021 NHRA Gatornationals victory. Today, in a race decided by .02 seconds at over 320 mph Todd missed his 11th Funny Car win by approximately ten feet. He made his second quickest pass of the weekend, 3.978 seconds, in the runner-up effort.

“This DHL team has really been working hard to get our GR Supra to the point of consistently going rounds and today we were able to do that,” said Todd, who is sitting in sixth place in the Funny Car point standings. “Really proud of our whole team and all the effort these guys put into today and this whole weekend. It’s hot out here and it was hot on the race track, but they never gave up. I would have loved to have gotten the win, but it was a close race and we know we’re right there knocking on the door. We’ll get one soon.”

Todd and the DHL Toyota GR Supra Funny Car team will be back in action at the NHRA Topeka Nationals in two weeks.