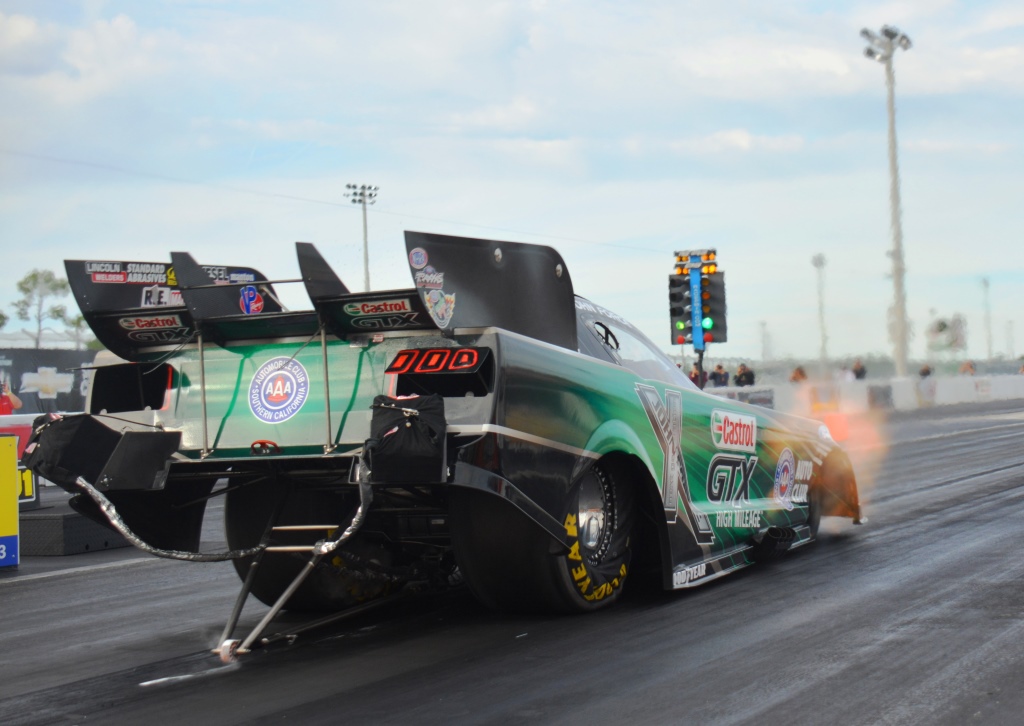 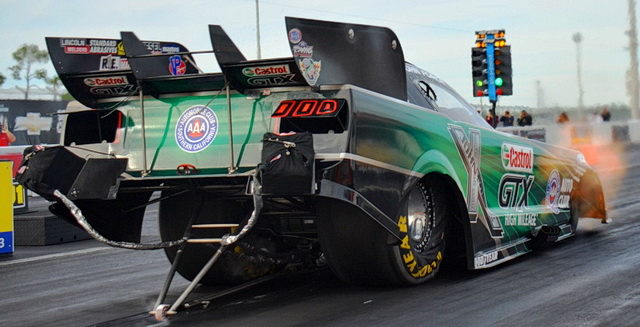 The teams are preparing for the 2014 campaign and the season-opening Circle K NHRA Winternationals, Feb. 6-9, in Pomona, Calif., the first of 24 NHRA Mello Yello Drag Racing Series events.

Force piloted his Castrol GTX Ford Mustang to a 4.013-second pass at 318.84 mph. The 16-time Funny Car world champion was second in Friday’s testing with a 4.039 but improved to post the second best run of the weekend. Force was pleased with his results but was quick to point out the strength of the Funny Car field. 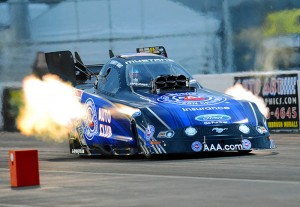 Ron Capps’ 4.003 run on day one was officially the fastest run during pre-season testing in Funny Car.

Brown, the winner of four events in six final rounds in 2013, led the way in Top Fuel practice with a 3.737. Brown, like Force in Funny Car, was second after the first day of testing.

“I’m ecstatic that we ran this well especially since this is a whole new combination for us,” Brown said in reference to a new clutch in his Matco Tools dragster. “We’re running the six disc clutch for the first time and it looks really promising. We tested it last year but we didn’t run it in competition. Now, we made the decision to use it in Pomona. It’s a good combination and it’s really smooth. The car seems really stable and that’s a big deal for us.”

Brown was followed by DSR teammate Tony Schumacher. Schumacher’s 3.765 pass was his best of the weekend. Defending Top Fuel champion Shawn Langdon ran the fastest in Friday’s testing but finished third on Saturday with a 3.773. Langdon’s 3.726 pass on Friday held up as the fastest run of the weekend in Top Fuel. 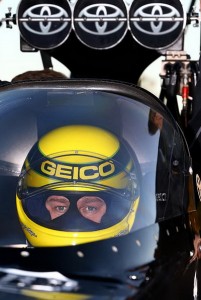 Spencer Massey gave DSR three of the top five runs in Top Fuel with a 3.794 pass, good enough for fourth place on the day. Massey’s Battery Extender dragster finished fourth in testing on Friday as well.

Richie Crampton, replacing Morgan Lucas in the GEICO / Lucas Oil dragster, posted his best run of the weekend with a 3.808 on Saturday. Crampton, who will run for the Automobile Club of Southern California Road to the Future Award, was excited to get some passes in his new Top Fuel car.

“Running 3.80, which is obviously my personal best, is a great thing,” Crampton said. “But I’m also happy that I got to run side-by-side against other cars because that’s something that I hadn’t had a chance to do before now. That is a big deal when you’re trying to learn about staging one of these cars.”

Below is a listing of the Top Fuel and Funny Car categories best performance from Saturday’s testing: