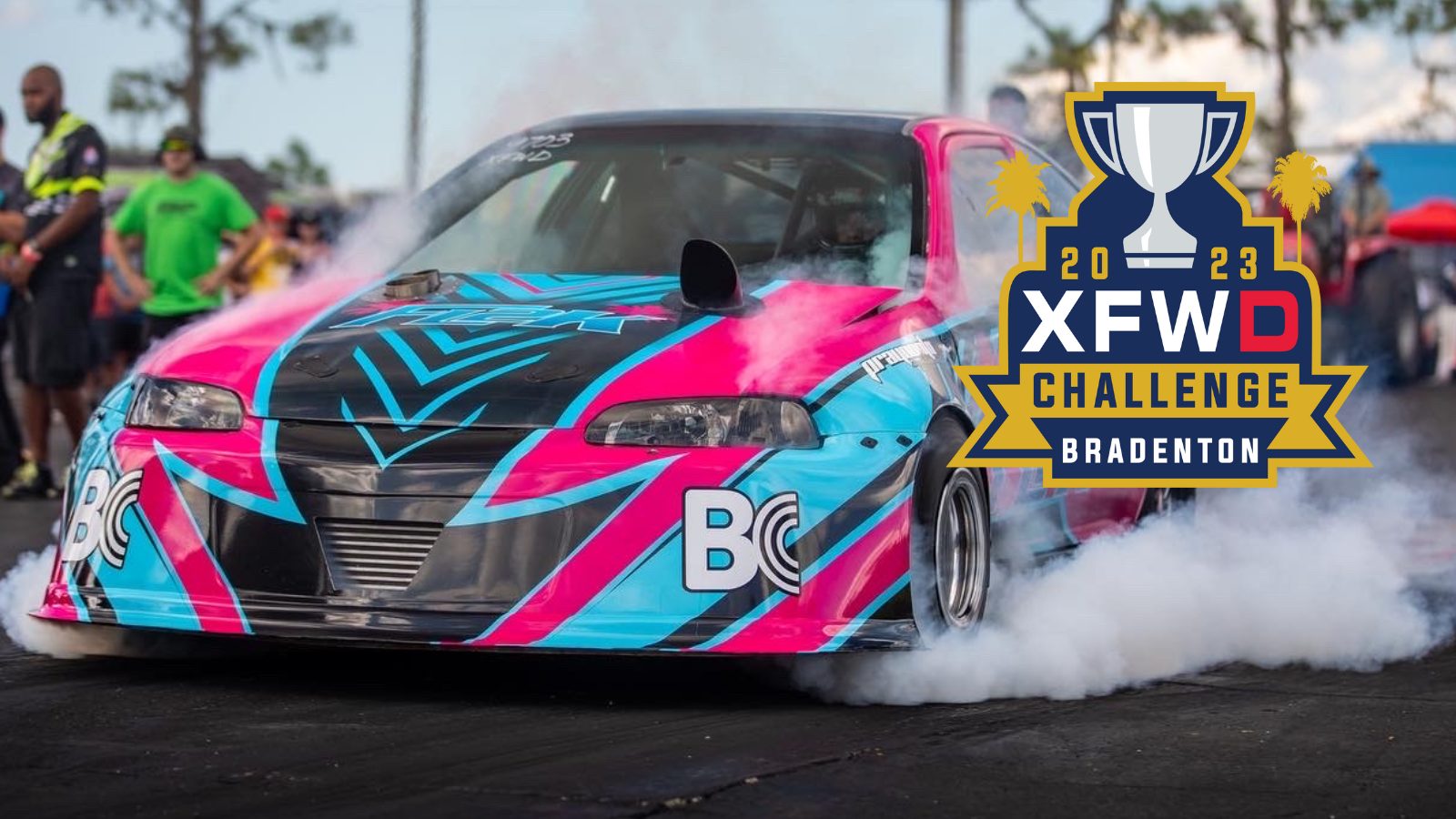 “We couldn’t be more excited to add the inaugural Xtreme Front Wheel Drive Challenge to the 2023 running of the World Series of Pro Mod,” said Drag Illustrated Founder and Editorial Director Wes Buck. “This is a community of racers, teams and fans that we feel strongly deserve to be a part of this massive event and will bring a unique energy and enthusiasm to WSOPM. We’ve extended invites to many of the best Sport Compact racers in the world and can’t wait to see them battle it out for $20,000.”

Bradenton Motorsports Park in Bradenton, Florida, has played host to some of the biggest XFWD events, and BMP Owner Victor Alvarez is ready to welcome them back.

“I am beyond excited to add XFWD to this event; I am a huge fan of this class and these racers,” said Alvarez. “Growing up, I was more involved in the import scene but never really paid much attention to the Hondas, honestly. Fast forward 20 years, and I find myself at events like World Cup Finals in awe of how fast these cars have become.”

The XFWD Challenge will feature 16 invited drivers. As a matter of fact, Alvarez has raced in XFWD and has been building up the event.

“I quickly became a fan of this class and added it to FL2K, and it is now one of the biggest classes we have and definitely a fan favorite,” explained Alvarez. “I think it’s very important that we give this class the opportunity to run on this stage as it is really the last standing Sport Compact class.”

The WSOPM will set the stage for the biggest names in doorslammer drag racing. Forty-plus Pro Mod drivers have been invited, and only 32 of the quickest will advance. Additionally, the best Mountain Motor Pro Stock drivers will put their stamp on the dragstrip as they compete to win $25,000 at the $hameless Racing MMPS Invitational presented by Seminole Paving.

The XFWD Challenge proves that there will be something for everyone at the WSOPM. It will be no small feat for these teams, as they’re just as competitive as any racer out there.

“These cars, tuners, and drivers are beyond impressive; the battle of putting down so much power on such a little tire while trying to make it survive and go rounds is no joke,” explained Alvarez. “We have a list of what we feel is some of the absolute best teams in the class.

“I would love to mention my late friend Robert Mapps. He was one of the most popular drivers in the class and the first driver to run a 7-second pass with a K Series-powered XFWD car,” continued Alvarez. “He is the main reason I decided to dive into this class and eventually ended up being my teammate/mentor when I started racing the class. He will be forever remembered at BMP and amongst all XFWD drivers, and every race will be in his memory.”

For more information and how to purchase tickets to the WSOPM, visit www.WorldSeriesofProMod.com.