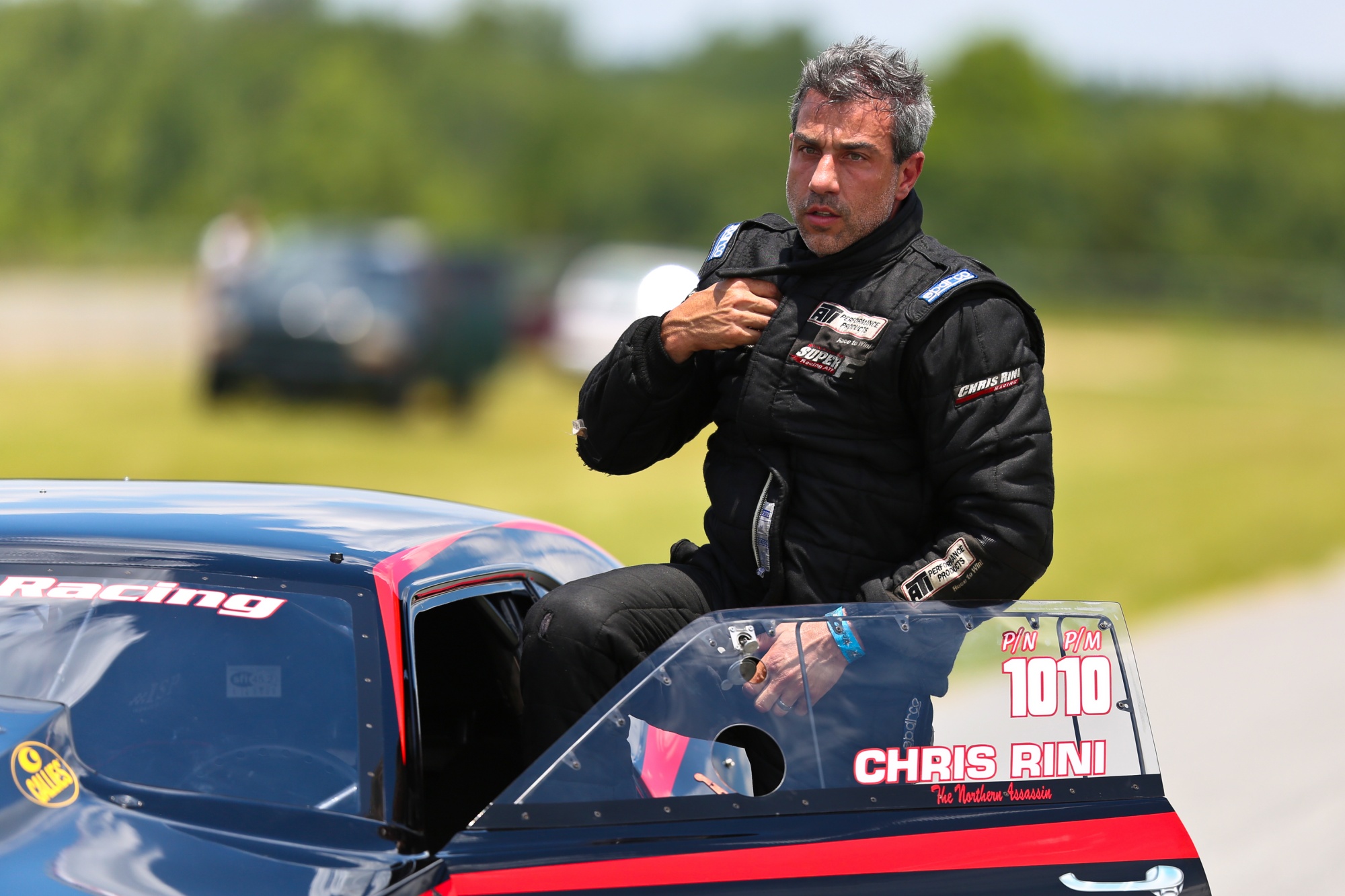 Longtime nitrous Pro Modified racer Chris Rini enjoyed a career-best season in the PDRA’s Switzer Dynamics Pro Nitrous class in 2019. He not only set his career-best numbers, going as quick as 3.636 seconds and as fast as 207.60 mph, he was also brilliant all season long. He had his best finish in Pro Nitrous points – fourth – since joining the class in 2014 during the PDRA’s inaugural season, but an event win escaped him. The New York native-turned-North Carolina resident is dead-set on changing that this season. 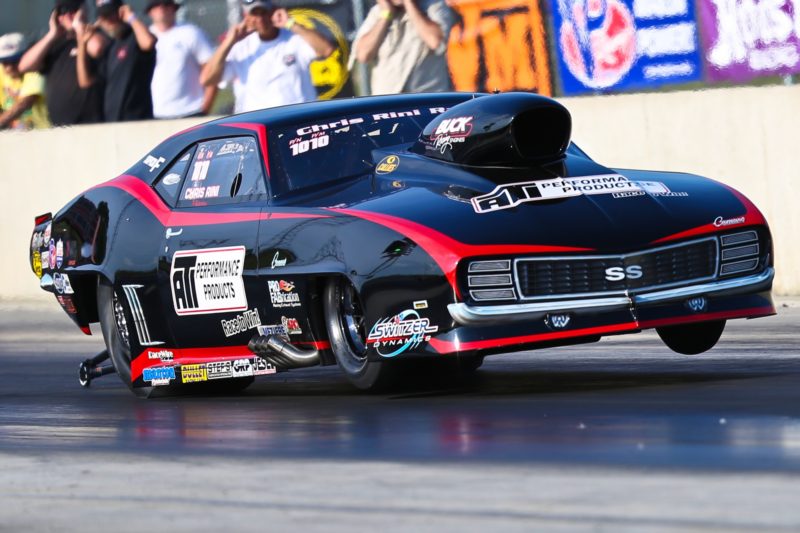 Rini in his ATI Performance Products ’69 Camaro was a consistent late-round player throughout the 2019 season. The Buck 959ci-powered, Bickel-built entry reached the semifinals at four of the seven races, completely avoiding first-round exits. Rini had one of the best qualifying averages, second only to maybe world champion Jim Halsey, with a best of No. 2 and worst of No. 6.

“I think some of our performance last year and more of our performance this year is going to be basically coming through not just me the driver,” Rini starts, “but Charlie Buck Engines, our 959s, Brandon Switzer and MoTeC and all his design changes with the software and nitrous. We’ve got a lot of good companies behind us.”

As the 2020 season approaches, DRAG ILLUSTRATED spoke with Rini to discuss his career-best season and how he intends on improving his performance this year.

That career-best finish, was that a result of years of working at it, or did you really make a major change last year?

We put a 959 in the car the year before, midseason, and there’s always a learning curve involved with a change like that. It took a little bit to get a handle on it. Going into last season, we had a lot of things worked out with the new combination. For the most part, the whole program really started to jell together. We had good ratios, a good transmission combination, a motor that we had enough runs on that we had documented runs to look at when we went into these different environments. We just had more data to work off of. Brandon [Switzer] is involved with tuning. We made a lot of good calls.

I think a little bit of it was we didn’t go into the season with anything really new, which helps. You have to go new sometimes. You change combinations and sometimes it’s a step sideways, sometimes it might even be a little bit of a step back before you move forward. Once you get enough runs and you have some of those quirks figured out and you learn what it likes and it doesn’t like, you can start to move forward. 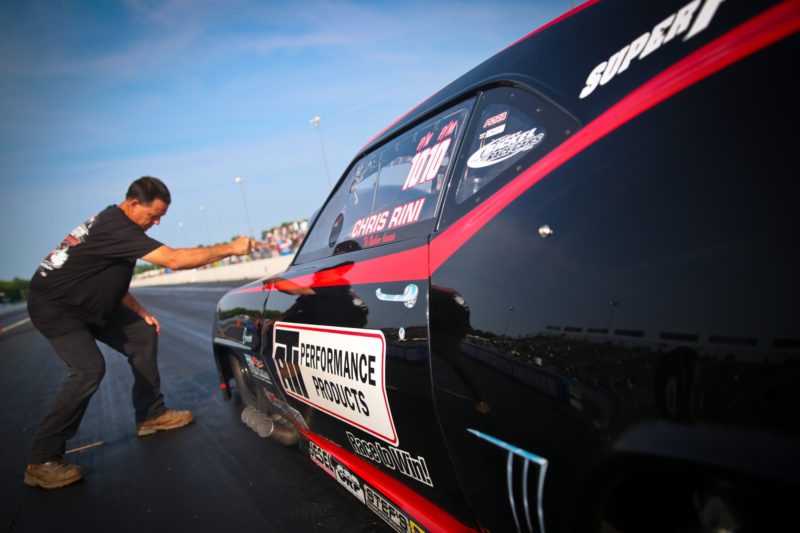 Now that you’ve had a full season with the 959 and your current combination, how do you plan to carry that success into 2020 and build on it?

This industry is really about saving information, recording all the right information, and then going back and utilizing that information in somewhat similar conditions. For the most part, both cars go down the racetrack every time. It’s not about going up there and overpowering the racetrack and hoping and praying that it makes it down through there. It’s about going up there with a confidence that I’m going to make it down through there and I’m going to be as quick or quicker than my opponent. I think going into this year, I feel real comfortable with our combination and the performance we had. The more time you spend with a combination, the better you get with it and the more you get to know what you can and can’t get away with.

Pro Nitrous was very competitive last year, with numerous records, tight fields and close racing. How do you feel about the state of Pro Nitrous going into 2020? 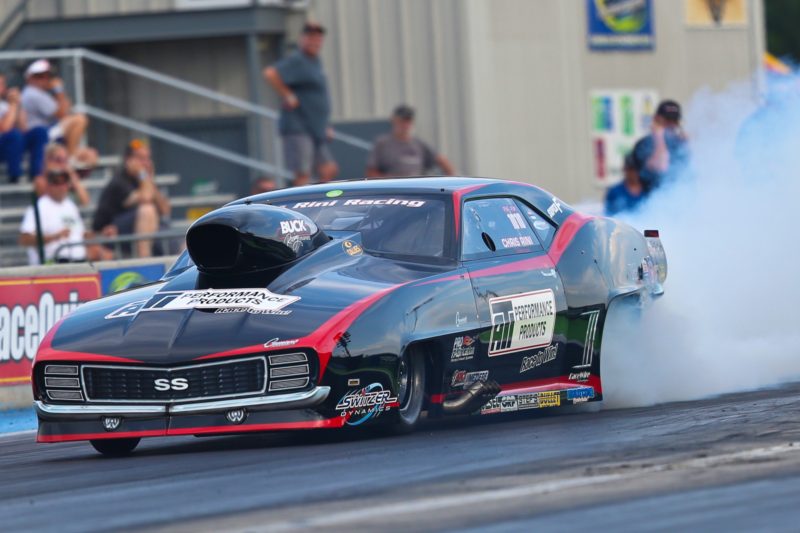 Obviously, we’re all pushing the envelope going into the low 3.60s, and who knows, there might even be a .59 out there this year with a nitrous car in Pro Nitrous trim. I think this year you’ll see a lot of records fall and there will be a lot of good racing.

Unfortunately, in Pro Nitrous, from the No. 1 qualifier to the last car in the field, it’s not a very big window anymore. These cars are getting in the Pro Stock-type scenario where I go a .66 and I’m happy about that because it’s the middle of the day and it’s sunny, then somebody else goes a .65, then somebody else goes a .67. We’re really cutting the numbers down to thousandths. You look at some of the Pro Nitrous qualifying sheets and we’re stacked on top of one another. And first round is not easy, and it’s not easy all the way through the final round. There’s no big window between No. 1-16 anymore.

What do you think about the two new tracks on the 2020 PDRA tour? Summit Motorsports Park and Maple Grove Raceway are new stops for a lot of the PDRA racers.

I used to race Norwalk a bunch back in the IHRA days when I ran Top Sportsman. Obviously, it’s a premier facility. The facility is always great, but it’s definitely a different environment than we’re used to with the current tracks that we’ve been racing at. It’s going to be good. It’s nice to have a little diversity. Maple Grove will be killer. It is sometimes nice to change the scenery. I think both tracks will be good, and I also think it will open us up to a new market and more fans. Maybe different fans, or old fans that wouldn’t travel as far south or as far east as we race. I think going to the Midwest is a good deal. The season looks like it lays out pretty well. 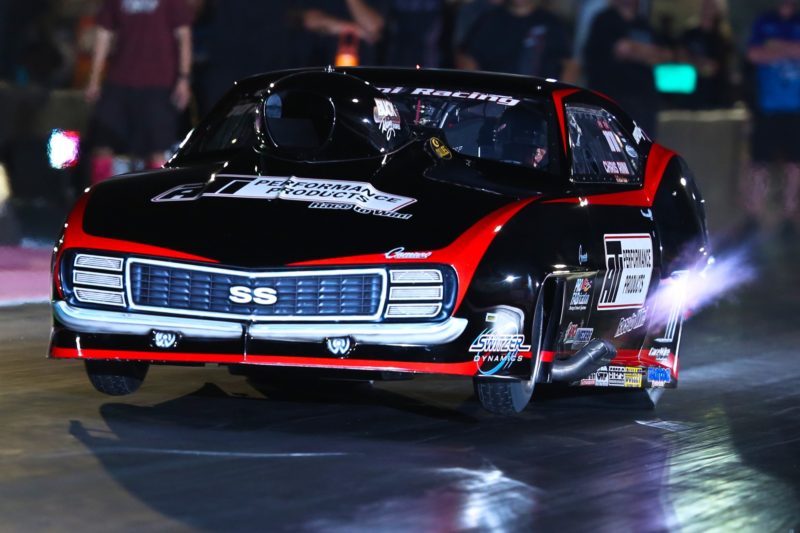 What are your goals for this season?

I probably have the same goal that I feel every drag racer pulling in the gate has: I want to win races. Records are all good and you can advertise them and it helps with your sponsors and marketing, but records are records. At the end of the day, people forget who was the No. 1 qualifier, but they remember who wins the race.

I had my best year in PDRA, but I want to do better. I really want to bring home a PDRA win so I can put one of those 660 Man trophies on my mantle next to Big Dogs, next to a Wally, next to an Ironman. I have those trophies. I’d love to have more, but I really want that PDRA win. Someday when I’m rolling around the old people’s home, I want to be able to say that I got one of these and one of those and one of that.

This story originally appeared in the PDRA Special Section in DI #153, the Season Preview Issue, in February of 2020.