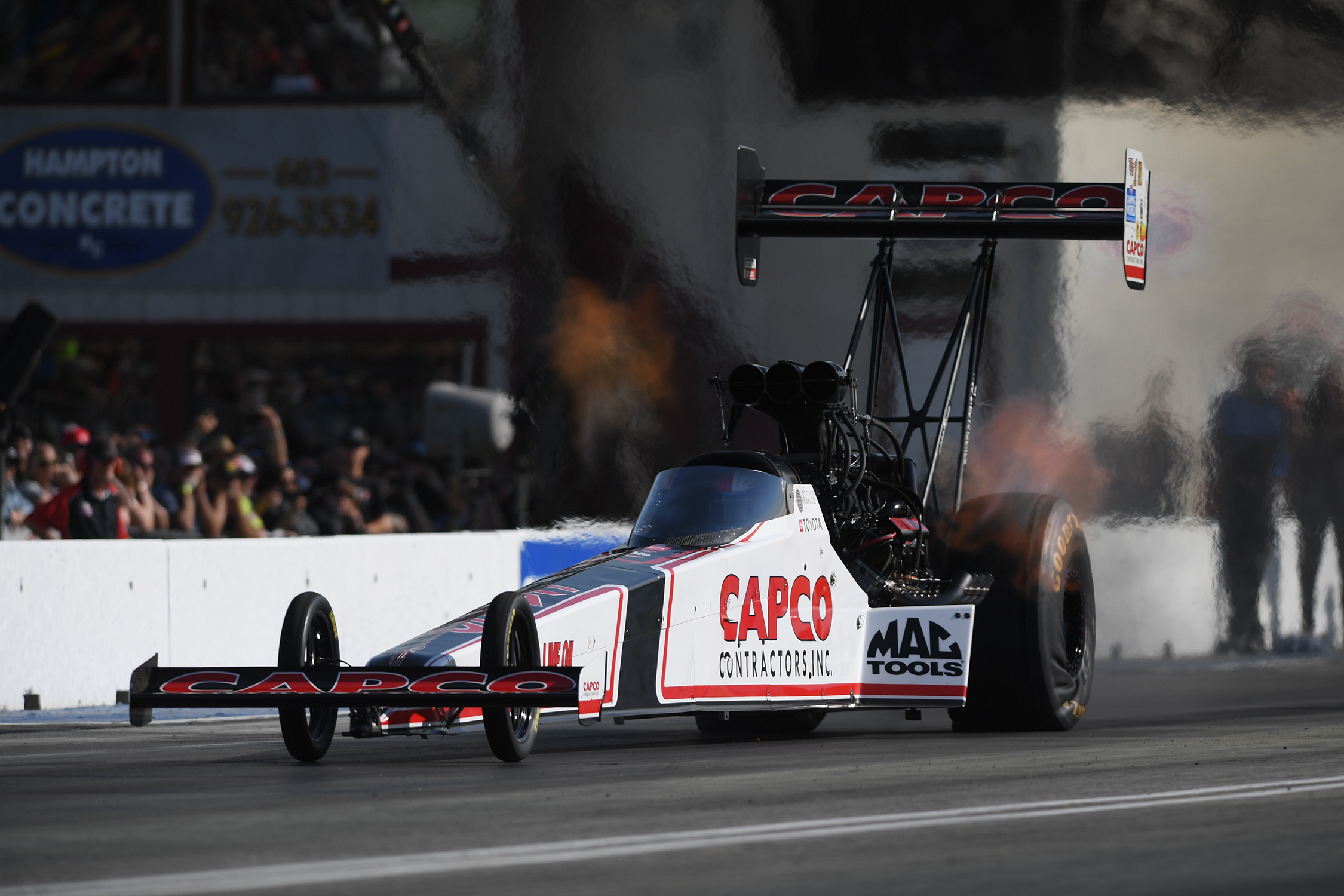 In front of a sellout crowd on Saturday at New England Dragway, Funny Car points leader Matt Hagan secured the No. 1 position for Tony Stewart Racing at the NHRA New England Nationals.

Steve Torrence (Top Fuel) and Dallas Glenn (Pro Stock) also qualified No. 1 at the eighth of 22 races during the 2022 NHRA Camping World Drag Racing Series season. NHRA and New England Dragway officials announced a sellout for Saturday’s racing as well, as the passionate fanbase in the New England area again packed the historic facility in Epping.

“It’s been a beautiful day and the crowd has been phenomenal,” New England Dragway President Paul Lorenti said. “To me, it feels like the inaugural race (in 2013) and we’re just so excited to see this upward trend. We’re very thankful and appreciative of all the great fans who came out to the track. It’s been an unbelievable day and we’re all very happy about it.” 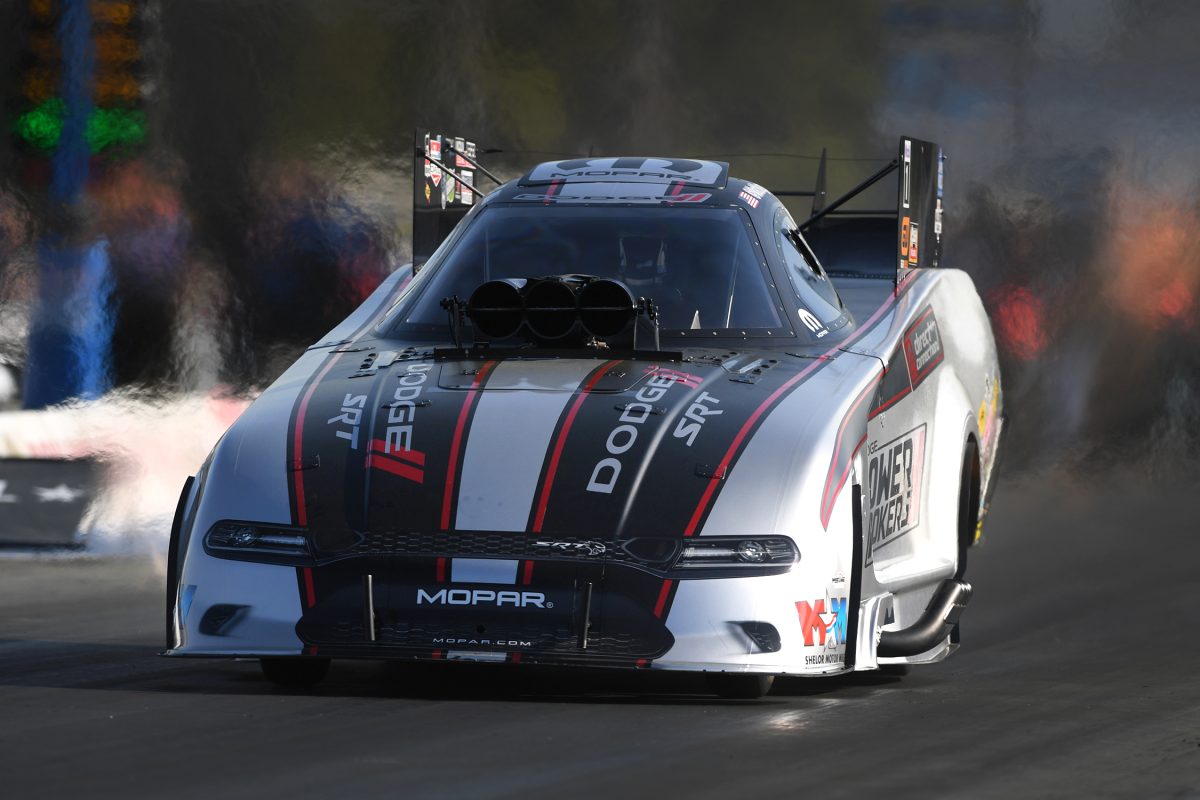 Hagan’s run of 3.878-seconds at 332.51 mph in his 11,000-horsepower Dodge Power Brokers Charger SRT Hellcat from Friday stood up during Saturday’s final two sessions, giving him a second straight No. 1 qualifier and third this season for the first-year TSR team. Hagan, who also has 46 career top spots, will aim for his fourth win at New England Dragway in the past five events, feeling good about what his team has in store for Sunday.

“We’ve had an amazing season, and this Power Brokers Dodge is running strong. Tony gives us the parts and pieces, and he expects results, so we’re trying to give it to him,” Hagan said. “It was really cool to turn the corner and not be able to get down the midway because of all the people. I love seeing that. To have a sold-out crowd is amazing, and these folks are coming out in droves, and I love to be part of it. This is wonderful weather for fast conditions, and hopefully tomorrow will be a good day, too. All in all, I’m really happy with our team and the calls (crew chief) Dickie (Venables) is making.”

John Force made a huge jump in the final qualifying session, moving to second with his run of 3.881 at 330.31. Teammate Robert Hight, who is second in points this year and has three wins, also made a big move, going up to third thanks to his run of 3.889 at 329.34. 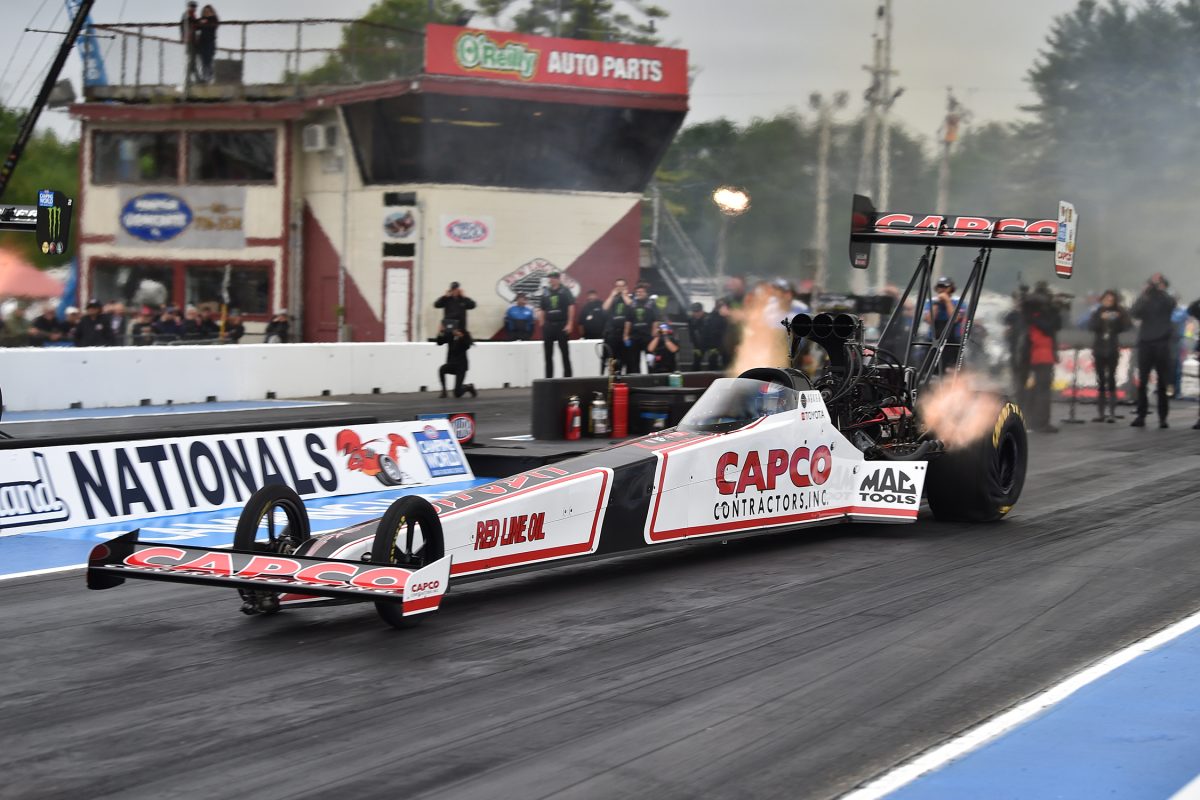 In Top Fuel, Torrence’s track-record run of 3.664 at 329.50 from Friday in his 11,000-horsepower Capco Contractors dragster gave him his second No. 1 this season. It’s also the 33rd career No. 1 qualifier for the four-time defending world champ and he will open eliminations against Scott Farley seeking his first win of the 2022 season. It’s been a longer drought that Torrence has been used to in recent seasons, but his team has been outstanding this weekend at New England Dragway, closing out qualifying with a run of 3.720 at 329.10. It was a perfect capper to qualifying and now Torrence will try to carry it over to raceday and grab a second career Epping win.

“It does feel good. We’re definitely making steps in the right direction, and that’s what we’ve been looking for all year,” Torrence said. “We’re getting a little better and a little better, and when that consistency card comes around, it’s great.

“The driver needs to do his job tomorrow, for certain. Just go out, concentrate, and focus on that. Richard [Hogan] and Bobby [Lagana, co-crew chiefs] will give me the car to do it. They’ve done that time and time again the last few years, so I know I have the racecar behind me. I have for a long time, and we’re going to try to keep this momentum going. This is a huge step for us.”

Brittany Force was just as impressive in qualifying, setting the track speed record during the first session on Saturday with a blast of 334.32. Her run of 3.687 at 329.50 from Friday kept her second, as the points leader will aim for her fourth win of the season. Mike Salinas stayed third thanks to his 3.705 at 328.06. 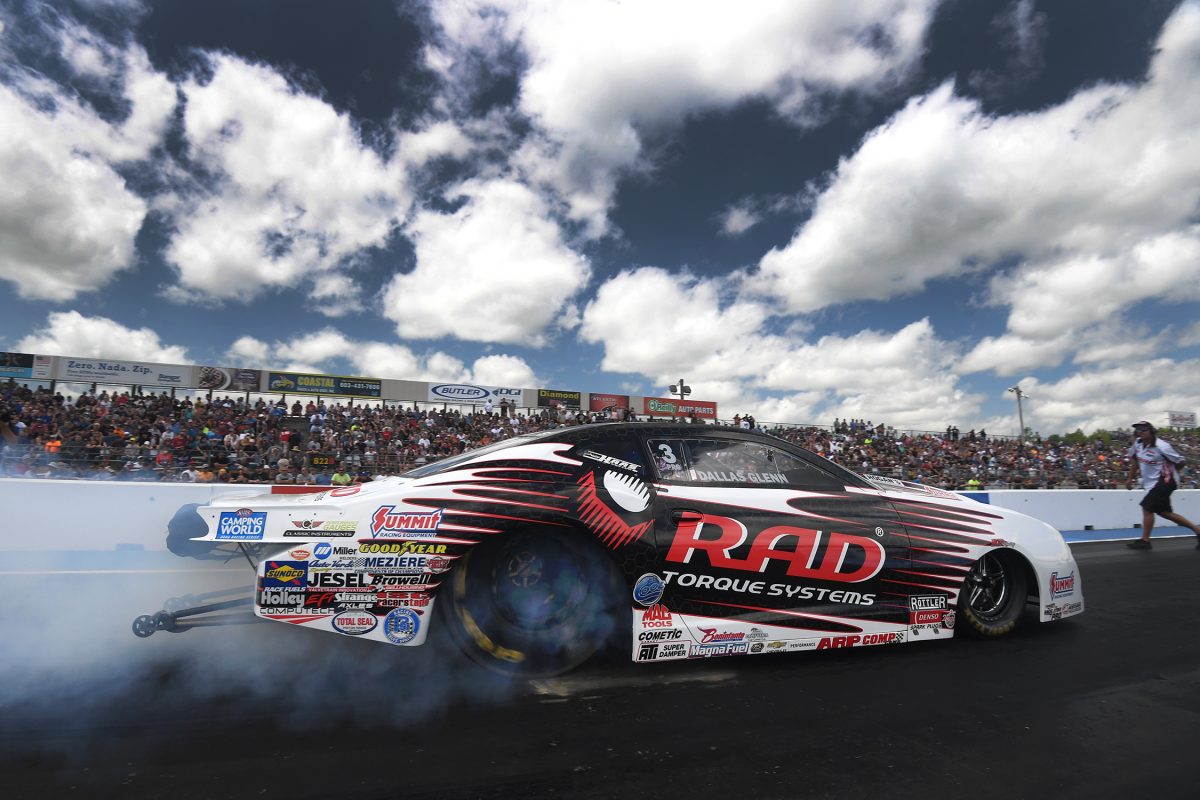 Glenn picked up his first No. 1 qualifier of the Pro Stock season and second in his career as his run of 6.543 at 209.33 in his RAD Torque Systems Chevrolet Camaro held up from Friday. The reigning Rookie of the Year made a solid run to close out Saturday as well and will open eliminations against Alan Prusiensky. He’ll be looking for his second win of the season and Glenn was equally pleased with how his team returned in Pro Stock’s first race since late-April.

“I made my best run when I needed it – the air wasn’t as good today, and we kind of missed it on both runs overcompensating for it, but I think we’ll be good for tomorrow,” Glenn said. “After my first No. 1 qualifier last year, I was talking with Matt Hartford, and he said, ‘All the years I’ve been racing, I’ve never been No. 1 before. There are guys out here who’ve been racing a very long time and don’t have one yet, and I already have another one. It’s pretty cool. Tomorrow, we just need to be better than the guy next to us. We don’t have to be the fastest car out there, just the best every run.”

KB Racing team maintained the top two spots in Pro Stock as well, as Kyle Koretsky’s 6.544 at 209.95 from Friday kept him second, but just barely over Erica Enders and Deric Kramer. Both ran 6.544, with Enders, the current points leader, going 209.79 in the final session and Kramer going 209.10 in Saturday’s first session.

Eliminations for the NHRA New England Nationals at New England Dragway begin at 11 a.m. on Sunday.