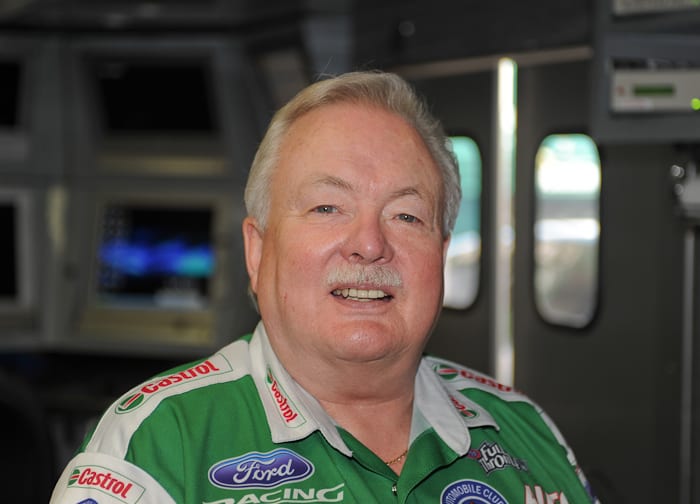 In Austin Coil’s mind, there was only goal when he pulled up to the staging lanes.

It’s a mindset he shared with Will Hanna on his weekly “Tuneup Tuesday” live show on the Drag Illustrated Facebook page, as Coil joined Hanna for an extensive talk on his career, his innovations and success, and his thoughts on the current state of racing in the NHRA.

Ultimately, what that success came back to was an intense drive to always push forward.

“Every time we went out to race we had the self-proclaimed goal to run better than we ever ran before,” Coil said. “We went out there with the attitude to see how fast we could go.”

That singular focus took Coil a long way as one of the most successful and highly regarded crew chiefs in the history of drag racing.

But to get there, Coil’s approach never changed. No matter the time period, there was one goal in mind.

“A lot of guys tuned by the idea of intentionally taking horsepower out of the motor,” Coil said. “We never did that. We always made as horsepower as we knew how to make and let’s find a way to make it go down the racetrack.

“Some guys ran to not hurt parts. My goal is to hurt all eight pistons just a little bit.”

It’s also a mindset that has made Coil not a fan of the NHRA’s track prep changes during the 2018 season. After record-breaking speeds and times were routinely set in 2017, NHRA altered its track prep approach early in the 2018 in hopes of keeping speeds at bay. As a crew chief, it’s not a move Coil has enjoyed.

“They had a system figured out where just about every pair was side-by-side racing at the end of last year. It’s not no prep, but it’s half-prep,” Coil said. “To me, it makes it uninteresting. Nobody is going to run better than they did last year the way they’re prepping the tracks now and this is in the name of safety and saving parts. That’s their intent.

“If I had a vote, I would vote against it because I wanted to go drag racing to find a way to go faster every time we raced. It’s what I like to see. They had some of the best shows they ever had up until they changed the prep. For my view of what’s happening, the way they used to prep the racetrack made it a better show.”

As a crew chief, it’s easy to see Coil’s viewpoint. A magician when it came to creating speed and consistent power, his goal was never to hold back.

He understands the safety intent behind it, if not the results this season, yet finding a solution is self-admittedly not in his wheelhouse.

His area of expertise is being on the cutting-edge of performance and that all-or-nothing, full steam ahead approach doesn’t exactly mesh with the idea of slowing the cars down.

“I’ve personally been involved in a dozen meetings as part of the safety committee, and all of those meetings are still going on now,” Coil said. “The question they ask is, ‘What can we do to slow the cars down and make the show better for the fans and save the competitors money?’ I don’t know of any solution that answers all the questions in a positive manner. It’s a problem that all motorsports are facing.”

When it came to solutions, innovation and forward-thinking creations in a Funny Car, there may be nobody better. His advancements in all areas – from clutches and clutch discs to throttle linkage to fuel systems to blower testing – were always ahead of their time, also staying at the forefront of technology.

He continues to consult with John Force Racing, talking with Robert Hight just a couple weeks ago at Maple Grove Raceway after the team struggled early on in qualifying.

But working together as a team to make a spectacular run, that was a major draw for Coil. The perfect mesh of people, parts and technology was never easy, but when it came together, there was nothing better.

“The thing about winning races that most teams give ample credit to – and I was guilty as anybody – is you don’t give enough credit to every member of your crew,” Coil said. “However many guys are involved, any one of them can make you lose. It takes every one of them in harmony to make you win. That’s a big thing, having a whole team that works in harmony.”