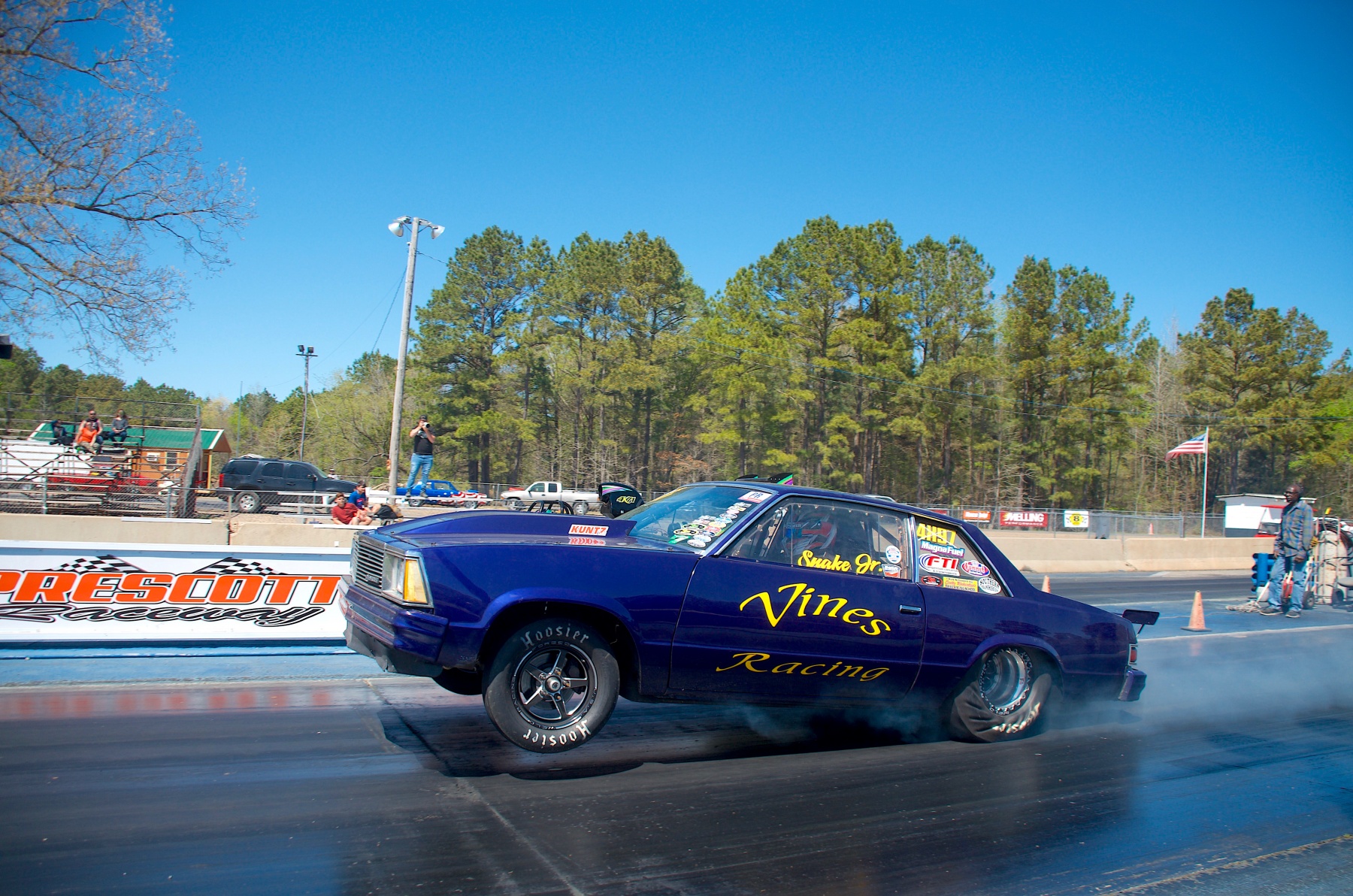 Prescott Raceway owner Jackie Lewis is a man who did more than fall in love with drag racing at a very young age. He pretty much developed an undeniable addiction to it. At just 14 years of age, he talked someone into letting him climb behind the wheel of their 1969 Plymouth GTX and make a full-throttle pass down the track he would later come to own.

During his first full pull down the quarter mile, the Plymouth completely exploded the transmission and young Jackie was immediately hooked on driving fast cars. “I still believe it’s every little boy’s dream – the noise, the smoke and the cars,” he confesses.

Since that time, he’s only missed a handful of races here at this southwest Arkansas dragstrip. After practically growing up here and winning many races and multiple championships, the decision to buy the track was actually the furthest thing from his mind when then-owner Larry Boardman walked up to Lewis one night after a race and told him he was essentially ready to retire from dragstrip ownership, and insisted Lewis buy the track and begin operating it.

Lewis immediately began listing all the reasons why this wasn’t a good idea, but Boardman was quite certain that Lewis was the right man for the job. After stalling for a while, Lewis finally relented and agreed to purchase the track. Nearly 12 years later, he’s sure he made the right choice.

The biggest adjustment Lewis had to make was the steadfast, self-imposed decision that he should not compete in a race at the track he owns. “Even though I had the full support of my racers from the very beginning, I just don’t feel right about racing at my own track,” he explains. 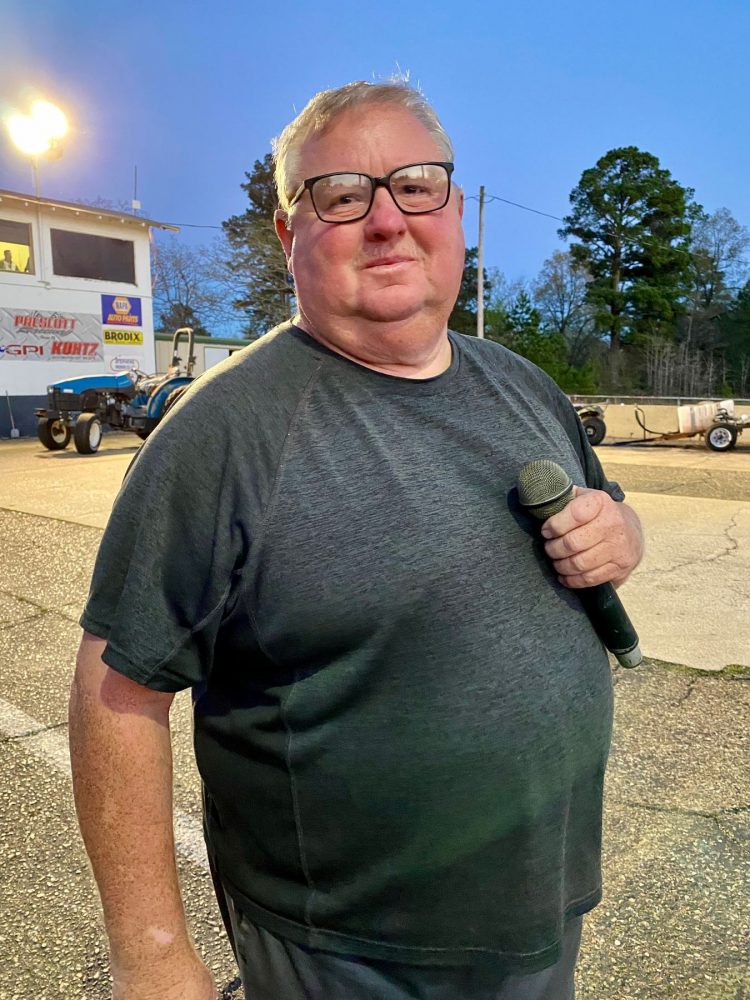 Every now and then he slips off to another area track and gets his fix. “I raced a little last year at Centerville [Arkansas] and also at the tracks in Paris, Texas, and Ardmore, Oklahoma…and I had a blast doing it!” he beams.

After a challenging 2020, Lewis was anxious to open Prescott Raceway and move forward with the new season. “The COVID mandates were pretty strict in our state and we were forced to shut down and remain closed for several months,” he says.

Lewis wasted no time opening in 2021, and even hosted their first test-and-tune session in January. “We wanted to have more TNTs in February, but the weather just wouldn’t cooperate,” he adds.

March was much more favorable, and that’s when the season officially begins for this IHRA-sanctioned facility, which now operates exclusively on the eighth mile. “We try to have two bracket points races per month, roughly 10-12 a year,” Lewis says.

The 2021 season is packed with exciting events, including Pro Mods and index racing, plus a special event they call a “Donk” race. “It’s big cars like Impalas, with giant 20-inch wheels…and some of those cars are really fast!” says Lewis. Also planned are three big Footbrake races and a return visit from JJ Da Boss. Bracket racing participants are also gearing up for the spring, summer and fall nationals, which will all be two-day events.

With each passing year, Lewis is thinking more and more about retirement. Not from drag racing, but rather, from NAPA Auto Parts, where he’s worked since he was 18 years old. “It’s the only job I’ve ever had,” he confirms. He wound up buying the NAPA store in Magnolia, Arkansas, nearly two decades ago. “I’ve got four more years until my retirement from NAPA, and then I’ll make the dragstrip my only job. I can travel more and also get sponsors for our events. Right now, there’s just not enough of me!” he laughs. 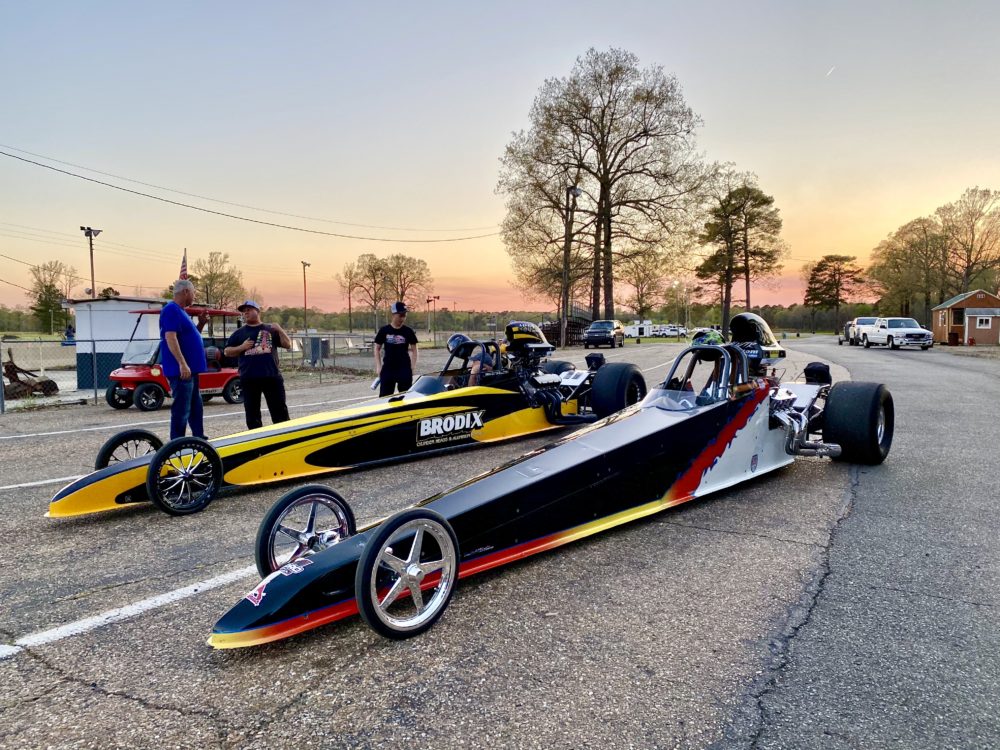 A number of years ago he had a mobile home brought out to the track and he resides onsite from Thursday through Sunday. “You wouldn’t believe how peaceful it is out here midweek. I wouldn’t mind living here at the track full time after retirement,” he says.

There’s much to be done at the track and Lewis relies on his longtime friend, Greg Dougan, as his right-hand man. “We call him ‘Ironman Dougan’ and we’ve been friends forever,” Lewis says. “He scrapes the track, runs the staging lanes – does a little bit of everything and I couldn’t do it without him.”

There’s never a looming deadline when the track shuts down for the winter at Prescott Raceway. “We try to run through November, and if the weather is good we’ll continue holding TNT events right on into December,” Lewis concludes.