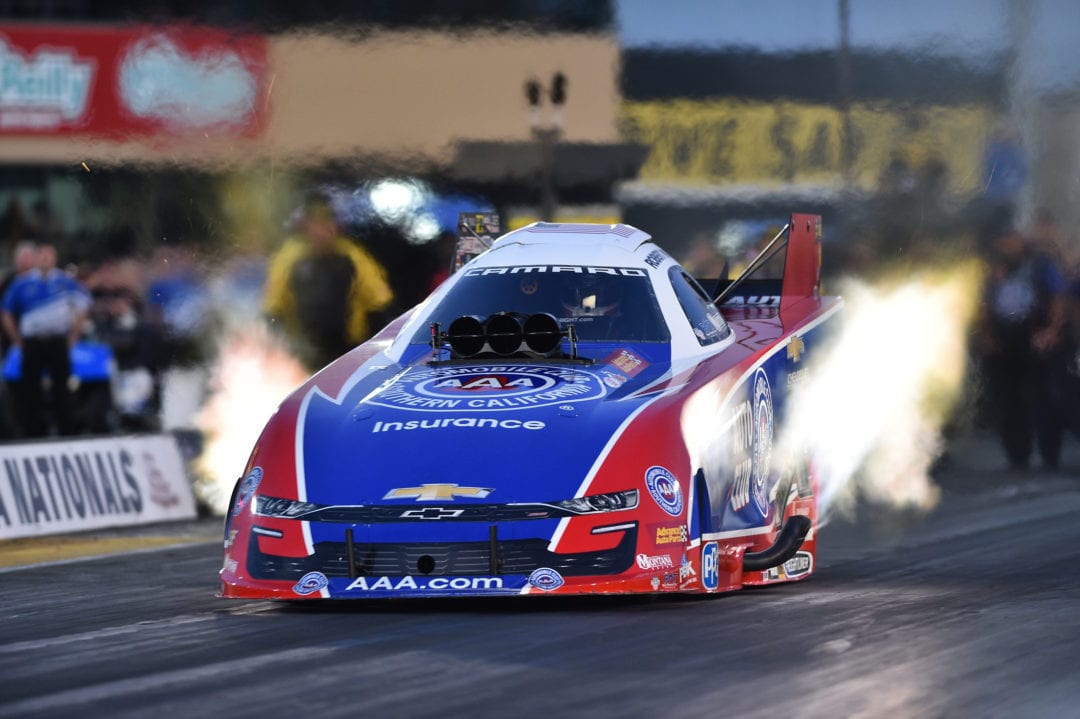 Clay Millican (Top Fuel), Alex Laughlin (Pro Stock) and Matt Smith (Pro Stock Motorcycle) are also provisional No. 1 qualifiers in their respective categories at the 15th of 24 races during the 2019 NHRA Mello Yello Drag Racing Series season. The event is also the second of three races during the NHRA’s famed Western Swing.

“You know you’re always in for a treat when you come to Sonoma with the Friday night run,” said Hight, who also set the national speed record at the track in 2017. “It’s not like any other track we go to where the atmospheric conditions change so drastically. You know it’s going to be great conditions and this is a great race track. You just have to hit it right. I’ve attended every national event ever held here, first as a fan coming to the races, just dreaming to get to work on one of these cars, then a crewmember and now a driver. I love coming here and it’s very special to me.” 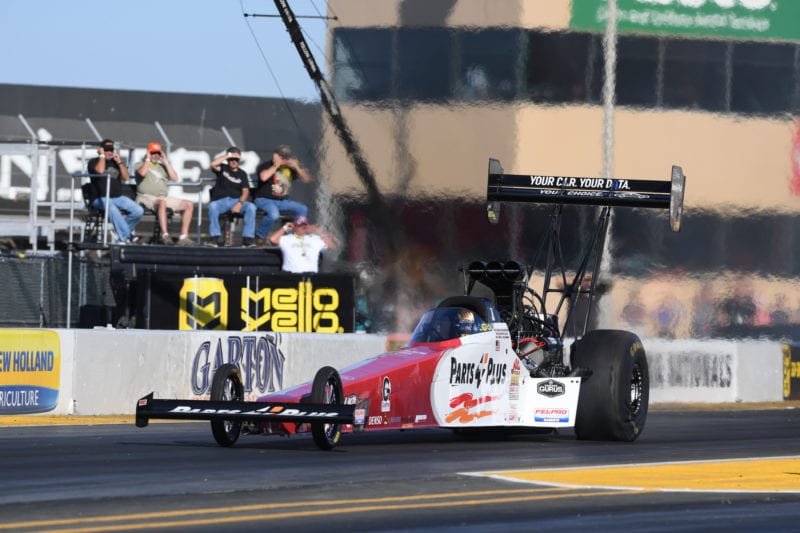 Defending Pro Stock Motorcycle world champ Matt Smith went to the top of the class on his Denso/Stockseth/MSR EBR thanks to his run of 6.779 at a track record speed of 200.83. Smith was the only rider to reach the 200 mph on Friday. Jerry Savoie is currently second after going 6.801 at 198.20, and Eddie Krawiec’s 6.838 at 199.85 currently puts him in third.

Qualifying continues Saturday at the NHRA Sonoma Nationals at 1:20 p.m. PT. The first round of the Mickey Thompson Pro Bike Battle begins at 1:15 p.m.