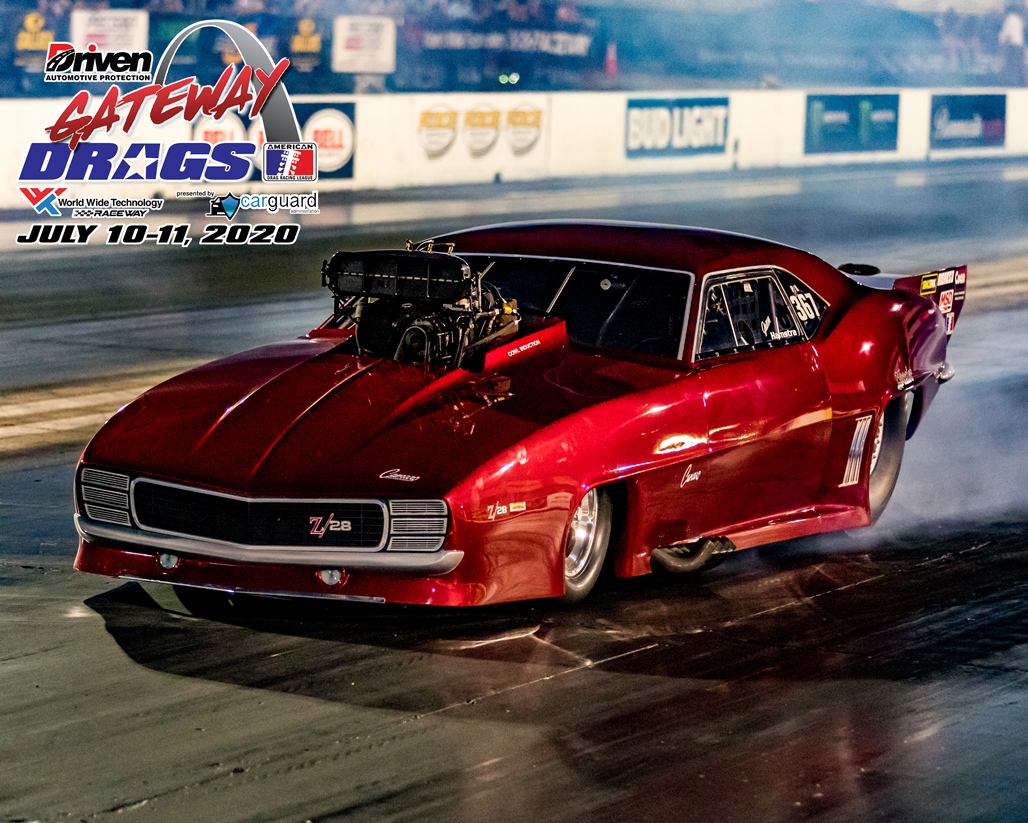 Under the lights on the world-class drag strip at World Wide Technology Raceway, the American Drag Racing League returned home to the site of its greatest events and a foundation of the Missouri-based series. Former ADRL Rookie of the Year and Pro Extreme World Champion Jason Hamstra rocketed to the top of PX class qualifying with a Q3 pass of 3.633 seconds at 210.57 mph. More impressive is the fact Hamstra’s ’69 Camaro labored for most of the eighth-mile track, huffing and puffing to the finish line.

Hamstra also set top speed of qualifying thus far with a pass of 211.49 mph, done before the track’s lights came on in round two.

A hallmark of Friday night’s action across the river from St. Louis was great side-by-side racing. Reigning Mid-West Pro Mod Series Champion Aaron Wells and the ADRL PX winner from the Texas Motorplex last month Frankie “The Madman” Taylor put on the run of the night with Taylor edging Wells at the lane, 3.71 to 3.72. Taylor would go on to qualify second on the provisional ladder with a Q3 pass of 3.653 seconds at 285.05 mph. Wells currently sits seventh.

Dragpalooza top qualifier Wesley Jones qualified third Friday night with a solid lap of 3.663 seconds at 209.14 mph. Round 2 was an odd one for Jones, as it was for Bubba Stanton and John Sullivan, all of whom experienced gremlins in the left lane, preventing them from taking the staging light.

The event is one of the first in Illinois opening itself to fans on the grounds they observe social distancing protocols to minimize chances of spreading the COVID-19 virus. ADRL President Mel Roth said he was pleased with race fans’ respect of the guidelines.

“St. Louis has some of the most passionate drag racing fans you’ll find,” Roth said. “They understand the best way to get back to a normal way of life is to do what we have to do now, which is wear a mask and use social distancing. I think most of these fans would’ve shown up in hazmat suits, they missed great drag racing so badly!”

Three rounds of qualifying were conducted Friday with one to go Saturday, scheduled for 4:30 p.m. local time (CDT). Spectator gates open at 2 p.m., with fans encouraged to get to World Wide Technology Raceway early.