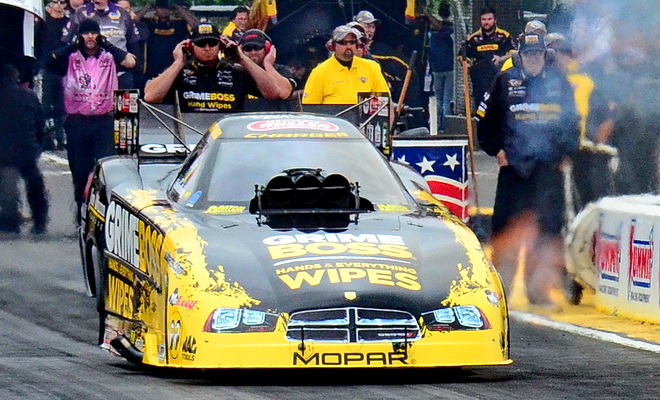 “Our goal is to go out and do the best we can for our sponsors and fans, while making it into the Countdown to the Championship,” said Jim Dunn Racing Business Manager Jon Dunn. “We’re looking forward to having John Hale behind the wheel to help us achieve those goals.”

For Hale, driving for the Dunn family is an opportunity of a lifetime. The Texas native achieved his Nitro Funny Car license in 2013 and competed in several national events in 2013 and 2014. Hale is a two-time Nostalgia Funny Car champion and actively competes on the NHRA Hot Rod Heritage Series, where he won the 2011 and 2013 California Hot Rod Reunion crowns.

“When the Dunns approached me to drive for them in the 2015 season, I knew it was an opportunity I had to take,” Hale said. “The Dunns run a tight, family-based operation, and that’s something I’m really excited to be part of. When I’m at home or on the road with my nostalgia team, we are a family. All I know how to do is race with family.

“Our decision to put John Hale in the seat was a business decision.” Jon Dunn said. “Jeff is a great driver and friend to our team. We wish him nothing but the best for him.”