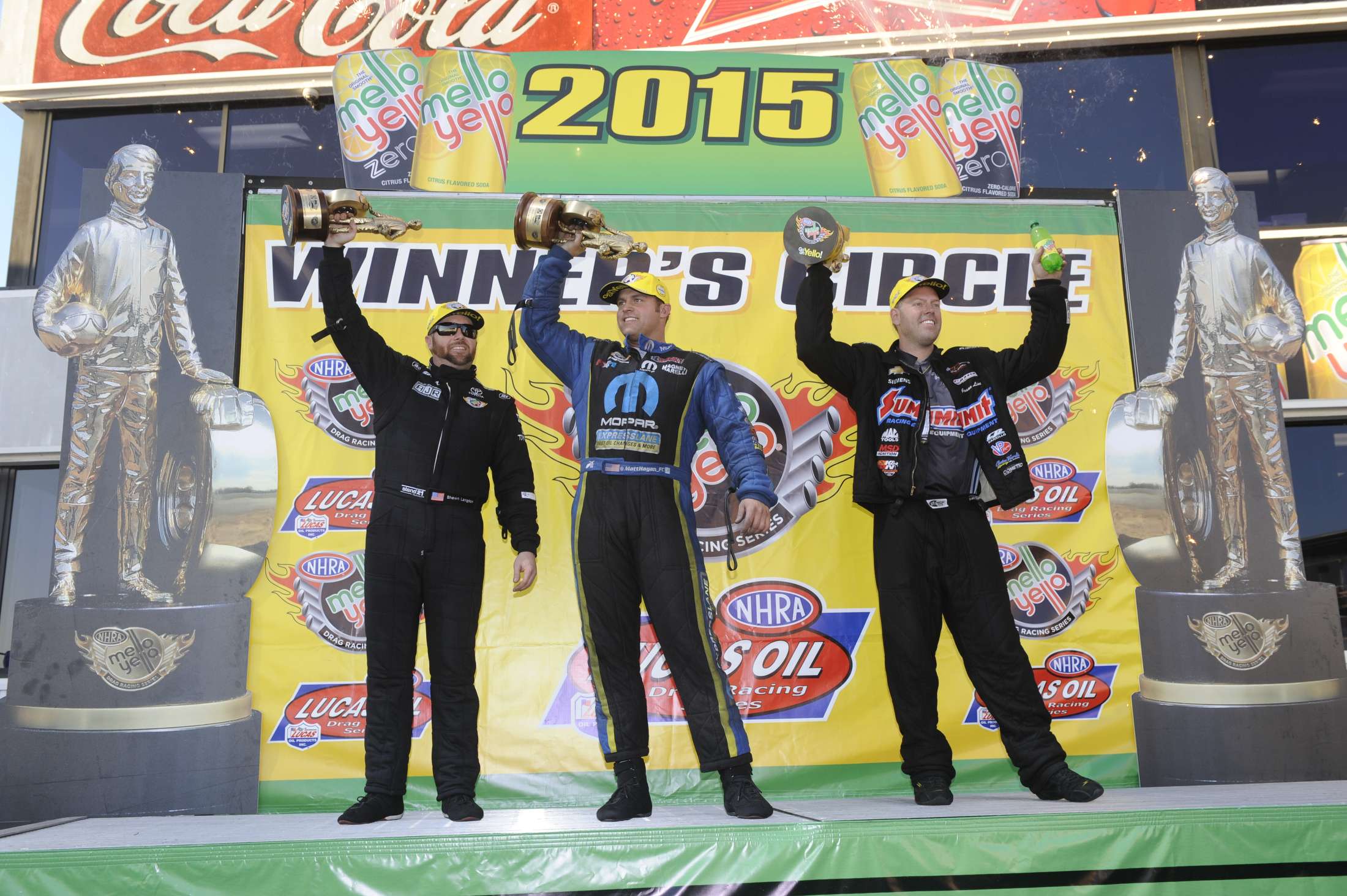 After overcoming a spectacular engine explosion during qualifying on Friday, Hagan and his team rallied to qualify 12th on Saturday. He then powered his Rocky Boots/Mopar Express Lane Dodge Charger R/T to four round wins on Sunday, including a winning final-round performance of 4.011 seconds at 320.89 mph to hold off his teammate Ron Capps at the finish line. Capps’ NAPA Auto Parts Dodge Charger R/T finished in 4.078 at 314.90. 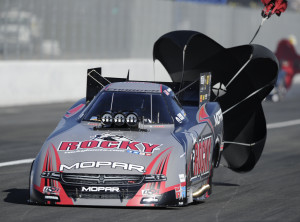 With crew chief Dickie Venables making the necessary adjustments, Hagan said his confidence in his 10,000-horsepower race car never wavered after the incident.

“You try to put it out of your mind and not think about it,” Hagan said. “These [race cars] are animals out there and you never know what you are going to get when you crawl in there to drive one. It’s always an experience. You have to respect it, but you can’t fear it.”

It was Hagan’s second-straight Pomona win, fourth victory overall at this track and his first Winternationals win. He raced past Tony Pedregon, John Hale and Del Worsham in early rounds before beating Capps in the final.

“Pomona is very special to me and it’s an historical track,” said Virginia cattle rancher Hagan of his 15th career victory. “The fans are awesome here. It’s been great. The history of this track and everything that’s happened here through the years, it puts it in perspective for me and makes [winning here] even more special.” 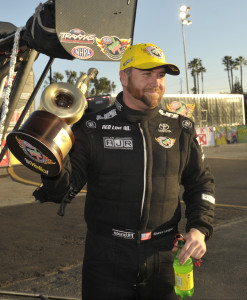 Langdon scored the Top Fuel victory in dramatic fashion by edging rival Antron Brown’s Matco Tools dragster at the finish line. The 2013 champ, who entered this race without a full time sponsor but had support from Food Network star Guy Fieri during the weekend, powered his Knuckle Sandwich/AJPE dragster to a time of 3.799 at 309.91 to finish in front of Brown, whose machine stopped the clocks in 3.804 at 310.70.

It was Langdon’s second Winternationals win and the 10th victory of his career. The win gave the team much needed momentum after their sponsor Al-Anabi Racing from the country of Qatar pulled funding from the team just weeks before the season opener.

“There are things that happen in life and then there are moments when things just fall into place,” said Langdon, the event’s No. 1 qualifier, who posted the quickest time in category history with a 3.700-second run on Saturday. He defeated Steve Chrisman, Leah Pritchett and Spencer Massey in early elimination rounds before racing past Brown in the final.

“We had a lot going on positively with Guy Fieri here this weekend,” Langdon continued. “We had to come out here and do well and make a statement. Now we’ll take what we did here and move on to Phoenix and continue what we are doing. We are still looking for sponsorship and trying to do the best we can.”

Line claimed his fourth Winternationals Pro Stock victory by outrunning rookie Drew Skillman in the final round. Line powered his Summit Racing Equipment Chevy Camaro to a winning performance of 6.545 at 211.83, while Skillman’s Ray Skillman Camaro trailed with a 6.556 at 211.13. It was Line’s 36th career victory and the 91st Pro Stock win for a Chevy Camaro, a record in the category. 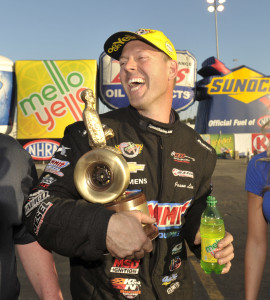 “It’s great to get off to a good start,” Line said. “To be honest, I didn’t expect to come here and do this well. I didn’t think the off-season had gone well enough for us, but apparently it has. And it feels great to win.”

Line outran Joey Grose, Shane Gray and Rodger Brogdon to advance to the final and meet longtime NHRA sportsman racing standout Skillman, who advanced to his first final in his first pro start.

“What a really exciting day,” Line said. “We have some new faces in the class, and congrats to Drew Skillman just for making the final at his first race, that’s phenomenal.”