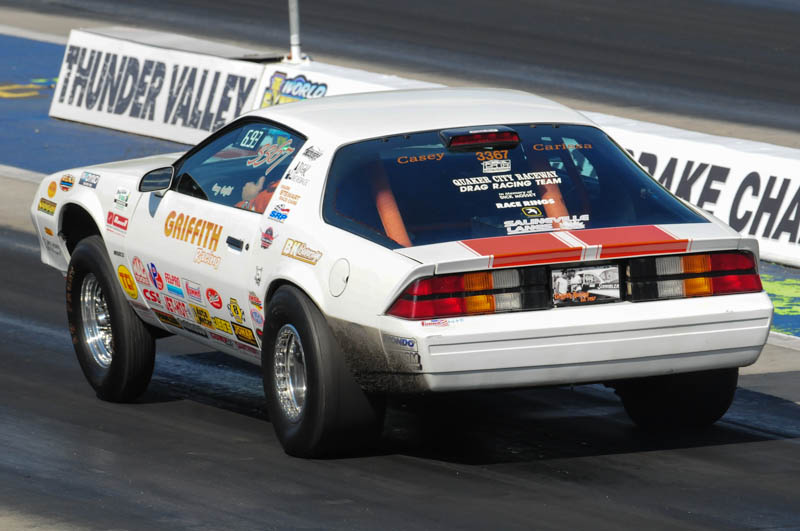 With a record number of entries at the 14th annual BTE World Footbrake Challenge yesterday, and only minor stoppages, Friday’s $10K-to-win was a literal all-day event. Beginning with the first round of eliminations at 12:30 in the afternoon after everyone received a time trial, it was 1:00 this morning when racing was halted with four cars remaining; Lexi Pollard, Charlie Lockhart, Dan Smith and Thursday’s WFC Gambler’s Race winner Corey Griffith.

However, before racing can start, it was time to celebrate the independence of our great country with a celebration of all veterans and active duty personal. VFW Post 6975 Patton-Crosswhite was on hand to present arms and for a playing of Taps and the Star Spangled Banner. A moving tribute to remember why we are here.

Four cars left and maybe it was the late night and early morning racing which may have taken its toll as red-lights plagued both halves of the semifinals. Both Smith and Pollard turned on that dreaded red bulb to advance Lockhart and Griffith to the final round for $10,000-to-win.

Final round and only 0.002 separated the pair in RT but a breakout run by Lockhart moved Griffith to his second straight winner’s circle of the weekend, making the most of his very first trip to the WFC.

With that event in the books, Saturday’s $10K-to-win race began and the tally after the first round increased from yesterday to 550 entries, another new record.

Following round five of Saturday’s main event, the second WFC Gambler’s Race began, running in between the rounds of the main event.

Round seven and the combatants were Dan Caissie, Josh Pickett, Tim Griffith, Andrew Adkins, Brent Hyatt, Kevin Blevins and David P. Harvey III. Round eight, the quarterfinals and the bye run went to Griffith, while the survivors were Blevins, Hyatt and Adkins with all four going to the semis with $10,000 on the line for the winner.

Semifinals and it was Hyatt against Adkins with Hyatt turning on the red-light by -0.005 to advance Adkins. Next up was Griffith and Blevins, with a better RT by Blevins being all it took to earn the win light and a trip to the final round.

Final round for $10K. Blevins held the RT advantage but ran out by -0.005 to hand the win to Adkins.

Still to be completed was the WFC Gambler’s Race. Starting with 192 racers for the first round of the Gambler’s Race, round five was completed before the curfew hour of 1:00 AM. With six left, the decision was made to complete the race first thing Sunday Morning. 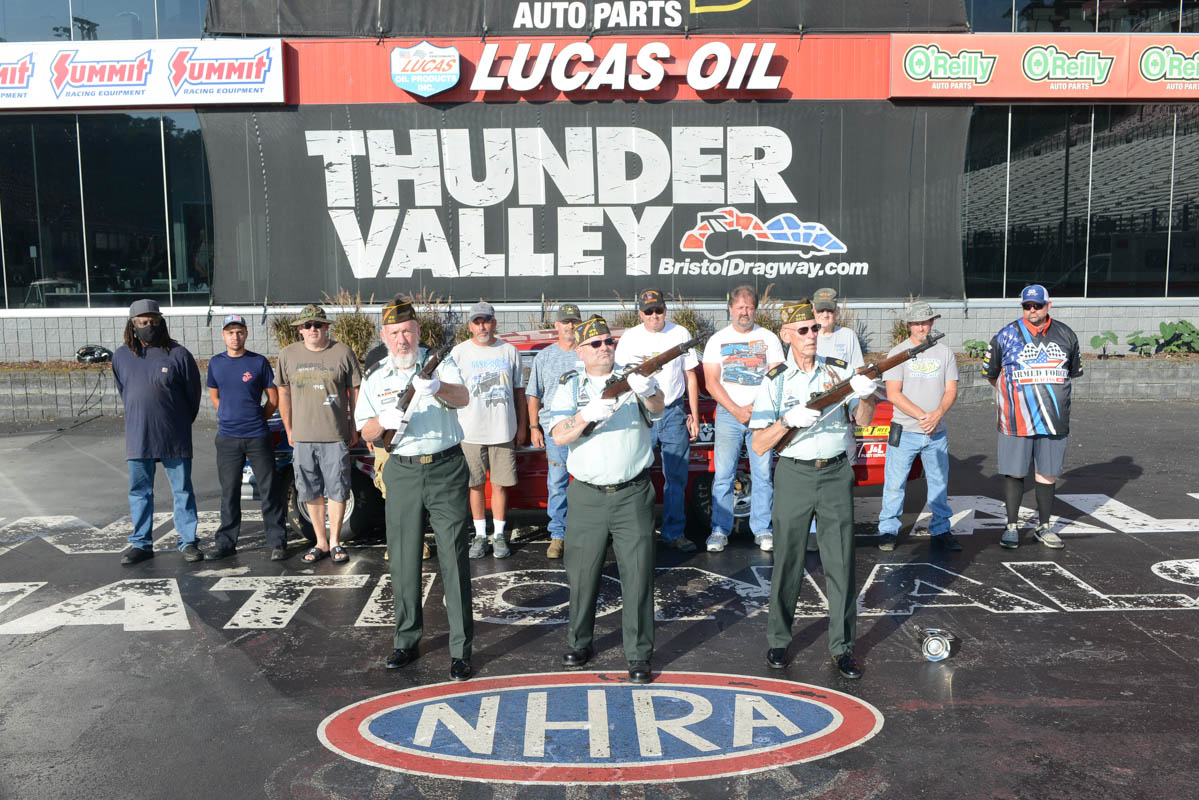