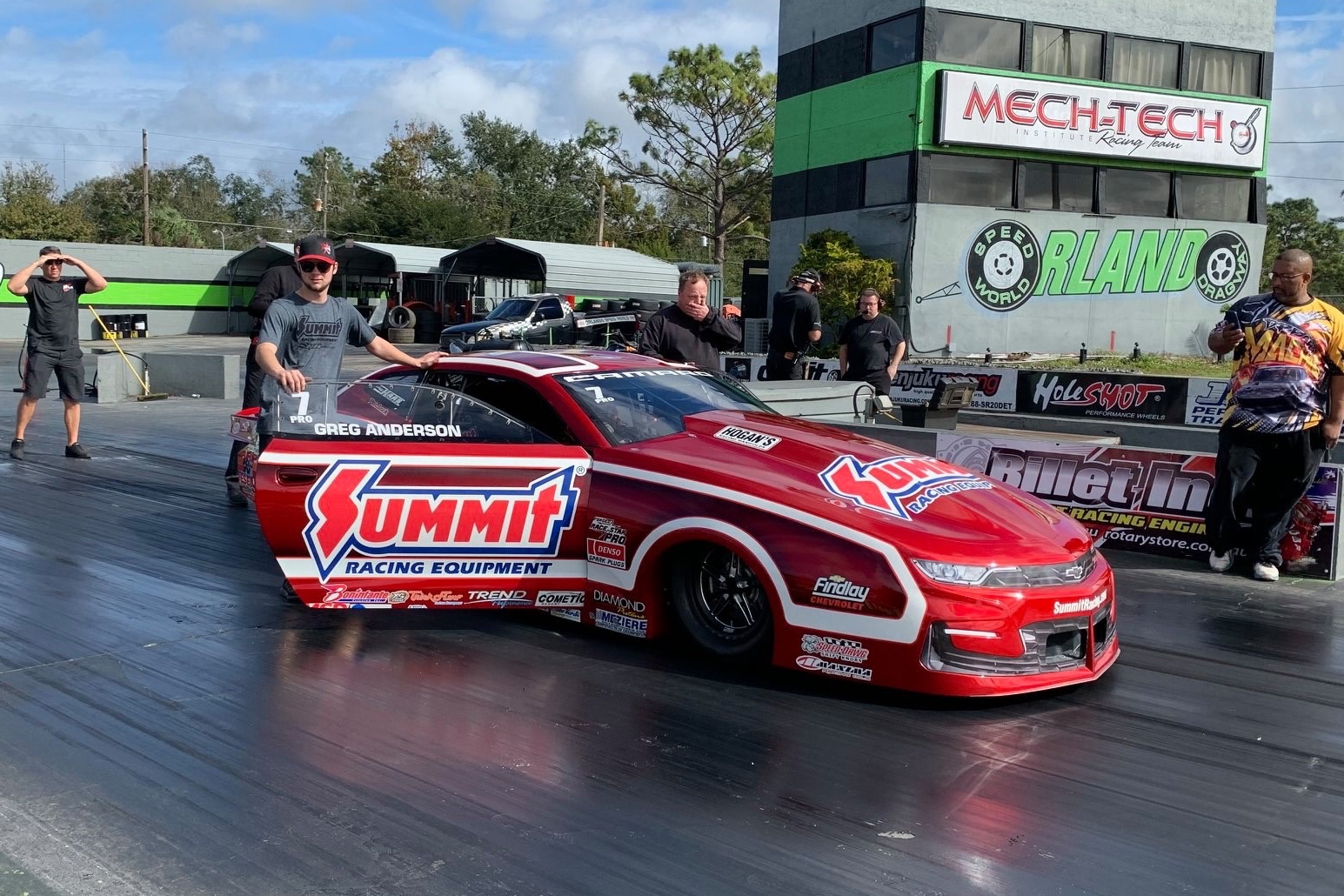 When it comes to one-off, big-money Pro Stock races, there has simply been nobody better than Greg Anderson.

Anderson dominated the NHRA Horsepower Challenge during its existence, winning a Pro Stock-best seven times in 14 appearances. While that specialty race is no longer around, the legendary driver has his sights set on another big-money race, the Drag Illustrated World Doorslammer Nationals.

It takes place March 6-8 at Orlando Speed World Dragway and will pay $50,000 to the winners in Pro Stock and Pro Mod. It matches the payout of the Horsepower Challenge events, which always seemed to bring out something special in Anderson. Now, he’ll try to recreate that magic in Orlando. 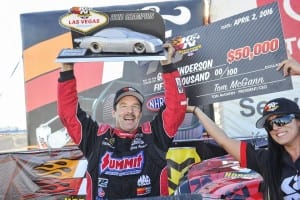 “I loved that race. I would somehow find an extra gear and I always looked forward to those races,” Anderson said. “It’s fun, there’s no stress and you’re not worrying about points. It definitely worked out in our favor a lot of times, so I’m looking forward to this.”

With Pro Stock and Pro Mod sharing the spotlight as the marquee headliners, it also brought back fond memories for Anderson, who has 94 career Pro Stock wins. He remembers big-money races at Budd’s Creek in Maryland and at Woodburn Dragstrip in Oregon, where Pro Stock was always the main event.

The race at Woodburn took place on a weekday between the Sonoma and Seattle stops of the Western Swing, and Anderson recalls it well, confident that the World Doorslammer Nationals in Orlando will have a similar feel in terms of excitement and atmosphere.

“Those were just a ton of fun,” Anderson said. “Pro Stock was the headliner, the star of the show and just all these people would come out. I think you’re going to see the same thing at this race. There’s a huge following for this class, a ton of people love this type of race and it’s going to be big.”

Getting the star treatment and headliner status for a class he’s loved and participated in for decades is a big deal for Anderson.

He’s seen Pro Stock at its peaks, watched it struggle and is now proud of its recent resurgence. The class – now racing an 18-event schedule – is revitalized heading into 2020, which is perfect timing heading into its 50th anniversary season.

A $50,000-to-win race adds to that celebration, and Anderson doesn’t hold back when talking about Pro Stock’s current place in the sport.

“I think (this race) going to open a lot of people’s eyes that there is a huge following for this class,” Anderson said. “It can stand alone. You don’t have to have a big brother there.

“I really feel in the bottom of my heart it’s the strongest class out there. We’ve changed the business model and made it so people can come in and rent equipment and race, and it’s opened a lot of doors. Between the four professional classes, if you would ask which is the most stable, I would say it’s Pro Stock.

“It’s gaining in popularity and gaining in racer count, and I’m very proud of that.”

Anderson is also looking forward to his first official race in Orlando, though the veteran standout has developed a recent affinity with the first-class facility.

Needing a place to test last year, Rickie Smith suggested Orlando to Anderson and the KB Racing team. Anderson obliged and headed to the track for the first time.

What followed was a remarkable experience, so much so that Anderson and his all-star team tested again there this past week in anticipation of the NHRA season-opener next month in Pomona. He has nothing but rave reviews for the entire facility, giving Anderson one added measure of excitement for March.

“We gave it a try and I was absolutely amazed,” Anderson said. “The track is as smooth as glass, the pit area is beautiful and it was just an incredible experience. I love it and I love the track. It’s a perfect location and Orlando is now our test bed. It would be really great to get a win there and it would definitely set a great tone for the year.”