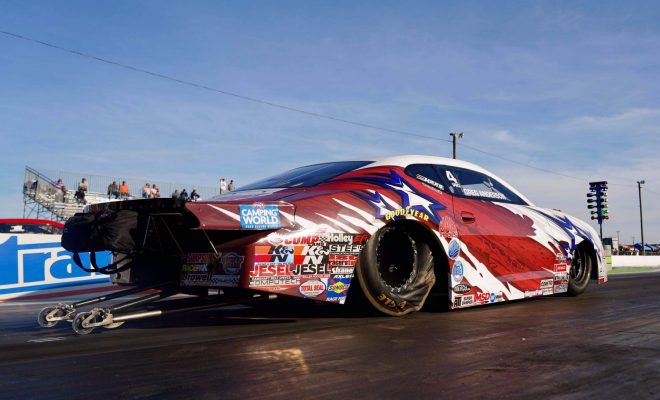 The four-time world champ rocketed to the top of provisional qualifying at Friday’s CTECH World Doorslammer Nationals presented by JEGS, impressing the crowd with a run of 6.531-seconds at 210.14 mph in his Chevrolet Camaro. Anderson is a longtime standout in the Pro Stock shootout events and advanced to the final round of the inaugural race at Orlando a year ago.

He was also the provisional No. 1 qualifier on Friday in 2020, putting him in a strong position to again contend for the $75,000 prize on Sunday.

“I feel confident and things are definitely going the right way,” Anderson said. “We tested for a couple of days and we got a good handle on the car, and now I’m working on the engine tune-up. I feel like we can run really well. That’s great and that’s reassuring, but there’s a lot of cars that can run really well. You feel like you’re on top of the mountain and then you see you’ve got less than a hundredth on the next car. But we’ve got a car that can compete and challenge for big money.”

Joining Anderson as the provisional No. 1 qualifier was Khalid Al-Balooshi in Pro Mod.

Anderson tested earlier in the week and made a pair of solid runs on Friday as he looks to take it one step further than he did last year and claim the largest single-race prize in Pro Stock history. It would be another monumental achievement for the 94-time race winner, but it’s not going to be easy.

Troy Coughlin Jr., racing the same car his uncle, Jeg Coughlin Jr., drove to the winner’s circle in Orlando last year, is qualified second after going 6.540 at 210.41 in his JEGS Camaro, and Kyle Koretsky is third with a 6.543 at 211.16. Defending Pro Stock world champ Erica Enders sits fourth with a 6.548 at 211.06 heading into the final day of qualifying on Saturday before Sunday’s eliminations.

Temperatures are expected to dip heading into raceday and Anderson knows he must be prepared for that as well.

“You’re going to have a weather change and a track change, so you’ll have to make changes,” Anderson said. “It’s another challenge and that’s good. You’ve got to be ready because everybody here is going to have to make adjustments. That’s great and an extra challenge, and I’m looking forward to it.” 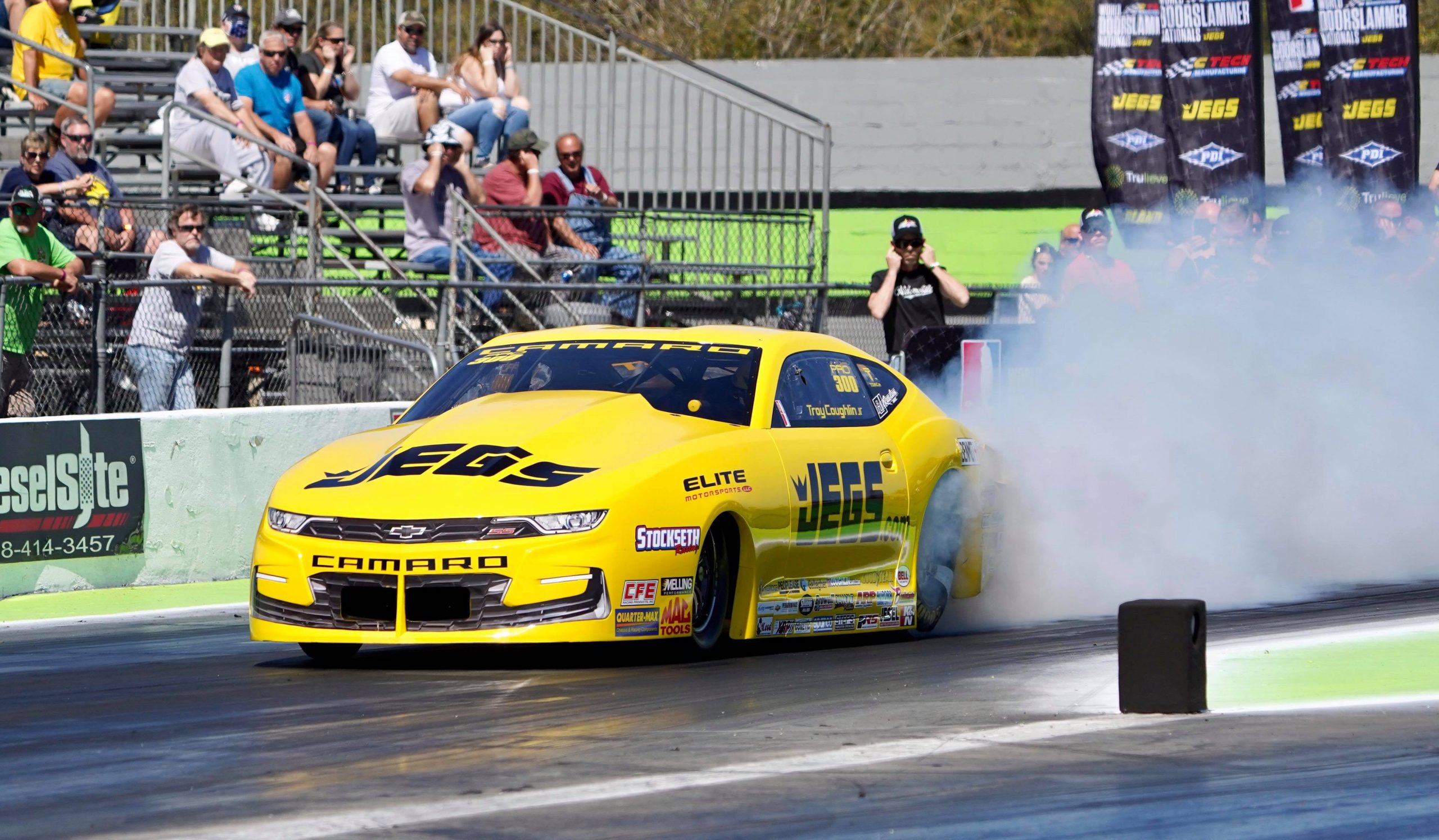 Coughlin couldn’t have asked for much more as he begins his second season in Pro Stock. He had the best run of the opening session and stayed consistent, crediting the standout team behind him at Elite Motorsports.

“Everybody here on this JEGS team has worked impeccably,” Coughlin said. “They put so much effort into this and the work ethic speaks for itself when it comes to results. I’ve got a lot to learn, but I’m in a great place with greater people keeping my mind in the right place. They keep my confidence up and I think we can be a contender. It’s just about focus and finding a good read on the conditions, but this team gives me a ton of confidence.”

Koretsky is another young talent who continues to impress in the Pro Stock ranks. Like Coughlin, he started his Pro Stock career in Orlando a year ago and he appears to be a natural in his Lucas Oil Camaro. He was again consistent during qualifying and believes he has a car capable of winning the $75,000 prize.

“Everything felt good out there. The team is working well together and I think we’re ready for a big day,” Koretsky said. “I’m a lot more confident in myself, I’m a lot more comfortable and things are just coming a lot more natural this year. This is a special race and place for me, so hopefully, we can keep it going.” 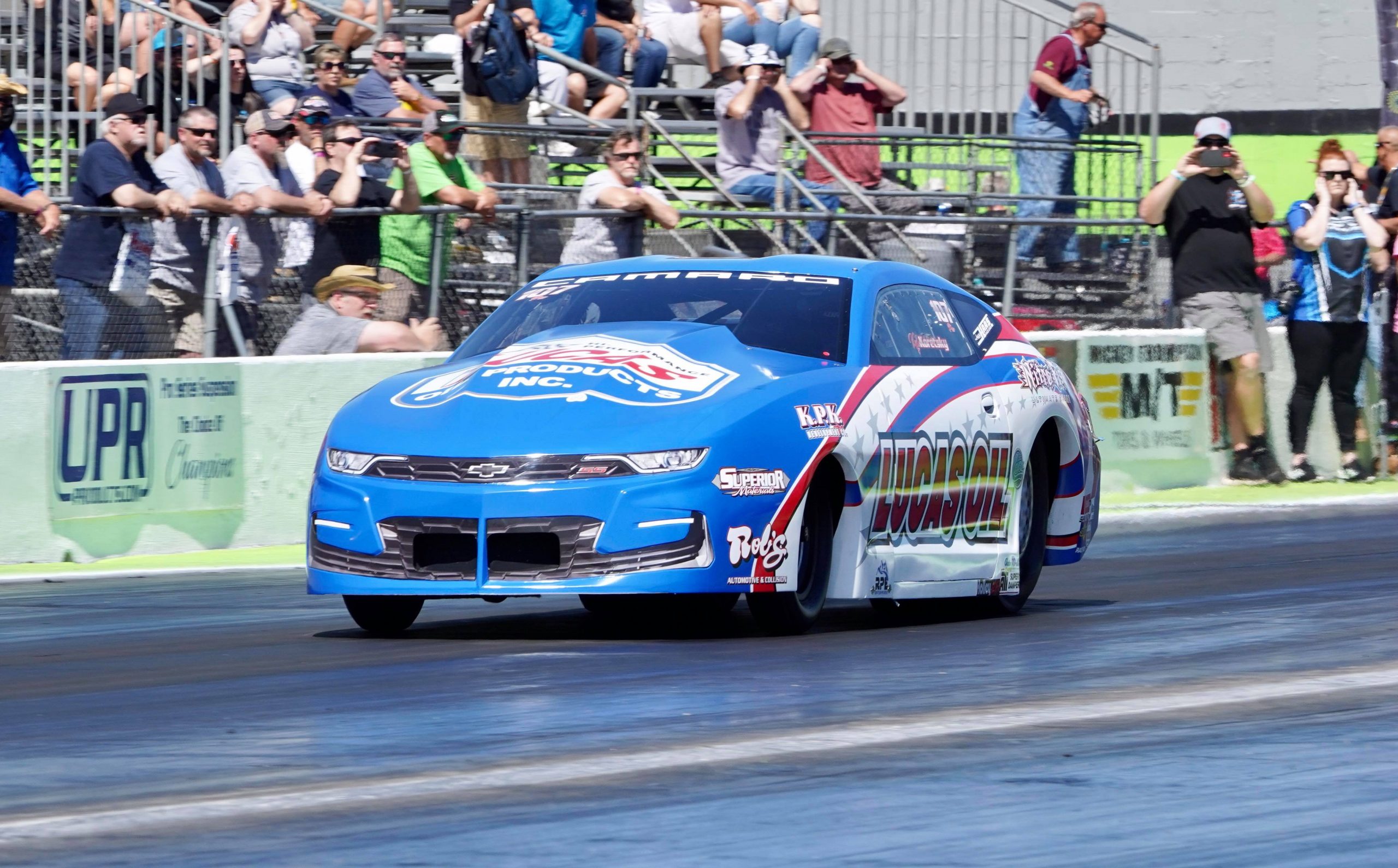 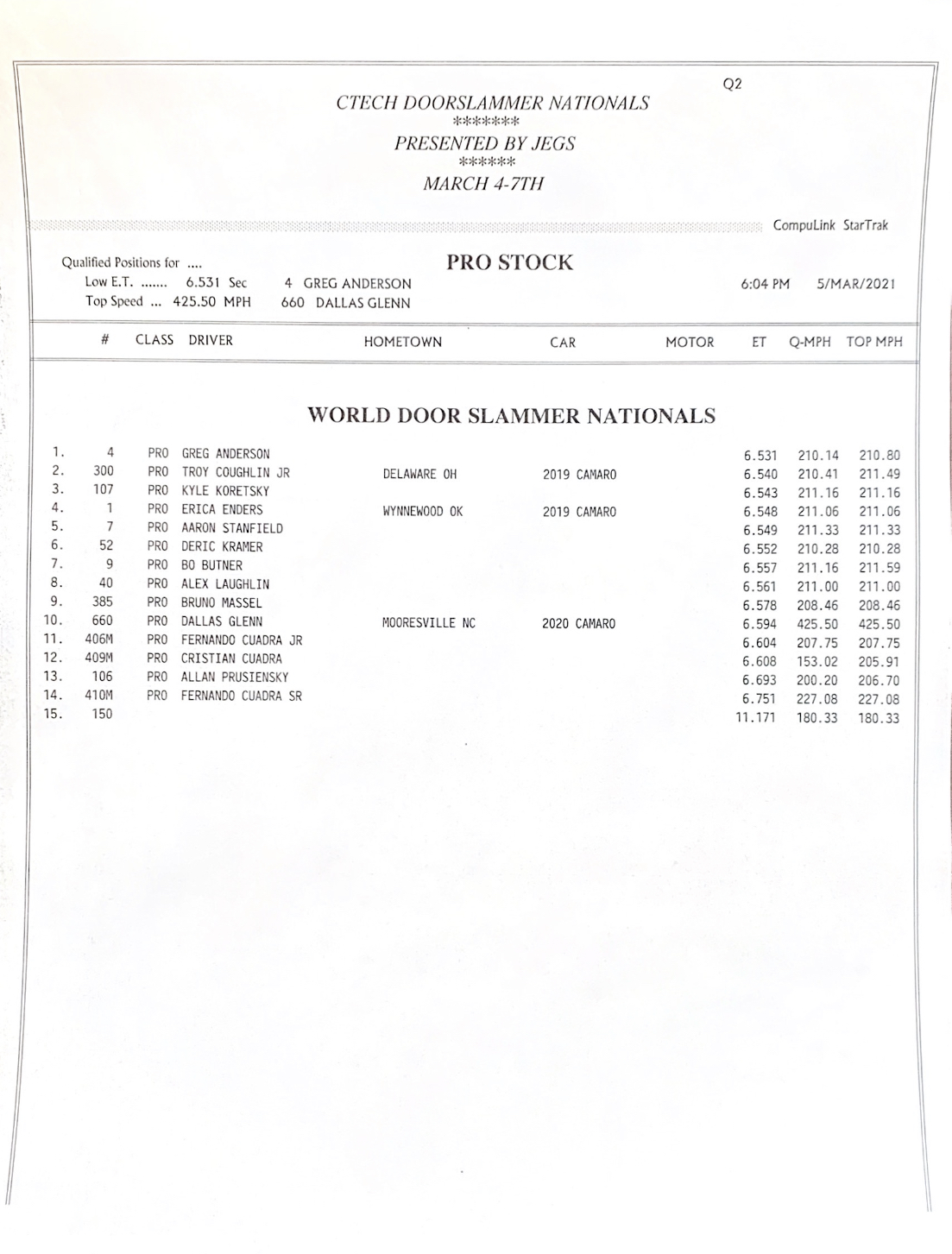