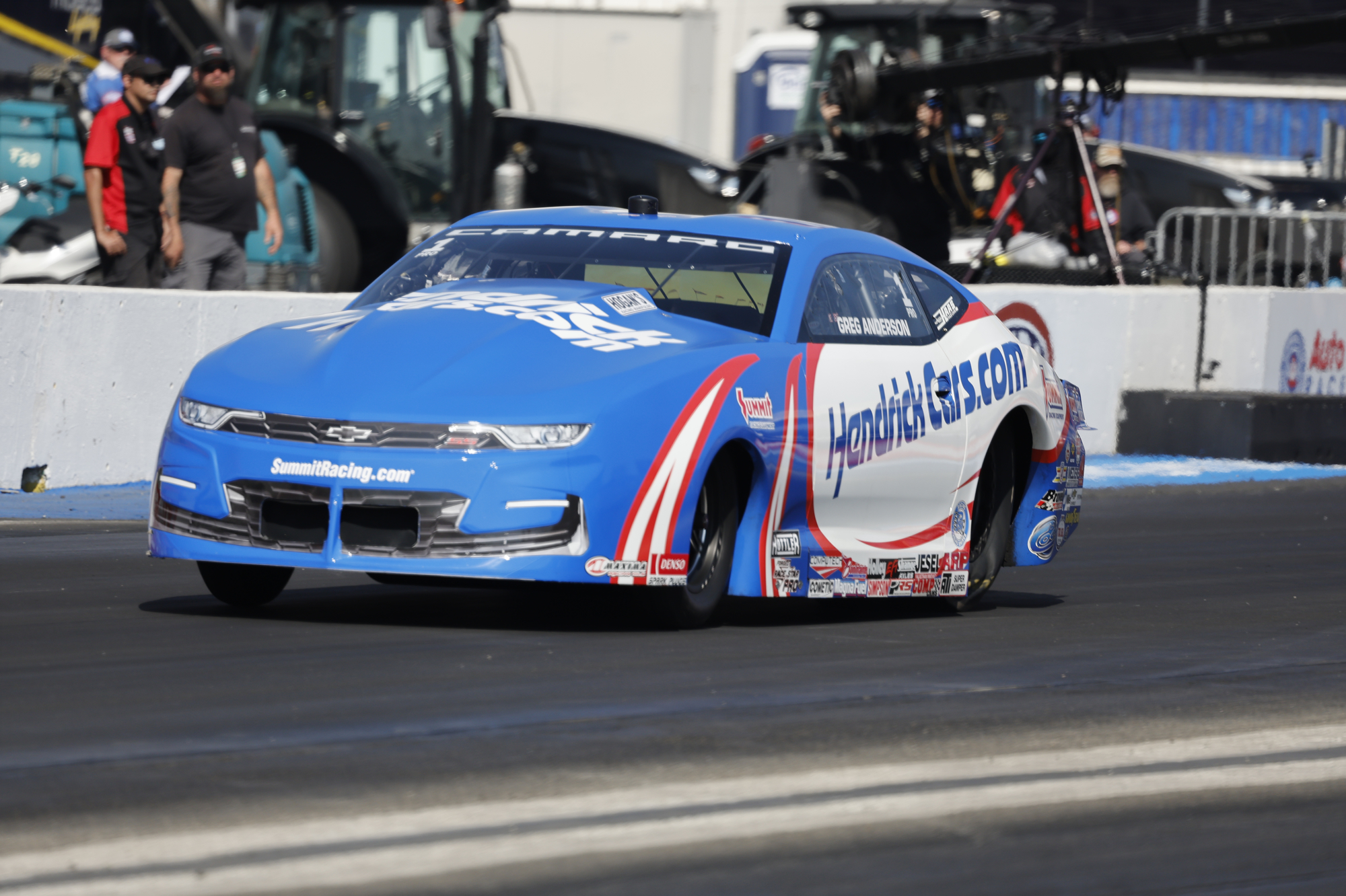 The first race of the 2022 season of NHRA’s Camping World Drag Racing Series concluded in spectacular fashion for Pro Stock’s most winning driver and reigning class champion Greg Anderson, but his accelerated heart rate didn’t come from victory – it came from nearly losing control of his HendrickCars.com Chevrolet Camaro instead of advancing to the final.

In the semifinal round of eliminations at the Lucas Oil NHRA Winternationals, Anderson came face-to-face with what every driver tries to avoid.

“The first two qualifying passes, the track was perfect. It seemed to get progressively worse each round today, and there it was particularly bad,” said Anderson. “It smoked the tires like a Top Fuel car at 1,000-foot.”

The Goodyears snapped loose from the racing surface and the back end of Anderson’s HendrickCars.com Chevrolet Camaro sashayed wickedly before settling. The 99-time Pro Stock winner was halted from advancing to the final but thankfully averted disaster.

“I thought I was a goner,” he said, noting the sensitivity of Pro Stock cars, which dance across the racing surface barely in control on their very best passes down the quarter-mile. “I don’t know how it [settled], but I’m sure glad it did.”

Anderson defeated Mason McGaha with low elapsed time of the first round (6.531-second) and squeaked by a close one with KB Racing teammate Deric Kramer in the second round, getting the win light by just .008-second.

As far as the overall takeaway from the weekend, Anderson was somewhat disappointed. He qualified in the No. 4 position and gained four bonus points as the quickest car in one session and third quickest in another. Anderson leaves Pomona No. 3 in the Pro Stock standings.

“We did okay, but that’s not good enough,” he said. “We have to go back to work. It’s obvious that some of the other teams have gained on us. We can run as fast as anybody right now, but we can’t run faster. We want to outrun everybody, like we did last year, so we have to get back to work and figure out how to find more power. The HendrickCars.com Chevrolet Camaro is fast, and that’s great. But we need it to be faster. That’s what we’re going to work on.”

The next event for the NHRA Camping World Drag Racing Series Pro Stock competitors will be the NHRA Arizona Nationals at Wild Horse Pass Motorsports Park in Chandler, Ariz., February 25-27, 2022.