Earlier this summer the Holley NMRA Ford Nationals saw several changes to its schedule when the Ford Motorsports Nationals was rolled into the NMCA All-American Nationals and eventually bringing the double race to US 131 Motorsports Park. Ultimately, the event became known as the Arrington Performance NMRA/NMCA All-American Nationals Presented by Force Engineering and it was spectacular with a record-setting 653 vehicles in competition between the two sanctioning bodies, all fighting to celebrate in the Aerospace Components Winner’s Circle.

The VP Racing Maddatives/Mickey Thompson Street Outlaw was fast-paced with a few heavy-hitters looking to play spoiler with Rob Goss and Ron Rhodes making an appearance in the crossover category. Goss made his presence known quickly by walking to the top of the ladder with a stout 4.28 at 171 mph. The Mustang crowd was armed with plenty of firepower from the likes of Dom DiDonato, Tony Hobson, Alan Felts, and many more. Goss took on all defenders with his 2010 Dodge SRT Challenger Drag Pak and found himself in the finals against Alan Felts. It was the classic supercharger vs. turbo match-up with Goss packing a ProCharger and Felts a turbo. The Dodge racer overcame a slight holeshot to drive past Felts with a 4.27 at 169 mph to a 4.35 at 168 mph. It was Goss’ first trip into the Aerospace Components Winner’s Circle in nearly a year. 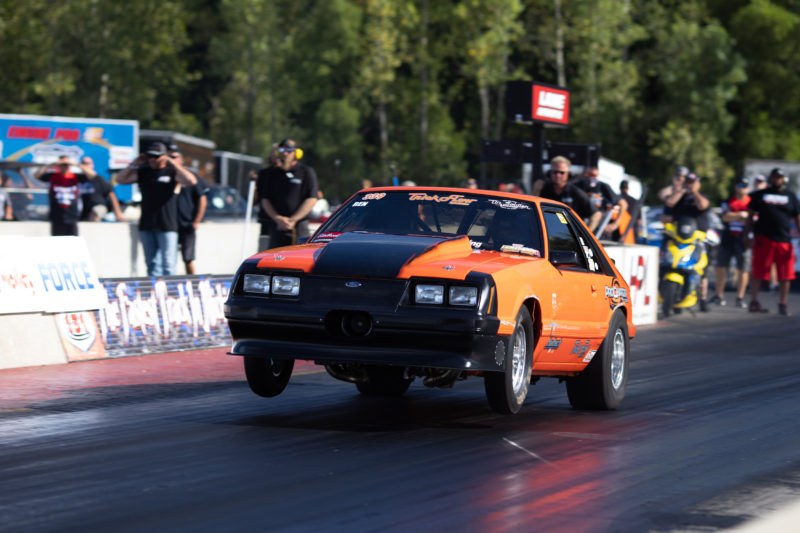 The other crossover category that mixes NMRA and NMCA class cars is the Edelbrock Xtreme Street/Renegade eliminator. The 275 radial category was insanely competitive with the top 16 cars spread out by just 1.5-tenths and a total of 23 entries! Brian Keep pushed his Chevy Camaro to the top of the heap in qualifying with a 4.66 at 149 mph and it was a bare-knuckle brawl during eliminations. Defending Modified Street champion Martin Connelley made an impressive display of consistency on his way to the finals in the crossover class. He met George Farkouh and his 2010 Camaro, carrying sponsorship from American Racing Headers. Connelley unleashed low ET event with a 4.64 at 153 mph to beat Farkouh’s 4.65 at 152 mph. 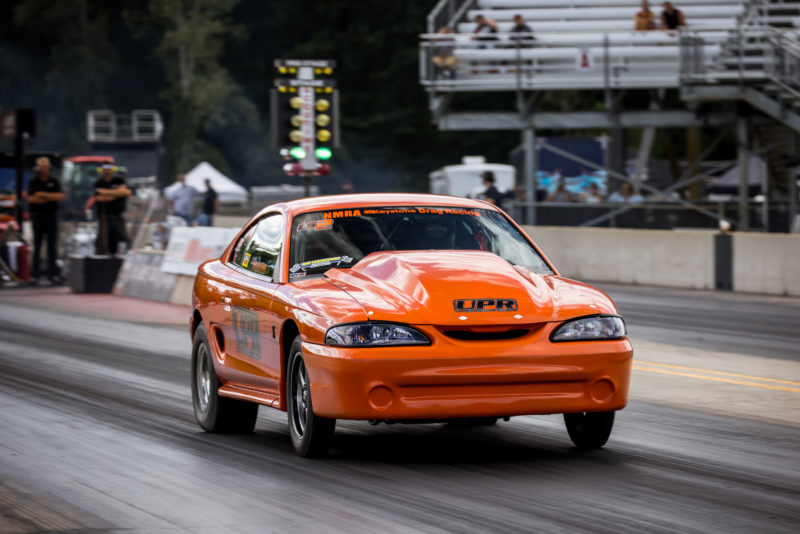 A wide mix of combinations continues to be the theme in the JDM Engineering Limited Street class with several quick entries using Roots-blown Coyotes to centrifugal supercharged rides, and now nitrous-powered machines. Bill Putnam continued his hot streak in the category when he pushed the UPR Products SN95 Mustang to the top line of the qualifying sheet thanks to an 8.52 at 161 mph, edging out Chad Wendel who posted an 8.55 performance. Wendel and Putnam nearly match the other’s performance round after round until they found themselves in opposite lanes for the finals. Putnam used a perfect reaction time and record breaking 8.51 at 161 mph effort to visit the Aerospace Components Winner’s Circle for the fourth straight event. He also locked up his first NMRA national championship this weekend, as if his performances didn’t solidify his dominance in 2020.

Richmond Gear Factory Stock continues to go quicker and quicker each passing event and Mark Anderson pushed the class to the cusp of the 10-teens when he cranked out a 10.20 at 128 mph performance to lead the field of Coyote 5.0 cars with his 4.6L Two-Valve combination. The fast weekend ended with veteran John Leslie Jr. grabbing the win over Anderson and making a big move in locking down his first championship title. Leslie took the strip with a 10.28 at 129 mph to Anderson’s 10.35 at just 115 mph. Moving over to G-Force Racing Transmissions Coyote Stock, the field was all about #TeamBev and keeping the Lamb family in their thoughts as they power-shifted to low 10-second runs. It was practically a wheelie competition on Saturday night qualifying and it was Drew Lyons piloting Clair Stewart II’s notchback to the top qualifying position with a 10.13 at 130 mph. His luck continued on Sunday as he matched up against Nate Stymiest in the finals. Lyons got the automatic win when Stymiest went red at the launch. It would’ve been a close final as Lyons unleashed a 10.14 at 130 mph and Stymiest ran 10.20 at 130 mph.

The ARP Open Comp brought out 27 fierce competitors in the unique category that blends index racing and bracket racing on a Pro tree. Joe Talarico cracked off a .0004 reaction time, it was one of three near perfect reaction times in qualifying with Bill Jones scoring the second best with a .0007 from his “Dirty Bird” Ford Falcon and the third was Steven Daniels with a .0009. Kentuckian Gordon Harlow emerged from the field as the leader when he dispatched Scott Dronkers in the finals. Harlow ran 10.19 on a 10.14 index to best the local racer who ran 10.11 on a 10.02 index.

The overhead camshafts in modern Ford V-8 engines filled Exedy Racing Clutch Modular Muscle and the most unique car in competition, a 1973 Mercury Capri, driven by James Meredith sat alone on top of the ladder thanks to his .0007 reaction time. The final paired two veterans of the category; defending series champion Charlie McCulloch who lined up against Adam Cox. The defending champion put together a great package when he nailed an 11.08 on a 10.96 to beat Cox to the stripe, who ran 10.26 on a 10.18.

ROUSH Performance Super Stang is designed for 2005 and newer Mustangs that compete in an Index format, attracting street and hardcore strip stormers to its ranks. Full-time scribe and part-time racer Kevin McKenna worked his way to the top with his 2013 Mustang GT thanks to a .0122 reaction time, which is impressive for a footbrake street car. As the day wore on it became apparent that Levi Wendel was the one to beat in the eliminator. He took down Don Helms and McKenna to earn a spot in the finals. Wendel met defending world champion Larry Firestone in the big money round and drove right into the Aerospace Components Winner’s Circle thanks to an 11.38 on an 11.29 index.

The Detroit Locker Truck & Lightning category saw the prominent three-time champion, Randy Conway, ran the table on the category. The Coyote-powered Ranger helped deliver Conway to the top of the 12-car ladder thanks to a .007 reaction time. He would add another Edelbrock Victor trophy to his collection as he faced Mike Roup in the final round. Conway nailed a 10.29 on a 10.27 index to turn on the win light over Roup, who posted an 11.39 on an 11.33 in his 1970 Ford Ranchero.

Race Pages Ford Muscle operates off pre-determined indexes that competitors declare before qualifying ends. David Mormann continued his championship-leading performances in Michigan. He would face former champion and the number one qualifier Danny Towe in the final round. Mormann posted a 16.14 on a 16.00 index to take his second trip to the Aerospace Components Winner’s Circle of the year; Towe cranked out an 11.91 on an 11.75 for a runner-up finish.